A Time to Cherish 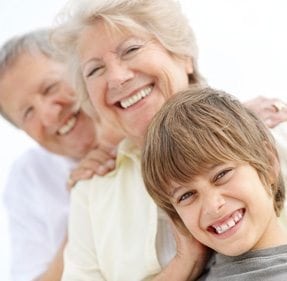 With the holidays fast approaching, family is often foremost in our minds, especially our most cherished gifts, our children.

But for some, the holidays can be a painful time, especially for grandparents who want to visit with grandchildren but cannot. In a perfect world, family’s would be able to work out these situations in the best interest of the children. Unfortunately, that’s not always possible.

You may have heard that grandparents have no rights with regard to timesharing or visitation of children in a divorce or a paternity case. That’s partially correct.

The Florida Legislature enacted grandparents’ rights statutes but because of our state’s strong constitutional provision regarding the right to privacy all three of those statutory provisions were declared unconstitutional by the Florida Supreme Court. The provisions, enacted in 2005, were fairly broad. One of the sections provided that, if a child had been living with a grandparent “in a stable relationship,” the grandparent would have the same right to timesharing of the child as the parents. The determining factor was to be the best interests of the child. Another provision granted grandparents visitation rights and the right to enforce visitation through the courts. In declaring these statutes unconstitutional, the rationale of the court was that parent’s fundamental right to raise a child free from governmental interference and parents’ right to privacy under the Florida Constitution were infringed upon by these statutes. This was a blow to grandparents who, despite loving their grandchildren, could not force an unwilling parent to allow them to have contact with the child.

However, there are instances when grandparents may have timesharing or visitation rights. Florida has adopted a statute that allows family members (with at least a third degree of blood relationship) to seek timesharing of a child under certain circumstances. The intent of the statute is to temporarily provide for a child in the event that the child isn’t being properly cared for by his parents. The burden of proof is on the petitioning relative to show that the parent or parents are unfit.

To get timesharing of a child under this statute is difficult. The state clearly asserts that parental rights should not be interfered upon short of abuse, neglect, or abandonment. However, there have been cases where a court proceeding involving the dependency of a child has occurred. Those cases are usually filed by the state when a case worker feels that intervention is required to protect the child.

While it may seem that grandparents and other family members do not have much hope for obtaining permanent timesharing of a child, Florida has ensured that in certain situations there is potential for them to obtain temporary timesharing.

During the holiday season, it’s important to realize that family is the most important gift we have been given. We can all take solace in the fact that Florida has provided the means for making sure that parents’ relationships with their children are protected and that, in unfortunate situations, the state has provided a means for allowing other family members to step in and protect and nurture our children when we cannot.

K. Dean Kantaras is board certified in marital and family law. Visit www.kantaraslaw.com to learn more.