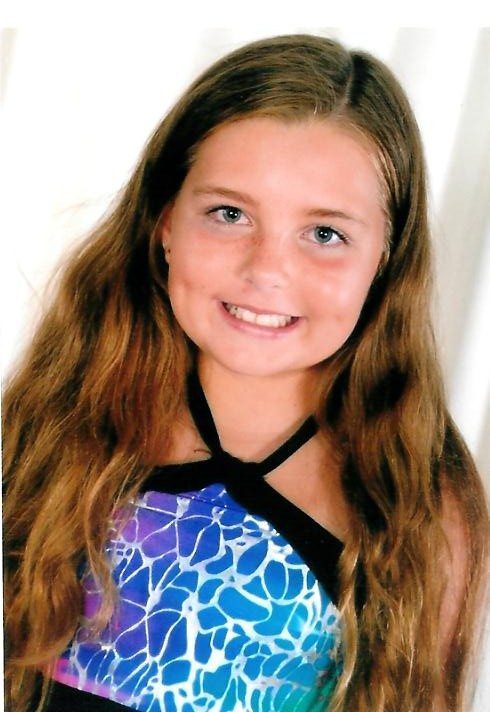 We would like to nominate Alley Pauley as an extraordinary Girl because she strives everyday to improve herself and the world around her, though her hard work in School, as a Girl Scout, and as a caring Citizen. She is a kind hearted, caring individual. Alley works diligently with her studies at Nativity Catholic School. She continues to receive straight A’s in Academics and Conduct. She is involved in extracurricular activities at her School such as, she was the Team Manager for the Girls Nativity Volleyball Team. She is a member of the Art Club, Technology Club, and the Readers/Writers Club at her school.

Alley, asserts herself with extra Curricular Activities as well. She attends Dance Class. She has been a Dancer at “Judy’s Dance Academy” for nine years in Jazz, Ballet, Tap, and Baton Dancing. She shares her Gift of Dance in a Recital in Lakeland. Alley has a Musical Gift as a Violinist. She has asserted herself as a Student of the Suzuki Method for six years. She Participates in the Certificate Program. She shares this Musical Gift throughout her Community by playing at Elderly Retirement Homes and Nursing Homes throughout the Hillsborough District. Alley is also a Volleyball Player for Tampa United. She works hard to improve her skills with her position as a “Setter” in Volleyball by diligently attending practices, extra Volleyball Clinics, and attending Volleyball Tournaments. Because of this, she understands the importance of Physical Education and living a Healthy Lifestyle.

As a Girl Scout of six years, Alley understands the importance of improving her world around her. She has studied the Girl Scout Law and Promise and has put them into action in her Community. This fall, Alley participated in making Paper Peace Cranes to send to the Girl Scouts in Japan, after the Tsunami. For this, she earned her “World Neighbors Badge.” Alley has been very involved with her Community by making Peanut Butter and Jelly Sandwiches for the Homeless with the Nativity, Peanut Butter and Jelly Ministry. She collected small Toiletries such as Shampoo, Conditioner, and Soap and she donates them to the Ministry. These items were distributed to the Tampa Homeless during the Holidays. She also has donated items for the Military such as Girl Scout Cookies. She even wrote letters to the Military in their support during the Holidays. Alley, donated her own personal used books and games to “Everyday Blessings Orphanage.” She has learned the skill of earning money, by selling cookies, and through her efforts she donated cookies for the deployed Military. She worked with her Girl Scout Team in a Take Action Project. Alley, adopted a 3 year old Australian Cattle Dog from the Humane Society of Tampa, and because of this, she understands the importance of taking care of animals. She made dog blankets from fleece, she collected dog food, treats, cat food, toys, she also, made homemade Dog Treats, all of which she donated to the Hillsborough Dog Shelter to help the animals, who are sometimes forgotten. For this “Take Action Project, she earned her “Bronze Award” which is the most prestigious Award earned by a Junior Girl Scout. All of these things earned Alley, her “Good Citizen Badge.”

Because of these reasons, I hope you will consider Alley as a potential applicant for your “Extra Ordinary Girl.” Besides, Alley working hard at her School and Community, she has a very caring way about her. She is very respectful, kind, and well liked by her Teachers and Friends. Alley has a Kind demeanor about her, and she always tries to make friends with new people with her bright smile, her excellent interpersonal skills, and her kind heart. Please consider, Alley as an applicant, thank you. 