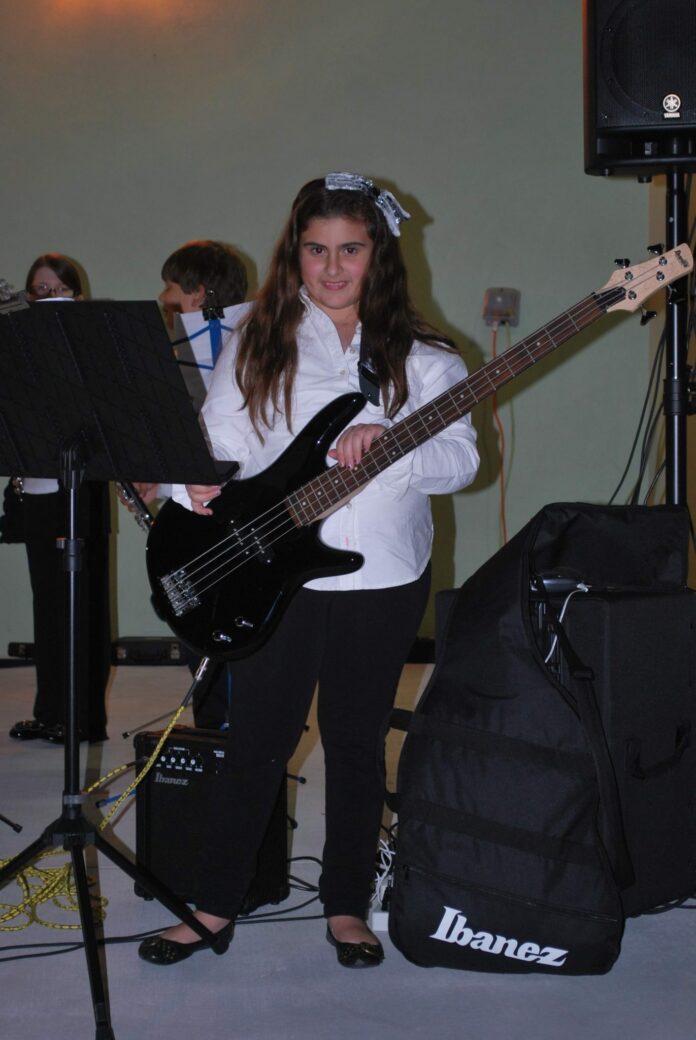 Angela is an Extraordinary girl that has alot to offer. Angela who is 10 years old is in 5th grade at a fundamental school, throughout her entire elementary school years she has at least been on Honor Roll every time. Angela has been part of many sports but enjoys more being part of clubs. This past year Angela has been part of a Hip Hop class, along with being in Storytelling club, Chorus, Second year Band, where she plays the Electric Bass, an instrument she had to try out for. Angela has also been part of Safety Patrol for two years and was asked to be in Girlfriends Club last year. This is her second year in Girlfriends, were girls are picked by the great example they set in and out of school, she participates in meeting each month and plans to be part of this club through her middle school years.
Angela also is part of Girl Scouts and has been since the age of 4, when she joined her daisy troop, when Angela moved to her Brownie year I became her leader and we have been in this great organization together ever since. Angela loves to not only be able to earn the badges and do the activities but loves to do the community service that goes along with being a girl scout we have done service project for the humane society, for the Angel’s house, she along with the other girls in the troop have packed and mailed care packages to the soldiers, made dinner for a family in the community. Angela also participated with her troop on informing our girl Scout community on the importance of being an Organ Donor. Angela has done beach clean ups and is very concious of her community and helping go green.
Angela is also part of GAB (girl advisory board) in her Girl Scout Community here she has helped come up with a project for our Girl Scout Community to go green, where she came up with ideas on how the girls and adults in our Girl Scout Community can do things a little different to be more Earth friendly.Angela isalso part of creating a rain garden group throgh GAB.
Angela above all loves being an older sister to a 4 month old sister and a 7 year old sister, whose Daisy Troop she loves to help out with, she has even helped them earn a badge and earned her Junior Aid badge.
Angela is a very loving and giving person, we are very proud of all that she does.

Extraordinary Girl Nomination Well just moving from Michigan 7 months ago was an exciting adventure for her, not only did she had to make changes...
Read more