Ask the Doc: What is RSV? 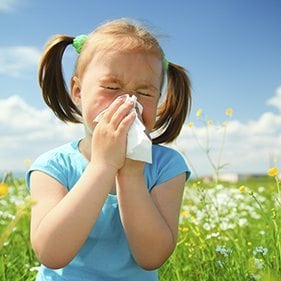 Virus season is upon us. It is time to begin our yearly ritual of spraying Lysol and antibacterial cleaners on everything we touch, rubbing our hands and our children’s hands with sanitizer, and feverishly doing everything we can do to avoid an actual fever. But for many parents, this virus season can bring RSV. Dr. John Prpich, pediatric pulmonologist from St. Joseph’s Children’s Hospital took time to answer our burning question: is it RSV, or a cold?

What is RSV and how does it differ from the common cold?

Typically a lot of kids will get a pretty benign upper respiratory tract infection and the symptoms are similar to a common cold. There can be nasal congestion, coughing, some difficulty taking their bottle because of nasal obstructions, but it really looks almost identical to a typical cold. It is a very similar process. But the other 25-40 percent of kids will have a rather significant upper or lower respiratory tract infection or an infection in the lungs that we call bronchiolitis. That is the condition that typically registers in people’s heads because it is more significant. There is a cough, more inflammation, and those are the kids that are often wheezing. A significant number of those kids will end up getting hospitalized for that process. There are close to 60,000 hospitalizations a year for bronchiolitis for kids, so being hospitalized for RSV is not rare. Of course there are also many visits to the pediatrician as well.

While a lot of kids may have symptoms that are similar to RSV, there isn’t a risk of it turning into a lower respiratory tract infection that will cause more symptoms in a common cold.

Can RSV cause bigger issues?

When we talk about bronchiolitis in RSV, the reason that virus triggers in the child a lot of swelling or inflammation in the tubes of the airways. It also triggers a lot of mucus production. And in some kids, a smaller subset of kids, there may be some bronchospasms. Most of the kids are really just coughing and are very noisy and when you listen with a stethoscope they may wheeze, but the wheezing is from the narrowing, inflammation, and swelling. That is why that wheeze is often different from asthma although we use the same word. Because of that, there is often a lot of confusion because families will think that because their child has RSV that they have asthma.

How is RSV treated?

Depending upon the ER, if they aren’t used to treating RSV, they may think the child has asthma, but it really is a different process. The majority of children who are admitted to the hospital with RSV bronchiolitis, the treatments that we use for asthma often don’t work. Sometimes they do, so we try them, but otherwise typical treatment is what we call supportive care. This includes oxygen if they need it, maybe IV fluids or keeping an eye on what they are taking because they may not be able to take their bottle quite as well. But what we have found to be frustrating over the years is that the treatments we used to use or the treatments we are used to using aren’t as effective. We try to be judicious with medications for kids admitted with RSV bronchiolitis.

Is this just in younger kids, or can older kids get RSV?

It sticks out in people’s minds as younger kids because they tend to be the most symptomatic, but kids as old as 3, 4, 5 on up to teenagers can get it. There is nothing specific about the virus that makes it only take to a younger host. The elderly can also get it with many of the same symptoms as younger patients because of their immune systems. Babies with smaller airways have a harder time dealing with the mucus and the stress, but it can appear in anyone. Most of our hospitalizations tend to be in children younger than 5.

Is there a “season” when kids are more likely to get RSV?

One thing that I find very important is that living in Florida, the season for RSV is different.  Typically in other parts of the country the season for it is during the fall winter and spring. So October through April. But in Florida, because of where we are located and because of our international visitors, our season is much broader. So we might have seasons that extend into the summer. In south Florida you might have RSV present more than 10% of the time. So when you’re testing kids who have cold like symptoms that will be positive for RSV up to 10% of the time or greater that qualifies as a season. When the incidents are 10% for at least 2 weeks we call that the beginning of the season.

In kids that are healthy kids, or kids we wouldn’t call high risk, we currently don’t have a vaccine to prevent. So the recommendations are typical in that if there is another child or a friend of yours that has RSV or appears to be sick, limit your child’s exposure to them. If there are siblings in the house who are sick it is important to have good hand washing. The virus is spread through coughing or sneezing and particles in secretions from the nose. While they might be airborne for a moment after a cough or a sneeze, they can also fall onto a solid surface and live on that surface for quite some time, then you come and touch the surface and touch your eyes or your mouth and you can become infected, so make sure to wipe surfaces down.

During the winter months, the peak viral season, you will see a lot more moms wiping things down—like the grocery carts at Publix—and that is really a good idea. These viruses are there and you don’t realize it.

It is also important to realize that daycare is a bit of a cesspool. Two year olds don’t typically wash their hands constantly through the day after they are done playing together. So kids in daycare will have higher incidents which is unfortunate but sometimes unavoidable.

There is an injection on a monthly basis that is effective at minimizing infection with RSV, but the shot is expensive and is only to be given to kids who are high risk—for example, kids who have rare chronic lung diseases, congenital heart disease during the first two years of life. During the virus season we can give the shots to high risk kids and it is called Synagis and that shot is given monthly and can help prevent or minimize RSV infections. In the kids who are receiving the shot, if they are exposed to the virus they either don’t get sick or the symptoms they get are more benign like upper respiratory tract infections instead of the bronchiolitis. It is important to prevent RSV in the high risk kids because they are the ones more likely to end up in the hospital and in pediatric ICU.