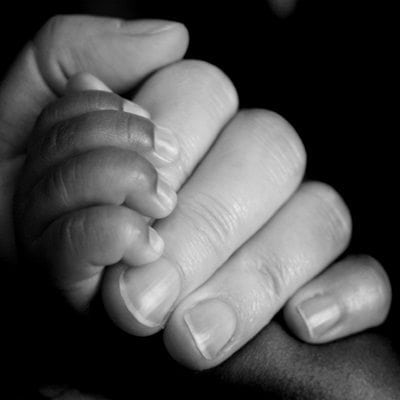 For many married couples, there comes a time when having children becomes the first priority. Often, the urge to create life and see it into the world becomes overwhelming.

But that urge can put many couples on an unpredictable journey, especially when they decide that their love, time and resources can be best put to use through adoption, says award-winning singer-songwriter Gary Chapman. He and his wife, former Nashville Wives star Cassie Piersol Chapman, say they were open to whatever God had in store for them.

“We knew it was time to give our hearts to a child,” says Gary, 56, a five-time Grammy-nominated, seven-time Dove Award-winning artist who recently released his first album in a decade, The Truth.

But, while the decision to have a child was made, conceiving was taking awhile. Gary, who had reversed a vasectomy and is 23 years older than Cassie, has three grown children.

“During this period, I got a call from a friend telling me about a woman who was four months pregnant and looking for a suitable adoption family,” says Cassie, who is proactive in multiple charity groups which facilitate a legal alternative to going through an agency. “It was as if God knew where this child needed to be after the birth. I immediately understood that this would be our path.”

• Parents can begin bonding with their child more quickly after birth: Private adoption allows for the newborn infant to bypass foster care, which is typically required by state-run agencies. Most babies adopted between private parties go home from the hospital with the adoptive parents.

“In our case, the birth mother had a 10-day grace period starting from time of Eva’s birth,” Cassie says. “While that was tough, I think it offers more peace of mind for birth mothers.”

• It allows for more control, more collaboration and more choice: Independent adoption gives all parties greater autonomy in making important choices about the baby and each other. For many, the opportunity for the birth mother and adoptive parents to meet adds reassurance that decisions are being made in the best interest of the child. This dynamic doesn’t exist in the more common state-run agencies.

“I think some folks actually prefer a more anonymous approach,” Gary says. “Let’s admit it – these can be some of the toughest decisions in a woman’s life, and she may not want a relationship with adoptive parents.”

• Better access to information: What’s the child’s background? Should you anticipate medical issues down the road? What if a child wants to know more about his biological mother and father, including their spiritual background? Private adoption allows for direct communication between the two parties.

“Birth mothers may not even know if they’ll want contact with their child 20 years later,” Cassie says. “If adoptive families go this route, they ought to collect as much relevant information about the child’s birth parents as they can.”

• Adequate safety measures: Like other types of adoption, private adoption is governed by state laws. In addition, if a child is brought from one state to another, then the provisions of the Interstate Compact on the Placement of Children apply.

It is important to remember, while there are benefits to private adoption, adopting from foster care is another wonderful opportunity. Many parents and families are united through foundations like The Heart Gallery, medical foster care, and a variety of other avenues.  What is a good option for one family is not always the ideal option for your family, so be sure to fully research each avenue before you begin your adoption journey.

Gary Chapman is a veteran musician in the contemporary pop, country, Christian and southern gospel genres. His Dove Awards include Male Vocalist of the Year and Songwriter of the Year, and he’s written hits including I Prefer the Moonlight for Kenny Rogers and Finally for T.G. Sheppard along with songs for Alabama and Wynonna Judd. Cassie Piersol Chapman starred in TNT’s 2014 docudrama Private Lives of Nashville Wives. She has appeared in music videos, commercials and printed work. She works with her husband, Gary, on A Hymn a Week, a popular online devotional.