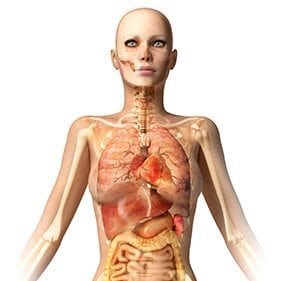 Women have a lot going on: family commitments, work engagements, plans with friends. Divided between the myriad chores and to-do lists that may make up our lives, it’s easy to ignore the small things and dive into the chaos and cacophony that is modern life. However, it’s important to sometimes still the noise and listen carefully to our bodies. Usually—hopefully—everything is fine. But sometimes, that little sign from your body can be the tip of the iceberg signaling a larger problem, one that needs immediate attention.

Dr. Helena Reichman, MD, obstetrician/gynecologist and department chair at St. Joseph’s Women’s Hospital, has seven warning signs that she wishes women paid attention to more often. Some of them are indicators of fairly routine, fixable conditions, but others need more and rapid attention. Read on to see how you should listen more carefully to your body and what it might be trying to tell you.

1. Irregular or missed menstrual cycles. Reichman warns that if you soak through a pad or a tampon within two or three hours during a seven-to-10 day period, you should call your doctor. Unusually heavy periods are a potential symptom for quite a few conditions, including thyroid issues, uterine fibroids or a hormonal imbalance called Polycystic Ovarian Syndrome (Women suffering from PCOS do not ovulate correctly and can also show oily skin, acne, abnormal hair growth and inability to lose weight, and infertility, obesity, pre-diabetes and elevated cholesterol.

If you miss your period—even if you are using contraception—see your doctor, urges Reichman, particularly if you’re sexually active. Pregnancy is always a possibility.

Also a red flag to alert you to call your doctor: If a young girl has reached the age of 16 and has not yet had a menstrual period, she should see her gynecologist. The cause could be either hormonal or genetic, and additional evaluation or bloodwork would need to be done to determine treatment.

2. Any pelvic/abdominal pain or discomfort. Unusual pelvic pain or discomfort can be a sign of a few different problems, such as endometriosis, which is a condition where the uterine lining grows over other organs in the pelvic cavity also, causing severe pelvic pain, abnormal bleeding, painful intercourse and possibly, infertility.

Unusual pelvic pain can also alert your Ob/GYN to the presence of a pelvic infection or even an undiagnosed pregnancy such as an ectopic or tubal pregnancy, where the fertilized egg implants itself somewhere other than the uterine lining.

Reichman points out that several non-gynecological conditions could also be signaled by severe pain, including a Urinary Tract Infection or appendicitis—both conditions that need the diagnosing and care of a physician.

3. Breast lumps. “A lot of times if a lady is menstruating, breasts undergo changes,” explains Reichman. “It may not be lumps; it may be tissue responding to hormones. But if it persists after a cycle, it needs to be evaluated.”

For post-menopausal women who are not menstruating, any lumps should result in an immediate doctor visit. Reichman also says to look out for the following symptoms as possible indications that the lump could be something more serious: redness of skin over the lump; brown, green or bloody discharge from the nipples; or retracted or dimpled skin over the lump. Watch also for pain, she says. “It’s a myth that breast cancer is not painful. It could be painful.”

4. Unusual vaginal discharge. “Every woman has discharge, and it changes based on the cycle,” says Reichman. For example, during ovulation, most women will have increased discharge that is thick and mucus-like. However, if they experience itching or burning, or if the discharge has a foul odor or abnormal color, it’s time to call the doctor. Many women make the common mistake of self-diagnosing a yeast infection and obtaining over-the-counter treatment. However, the discharge can point to a more serious culprit that does need immediate attention, such as the very common bacterial vaginosis. Another is trichomonas, which (unlike bacterial vaginosis) is a sexually transmitted infection. A main reason that someone needs to be seen if they have “Trich” is that it could be an indication of the presence of other STDs associated with the vagina, such as gonorrhea and chlamydia. It could also indicate the presence of other non-vaginal STDs such as syphilis, Hepatitis B and C and HIV.

5. Bleeding after menopause. “Any time a woman has not had a period in two years or more, or has bleeding after menopause, it needs to be evaluated,” says Reichman. Sometimes, this is just a matter of a fragile uterine lining, but other times, this can be indicative of uterine polyps, or even precancerous or cancerous lesions in the uterine cavity. Reichman points out that it’s unusual for women to get uterine cancer prior to menopause, but not impossible. Also, women who have suffered from long-standing, untreated PCOS are more likely to get uterine cancer before menopause.

6. Painful sex or bleeding after intercourse. “Painful sex can be a sign of an ovarian cyst, endometriosis, and, if associated with bleeding after intercourse, could be due to a lesion on the cervix, benign or malignant,” says Reichman. Diagnosis will depend on evaluating the type of pain and its location— for instance, does it occur upon entry? Is it inside the vagina? Or does it feel like something is being hit deep inside?

However, this is one condition that women often suffer through in silence, whether through embarrassment, reluctance or fear to bring up the topic, or even the thought that “maybe it’s supposed to be like that.” It isn’t, says Reichman. See a doctor and see what can be done.

7. Problem with urination or bowel movements. Painful, frequent and/or bloody urination or trouble urinating can point to a bladder infection. However, whether women suffer discomfort urinating or are having problems with urine leakage, they should seek further evaluation.

“Women shouldn’t suffer in silence,” says Reichman, who explains that there are medical and non-medical ways to treat the issue. “Urinary leakage is not a normal thing that should happen as we get older. No woman should be incontinent.”

Pain with bowel movements can signal a few problems also, such as Irritable Bowel Syndrome, or IBS, which can torment sufferers with alternating bouts of constipation and diarrhea. Blood or pain can also signal hemorrhoids or a fissure or crack in the rectal area, or even rectal or colon cancer.