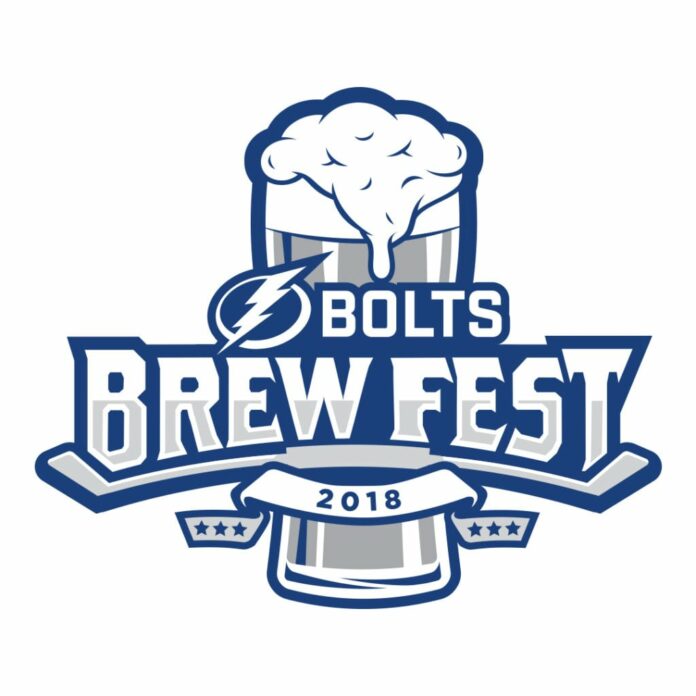 Join the Tampa Bay Lightning and Creative Loafing for a supercharged night of craft beer tasting when the lightning strikes AMALIE Arena on August 17th.  It’s drinking for a cause as a portion of the proceeds from Bolts Brew Fest will be donated to the Humane Society of Tampa Bay.

The second annual Bolts Brew Fest is set to offer more than 100 craft beers from over 50 local and national breweries, featuring companies including 3 Daughters Brewing, New Belgium, Big Storm Brewing Co., and many more. For the whole list of breweries to be featured at the event (there’s over 40!) click here. This three-hour evening will also include oversized games and special appearances by various Lightning personalities in attendance.

General admission with unlimited beer samplings starts at $55 online before the event and $65 when doors open at 7 p.m. Bringing a designated driver? There’s a special $35 general admission ticket for responsible DD’s.

Lightning and beer aficionados should look into the VIP ticket option. The Bolts Brew Fest VIP package includes GA perks in addition to parking, early entry at 6 p.m., and admission to AMALIE Arena’s Lexus Lounge where you can find VIP-only beer and food. The VIP package will also provide one voucher for a Tampa Bay Lightning pre-season game and an onsite locker room tour during Bolts Brew Fest.

For more information and to pre-purchase tickets head over to Amalie Arena’s website, you’re in for a shockingly good time.