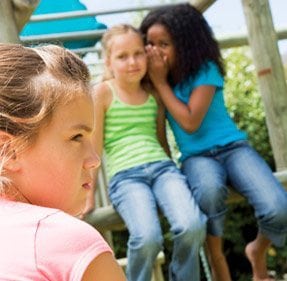 The work starts in the home

Recently, I attended a discussion with colleagues who are coordinating a countywide initiative to prevent bullying from destroying children’s sense of joy, hope and security. Ironically, on the other side of the wall, employees from a corporation were meeting to confront the problem of bullying in the workplace. Those folks were well dressed, well educated, well paid and well spoken. Still, bullies and bullying were interfering with their productivity and satisfaction.

As I sat there, between these two worlds, I wondered: Are children born bullies or can childhood experiences shape the behavior, mood and effectiveness of adults? At what age do children learn how to negotiate and resolve conflicts or assert their interests? Who’s your daddy (or mommy) and do their personalities and parenting styles guide and predict the path of the future bully? Can human culture influence human nature?

First, a few things we know for sure. We know that every one of us has been a bully, been bullied or witnessed bullying. A person is bullied when he is repeatedly exposed to negative actions on the part of one or more people and has difficulty defending himself.

Bullying can take many forms. It can be delivered verbally, such as through taunting on the phone and threats, or over the Internet by spreading lies and false rumors. It also can be done through social exclusion or isolation, physical assault, stealing money or damaging possessions, forcing the victim to do things or through discrimination based on race, sexual preference or developmental disabilities.

People who bully have a strong need for power and control. They like causing suffering and are insensitive to other people’s pain. However, the bullies ultimately get into as much trouble as they cause. They often are involved in fights and criminal activity – especially theft, vandalism and weapon possession. They are more likely to experience alcohol and tobacco abuse and school failure.

We also know that bullying can cause serious damage to its victims. Depression, low self-esteem, health problems, poor grades and suicidal thoughts occur far more commonly among those who have been bullied. Witnesses to bullying are left feeling fearful, powerless, guilty and even tempted to participate.

Bullying is especially prevalent among middle school children, with more than half of all teenagers have suffered or engaged in cyberbullying. About 160,000 children stay home from school every day because of bullying.

Bullying has existed throughout history. In ancient Greece, families in Sparta used brutal methods of deprivation to raise their boys to become ruthless killers, passing along these traits from generation to generation. In contrast, Athenians reared their future leaders in nurturing and peaceful ways, teaching music and poetry to young children instead of sending them to boot camps.

Since 90 percent of our brain capacity for learning and reacting to stress develop in the first five years of life through our health, social, emotional and learning experiences, it’s no wonder that parents and families have the largest influence on a child’s ability to form healthy relationships. Children who have been demeaned, neglected or traumatized often fail to make the connection between people and pleasure.

Bullies tend to come from families that express little warmth or affection. Their parents often use inconsistent discipline and don’t pay close attention to their children’s feelings or behavior. In turn, bullies report feeling less close to their siblings than do most children. Eventually this emotional detachment carries over to their relationships with others.

Research shows that brain centers for reward and pleasure light up when bullies watch videos of people in pain even as neurons for self-control of emotions show little activity. Trouble is, we can no longer attribute that to innate biological differences. Relationships matter. They help children to understand, express and internalize feelings. These emotions then trigger chemical changes to the genetic structure of a child’s developing brain in areas responsible for emotion control, empathy and personality. Simply stated, our minds literally take shape as we learn how to relate to others.

So how can you help your child feel safe and find the light that shines in each person? Show them your affection. Model how to communicate genuine feelings and work through conflicts peacefully and with respect for the other individual. Talk to your children about bullying, encouraging them to tell an adult when they feel bullied or see others being bullied. Keep computers that children use in a shared or open space such as a family room and limit screen time. Be sensitive to and inquire about changes in your child’s mood, appetite, behavior, social life, grades, sleep patterns and health concerns.

What can we all do to create communities that foster positive social ties? Promote places, policies, programs and practices that encourage equal access and discourage power relationships. Effective interventions include more streetlights, sidewalks, open parks, neighborhood associations, events, community gardens, clubs and adult-youth mentoring. Organize supervised opportunities for children to express their inner feelings through art, writing, theater and music and, under the guidance of watchful adults, to participate in games, sports and academic projects, especially with kids they might never typically get to know or might normally shun and stereotype.

If we work to restore civility to our workplaces, neighborhoods and homes, there is a much greater chance that our kids might grow up in a generation that reaps the rewards of inner peace, interpersonal safety, national security, healthy competition and longer, less stressful and healthier lives. In the president’s State of the Union address, he hoped for a day when kids would look up to prize-winning scientists as well as Super Bowl MVPs. I will invoke another, historic dream, one still incomplete yet well within our control and reach – that all children will “one day live in a nation where they will not be judged by the color of their skin (or their height, weight, religion, sexual preference, physical or mental ability) but by the content of their character.”

Peter A. Gorski, M.D., M.P.A., is a child development expert at the Children’s Board of Hillsborough County, a pediatrician, and a professor of public health at the University of South Florida.