Celebrate the BOLTS: Boat Parade and Party Info for Families 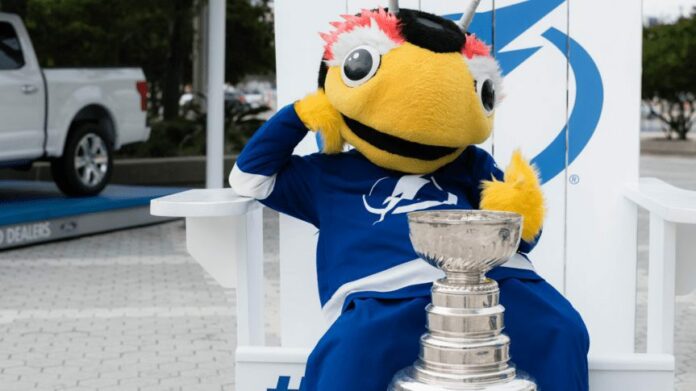 Lightning has struck twice and the Bolts did it again. All of our hearts skipped a few beats when it happened on home ice as the puck hit the net–they beat the Montreal Canadiens 1-0 and the fans went wild...like all night long.

The Stanley Cup is staying in CHAMPA BAY and now we’re ready to celebrate in a way only Tampa Bay can…with another Tampa Bay Lightning Boat Parade!

The Boat Parade and Championship Celebration will be held on Monday, July 12 along the Hillsborough River in downtown Tampa. No outside boats will be allowed to participate, so don’t even think about it.

The players will board the boats and other water craft at Davis Islands and then sail up the Hillsborough River at 11:00 am along the Riverwalk until just after the area of Armature Works where they will then board a trolley and head to the Championship Celebration at Julian B Lane Riverfront Park which starts at 2:00 pm.

The Championship Celebration will feature live performances by Vo Williams and Big Boi. You can get more details here.

If you plan to take the kids to the parade, there will be plenty of places to view along the Riverwalk including spots not too far from a playground (because we know kids can get antsy while waiting). Here are some of our picks:

…on another note, each of these spots has a splash pad at or close by too, so pack the kids’ bathing suits and towels just in case.

As for the Championship Celebration, the area is totally stroller and wagon friendly which you might want to consider in case the little ones get tired and decide they don’t want to walk any more. Outside coolers will not be allowed, however we’ve rarely seen someone throw away a toddler’s snack and sippy cup.

As you’d imagine, parking is likely going to get a bit crazy in downtown, so plan to give yourself some time to snag a spot in one of the parking garages or lots near your chosen park.

The Lightning’s site for the events recommend the following parking options:

Park in Ybor and take the streetcar to downtown
Centro Ybor and Palm Avenue Garages: $1/hr

Here’s another good resource to research your parking game plan.

Happy back-to-school week! This Saturday is Tampa Day (8/13) and there are several MORE fun things going on around town including the first Bucs...
Read more
Family Fun

The Olympic Games in Paris don't kick off until 2024, but gymnasts all across the country are gearing up in hopes of representing the...
Read more
Elementary School Years