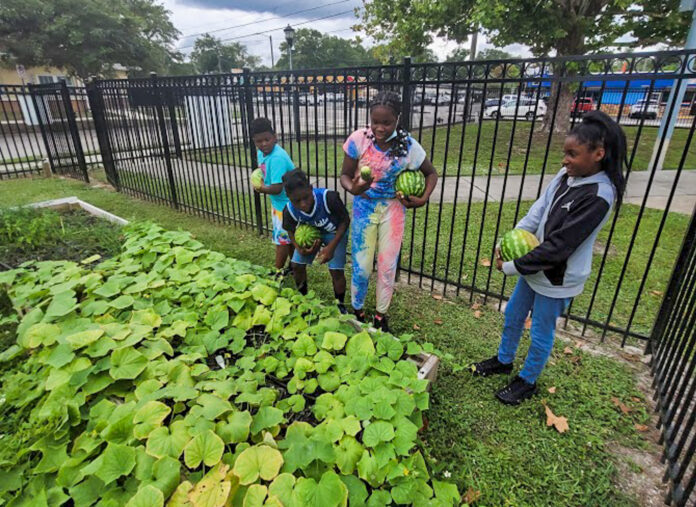 Dexter Jackson grew up in the small town of Quincy in North Florida. As a kid, he remembers spending time with his family growing and preserving vegetables and fruit. It’s something he truly enjoyed and that stuck with him throughout the years.

What also stuck with him, were the reports he remembers hearing about food shortages and childhood obesity.

These two impactful moments in his life collied a few years ago when he was able to combine his passion for plants and people to help make a positive and healthy impact in the Tampa Bay community.

Let’s rewind back to 2003 when Dexter helped the Tampa Bay Buccaneers win their very first Super Bowl. He was also named MVP that season, the first safety to win the award since 1973.

In the years that followed, he went on to play for the Arizona Cardinals before returning to play for Tampa in 2004. He then moved on to the Cincinnati Bengals and wrapped up his professional career with the Florida Tuskers (United Football League) in 2009.

Today, Jackson is back in Tampa where he is adamant about helping people in the community, serving as the Youth and Recreation Manager for the Tampa Housing Authority, a nonprofit organization.

And this is where plants come into play. In early 2021, he was able to work with the Tampa Super Bowl LV Host Committee to create a community garden as part of their Forever 55 program.

The Forever 55 program was created to support and implement long-lasting legacy initiatives throughout Tampa Bay.

A $2 million dollar investment by the local Host Committee and the NFL allows them to focus on pillars that best reflect the needs of the community.

“We worked closely with the community to find out exactly what those needs were,” said Claire Lessinger, Vice President of Events for the Tampa Bay Sports Commission.

She added, “We wanted to make sure whatever we did would have a lasting impact.” 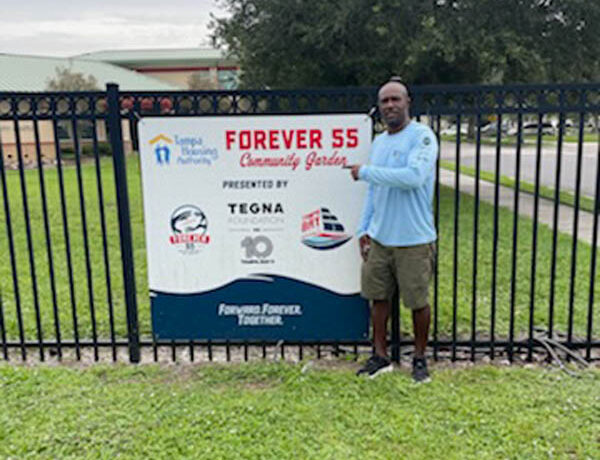 For Dexter, this was an important opportunity for him to help them give back to the community while sharing his passion for something he grew up loving.

Thanks to a micro-grant from the Forever 55 program, a community garden was created at The Oaks at Riverview Community Center, which is run by the Tampa Housing Authority.

The community garden at The Oaks at Riverview Community Center

One of the most important parts of this project for Dexter was making sure that kids were involved.

“I want to help teach kids how to be self-sufficient. Gardening is good for their mental health and gets them outside,” he told us.

The garden was a hit as soon as it started. “Everyone wanted to get involved and offered to help – from kids to grandparents.”

There was a ton of encouragement from the community and Dexter says he began to see the satisfaction and sense of accomplishment from those who were helping out, “The kids were filled with joy and would get excited to say, ‘I grew this!’” 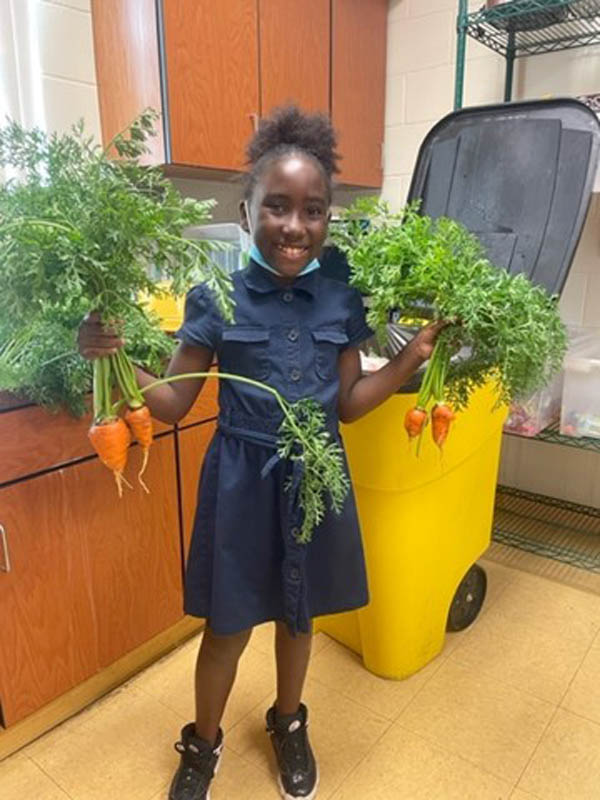 The garden has also inspired kids to think about their futures.

“We’ve been using the fruits and vegetables to make healthy shakes, so I told them, ‘Maybe you’ll start a juicing business one day,” he said.

To make the garden as efficient as possible, they plant seasonally.

The garden began with greens and since then, they’ve grown an array of vegetables such as tomatoes, cucumbers, corn, carrots, a variety of peppers, and peas.

Though there is a limit on how much they can take to ensure there’s enough to go around, parents and kids are free to pick whatever they’d like.

One of the most notable impacts is how the program has given the kids the tools they need to become healthy. With the prices of food skyrocketing, it’s also given families peace of mind to know that they can have healthy options on their table.

Thanks to Dexter and the Forever 55 program, the garden has made a lasting impact on the community that only continues to grow stronger.

“We really credit Dexter as a great partner,” said Lessinger, “This is a passion project of his. He’s an inspiration.”

To learn more about the Forever 55 program, visit tampabaylv.com/forever-55. If you want to follow Dexter to see the progress of the garden, you can find him on Instagram @djacksonmvp.

As Hurricane Ian's intensity strengthens, several Bay Area venues and events are announcing temporary closures. We will continue to update with more information as it...
Read more
Elementary School Years

As we all set our eyes on Hurricane Ian, some Tampa Bay Area school districts are announcing school closures in preparation of some schools...
Read more
Health + Wellness + Safety

As we all keep our eyes on Hurricane Ian, there is probably one local meteorologist we're turning to for the latest updates - you...
Read more