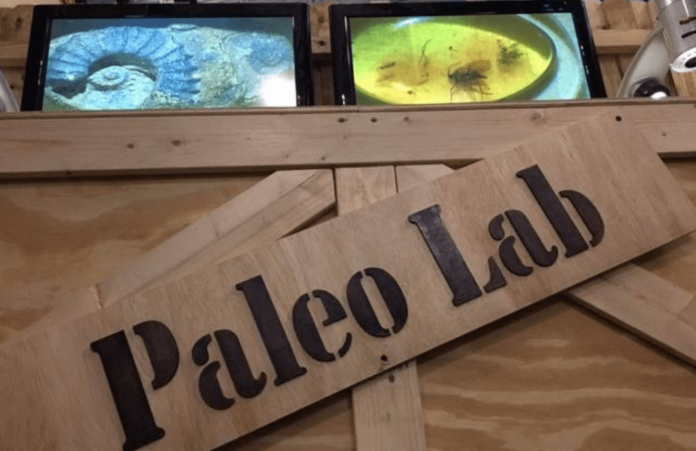 It’s 3 a.m. and the MOSI Exhibits Team worked all night assembling heavy, but delicate dinosaur bones with a combination of muscle and heavy machinery. From a perch three stories above the ground, it hit me, that we were not only building a life-size diplodocus skeleton, but an immense source of excitement and inspiration towering over MOSI’s exhibits.

With a total length of around 90 feet (27 meters), the diplodocus is the star of MOSI’s Dinovations Lab, a Jurassic-themed exhibition opening March 2019. Dinovations Lab invites guests to explore the world of paleontology, the science of prehistoric life, in a base camp setting.

Although dinosaurs lived millions of years ago, these prehistoric beasts continue to live on in the hearts and imaginations of children everywhere. Kids relish being able to identify the names of their favorite prehistoric pals and gobble up dino knowledge like hungry T-Rexes. Dinosaurs are awesome and kids know it!

MOSI has known of the awesomeness of dinosaurs for decades and has engaged kids and families about paleontology through traveling exhibitions, camps, and fossil digs. Creating a dinosaur exhibition was about answering the questions of excited dinosaur enthusiasts such as: Why were dinosaurs so big? What did dinosaurs eat? Why did the dinosaurs go extinct? And the number one question of MOSI’s guests: Is it real?

MOSI’s dinosaur is an immense, realistic casting of actual fossilized bones. The diplodocus was one of the largest animals ever to roam our planet. Diplodocus, named for the formation of double beams on the underside of its tail, was a sauropod (long neck) that lived in North America about 150 to 155 million years ago during the late Jurassic Period. Unlike the Tyrannosaurus rex, it was a true Jurassic dinosaur. (Take that T-Rex.) One of the most significant features besides being a huge beast is that the diplodocus had an extremely long tail. Paleontologists believe that the diplodocus would use its tail like a whip, capable of making sonic booms to scare off predators and/or communicate with other diplodocus. Diplodocus was like a dino version of Indiana Jones! 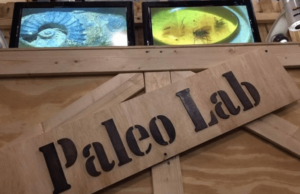 Besides featuring the coolest dinosaur of all time, MOSI’s new Dinovations Lab will tap into the excitement of dinosaur enthusiasts of all ages with PaleoLab investigations, crawl-through challenges, dino-themed animation in Fossil Films, and an opportunity to touch actual dino poop. For families new to the prehistoric world, we hope that the Lab will inspire a love for the mystery and wonderment for an incredible time on our planet when dinosaurs ruled and mammals drooled and were really small.

About the Author: Anthony Pelaez is the Senior Director of Exhibits and Innovation at the Museum of Science & Industry (MOSI). Educator, science adventurer, and world-class geek, Anthony is on a lifelong journey to create learning experiences that spark inspiration in kids and families.

The season for u-pick sunflowers is back in Tampa Bay and the giant beauties are in full bloom along with other beauties like zinnias...
Read more
Family Fun

School is almost out, and Memorial Day weekend is here! There are tons of great things to do around the area to take advantage...
Read more
Family Fun 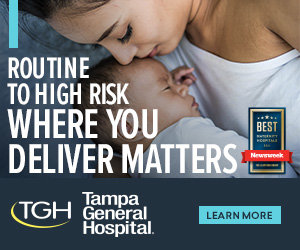