New Attractions at Walt Disney World including Star Wars: Rise of the Resistance 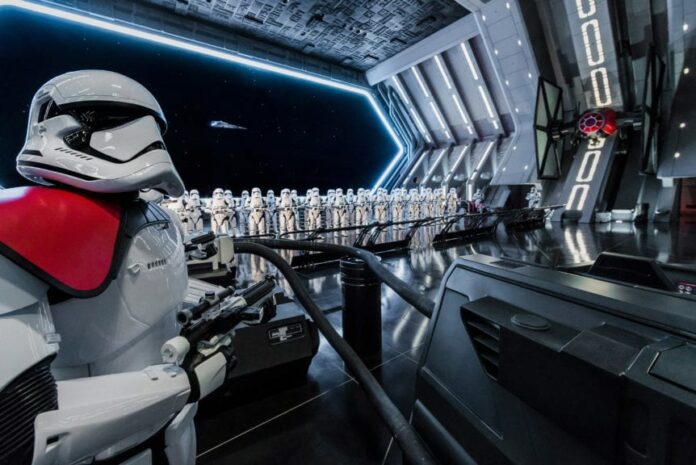 (We’ll continue to update this story, so stay tuned! We’re here at Walt Disney World for a look at many new experiences coming to the parks!)

2020 is going to be a HUGE year for local theme parks and for our friends down the road at Walt Disney World!

Big news was revealed today as we now know the official opening dates for several highly anticipated attractions at Walt Disney World including the very first ride Disney has ever created featuring the one and only…Mickey Mouse!

Mickey & Minnie’s Runaway Railway opens on March 4, 2020 in the Chinese Theatre at Hollywood Studios. Disney Imagineers have promised this ride will be an immersive experience like you’ve never seen before. We got a sneak peek at just a small snippet of what the ride will be like and let’s just say…it’s so immersive it’s atmospheric! The theme song is also so catchy we’re pretty sure you’ll be humming it all day long! We can’t wait to see what else Disney’s Imagineers have in store!

We are also getting a first look at Remy’s Ratatouille Adventure slated to open in the summer of 2020 at the France pavilion in Epcot. This new attraction is part of a multi-year transformation of the theme park.

The new area of the pavilion will feature a creperie inspired by the creperies you’ll find in the Brittany region of France. Once you walk through the entrance of the ride, you’ll shrink down to the size of a rat in the world of Pixar and Remy.

The ride cars are trackless and you’ll start on the roof of a Parisian building before you taken on a ride through Remy’s kitchen. 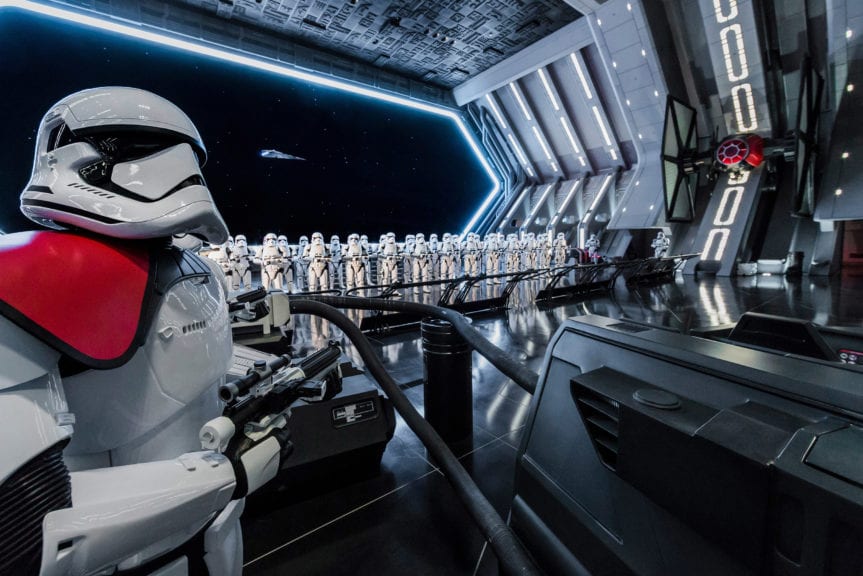 Perhaps the most anticipated addition at the parks is Rise of the Resistance at Star: Wars: Galaxy’s Edge at Disney’s Hollywood Studios which officially opens on December 5, 2019! We’ll be among the first to experience this ride on Wednesday which has been hailed as “one of the most ambitious, advanced and immersive experiences ever undertaken by Walt Disney Imagineering.”

Since we’re on the topic of Star Wars, we also learned that Star Wars: Galactic Starcruiser will be opening in 2021.

We first got a sneak peek of the Galatic Starcruiser at Disney’s Hollywood Studios a few months ago and now there’s a timeframe on the books when we can expect the first travelers to experience this once in a lifetime two day stay.

Here’s what else is on the horizon at Walt Disney World:

Opening day of the Epcot International Festival of the Arts will usher in three new films at locations throughout the park. One the kiddos will adore is the “Beauty and the Beast Sing-Along” at the France Pavilion. It will be in the same theater as the “Impressions de France” which will be getting a 4K upgrade. The films will run on rotation.

The new Sing-Along features a twist on the favorite film with an unlikely hero, LeFou! We don’t want to spoil it for you, but we think the kids will love it! It was directed and produced by Don Hahn who produced the animated and live action ” Beauty and the Beast” movies. He managed to bring back some of the original animators and actors, including Angela Lansbury who played the role of the beloved Mrs. Potts.

“Awesome Planet” will debut at The Land pavilion. The 10 minute film features beautiful views of the Earth set to the original music score from Academy Award-winning® composer Steven Price.

SPACE 220 OPENING THIS WINTER AT EPCOT

Located next to Mission: Space at Epcot, Space 220 is a NEW sit down dining experience that will take you and the family –220 miles above Earth. You’ll step inside the transport elevator and blast off toward an out of this world restaurant with a view of our beautiful Earth you’ll never forget!

Popular tourist spots may not always be so appealing to us locals. But, once in a while, it can be fun to visit the...
Read more
Day Trips

Just sit for a minute—and think—we’re pretty darn lucky to call Tampa Bay home. The area is home to some of the world’s top...
Read more