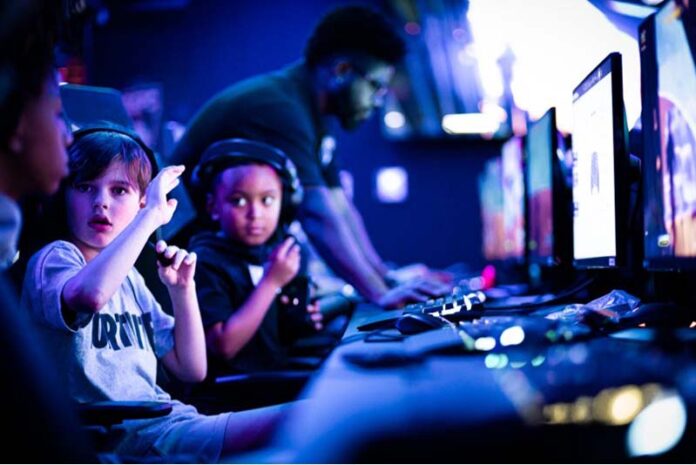 Your kid love gaming? Don’t sweat it. Esports Players Club in Tampa says that passion could actually turn into a lucrative career. Let us explain…

As a parent of two boys who love playing video games, it piqued my interest when the new Esports Players Club opened its doors in Tampa earlier this year.

Not going to lie, the time my boys spent gaming definitely increased during the height of the pandemic as we tried to find ways to entertain them while allowing them to safety connect with their friends. But, two years later, they’re still at it.

In fact, it has become part of the way they PLAY with their friends, along with the good old-fashioned outside play, too. Balance, right?

So, when Alex Matzkin reached out to tout his new business and the lucrative opportunities that can come along with esports, I wanted to know more. It turns out there’s a lot more to esports than just gaming.

It’s an industry that has seen growth year after year, and that doesn’t appear to be stopping. Matzkin points out that esports and streaming industries have a combined value of $2.1 billion and are expected to grow to $3.5 billion by 2025.

Okay, you have my attention. 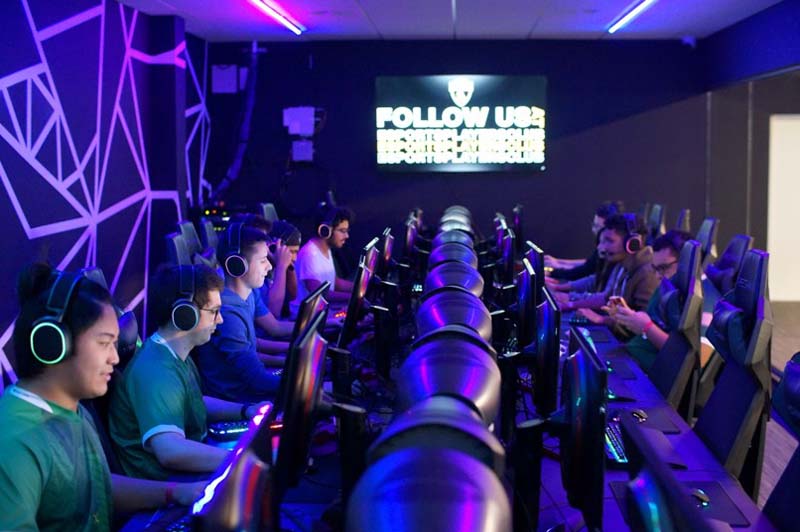 According to ZipRecruiter, careers in the esports industry range from management, media, talent management, advertising and more.

And then you must consider the high demand skills gained in this industry like coding, graphics design and video editing.

We sat down with Matzkin get more details, because we want to know how our kids can get a piece of this growing industry and just maybe, become a part of it when they grow up.

Alex Matzkin: There are other places where they have computer set ups, but this [is] definitely the only place that is academy focused. We’re focused on the education that goes behind the gaming—coding, graphic design, 3-D modeling as well as game play coaching, so we’re a lot more than just a place to game.

TBPM: When I first heard esports, I literally thought sports games like Madden football. But, that’s not the true definition of esports.

AM: There are a lot of games under the esports umbrella and really, traditional sports is one of the smallest segments. There are these huge games that are incredibly popular in other countries, and in the United States, it’s catching up to that.

Now that streaming has become such a popular platform, you have esports celebrities that are American that these kids can identify with, and it’s really help launch that platform.

It’s not the traditional gamers you kind of think of. These guys look like actors and models (the girls are the same way), so it’s really kind of helped clean up the image of gaming. 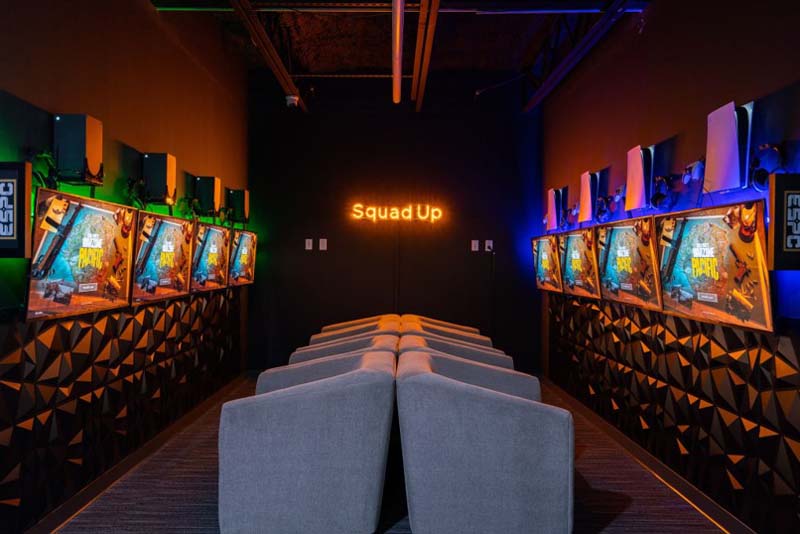 TBPM: Alright, so let’s talk careers for a minute. Can my child actually make a living in the esports industry when they grow up?

AM: The industry by itself is bigger than music and movies combined, so kids that develop these technical skills early, they end up having great careers even if it’s not just in gaming. You know—the coding side of things is an amazing career.

The average salary for a coder is $105,000 a year. Kids that develop these skills very early, they’re going to have a better trajectory towards that. It’s really becoming something that’s more important. Everything is going online. Everything is technology based, so having these skills is crucial.

And then the graphic design skills too: There’s not a company in the world that doesn’t use graphic design, video editing and 3-D modeling almost every day. Content creation is everything now, and how to do those skills properly is important.

Before, having it on your resume made you stand out, but now in the future, it’s going to be something where it’s almost expected.

TBPM: How are you helping kids take the next step in esports? You mentioned there are scholarships for college?

AM: That was really one of the foundations of why we built this place because in 2017, there were seven universities that had esports programs with scholarships. In 2021, it was 250. So, we saw this huge explosion in growth, and it’s not slowing down.

We’ll be at 500 in no time. It’s major universities—UF, USF, UCF, Miami—every major school now has an esports program with scholarship and we have a unique opportunity because they really don’t have anywhere to recruit from.

There aren’t really high school leagues yet, so when they look to give a kid scholarship, it’s an investment from the school and they want to know—what’s this kid’s experience, has he competed before, has he been with coaches? So, they look to us and say, hey who do you have coming up that we can take a look at?

We can really help kids achieve those scholarships by creating those connections for them. They work with our coaches. They develop the skills and we can help them bridge that gap.

TBPM: What about younger kids in elementary school? What games do you recommend?

AM: The most popular games for younger kids are Minecraft and Roblox—and we teach coding through those games. It’s a really cool experience because kids get to play on the games they love, but they are also learning true coding skills.

The difference is, kids look for that instant gratification so when you’re writing code in Minecraft, we can have you write a few basic lines of code, and you immediately see the effects; you change the game.

TBPM: Your classes and memberships aren’t just for kids. Adults can take advantage of some of the classes including graphics design and video editing, right?

AM: Yeah-we work with real estate agents who are working on their social media content because that is so important now. These skills are transferable to really any age, but for us, teaching this at a younger age is the most effective because they are only going to continue to thrive and get better at it. It’s never too late to learn.

TBPM: There is obviously a balance when it comes to gaming.

One of the unique opportunities [we have is] that when we have kids play here, they can play against just the people who are here, so it really protects from a lot of the scary stuff online.

When we have a Fortnite Friday event, every kid is in here under our control, no one is misbehaving, no one is cursing or using foul language, nobody is yelling at each other in an aggressive manner—they all get excited and have fun, but it’s a much more controllable environment where they can still have a great time but be a little bit more protected. 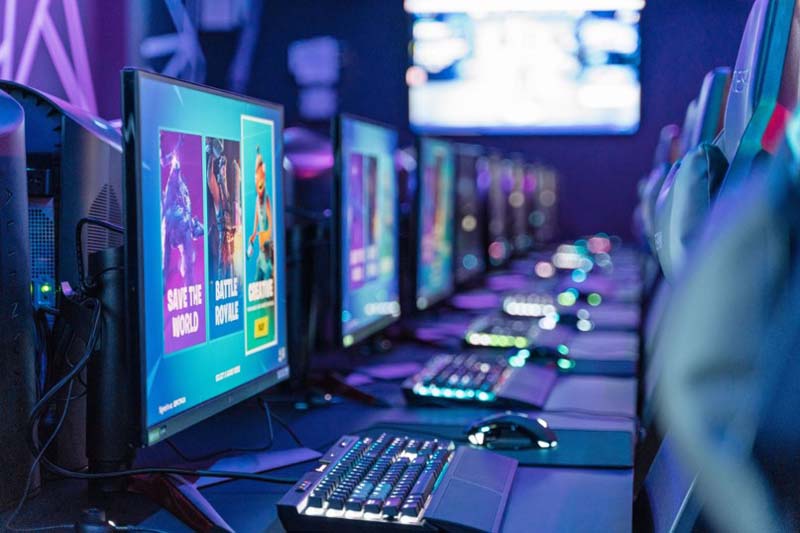 TBPM: It’s not like there is a divide either between real sports and esports. Kids can and should do both?

AM: It’s not an exclusive thing either—you can do both. I played football in high school and college and everybody that I was on the team with, they played games when they had the free time.

It’s really that competitive nature that I think is really healthy for kids to have, so it’s just finding other outlets to be competitive while you’re having fun and being social with kids your same age. I encourage kids to play every sport and gaming.

Get your homework done and everything; it does not have to be a one or the other type deal.

TBPM: This is your first time offering summer camps as a new business. How is it going? What do the kids think?

AM: They’ve received it really well. Some of the kids, you can tell their technical experience is probably better than ours will ever be, and it’s really incredible.

They latch onto it—even if they didn’t think they had any interest in coding, when you present it to them through a platform they love, they are locked in.

TBPM: What’s next for your business?

AM: We’re going to start looking at second locations here pretty soon, so ideally we’ll have multiple locations going on and we have events between our own spaces and bring the different communities together from other cities. We’re very excited.

We are starting to see the local high schools and middle schools develop these esports clubs. Our goal is to be the main gaming hub in Tampa where we can host competitions between schools [and] cooperative events with schools.

We’re hoping to have a college showcase coming up where we’ll have all of the major universities in at the beginning of next school year. We’ll do a three-day tournament and all of the high school kids can come in and meet the college players, meet the directors of those college programs and start making those connections for earning those scholarships.