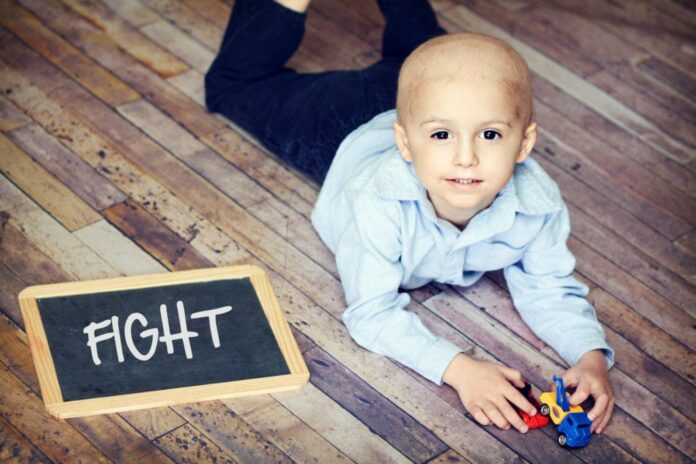 Knowing that your child has been handed a diagnosis of cancer is horrible for any parent. If there’s any silver lining, it is that in Tampa Bay, pediatric cancer patients have access to state-of-the-art oncological care. St Joseph’s Children’s Hospital is part of the Children’s Oncology Group (COG), an organization comprised of more than 200 institutions across the world that work together to improve outcomes and advance research into pediatric cancers.

“COG is the largest organization devoted to pediatric cancer research,” explains Shirley Sierra-Rivera, BSN, RN, a cancer research coordinator for St. Joseph’s Children’s Hospital. “It sets the standard for treating pediatric cancers—you get the same, advanced treatment here as you would anywhere else in this country or in Europe.”

She explains that when patients come into St. Joseph’s Children’s Hospital and receive a diagnosis of cancer, if they are eligible for an open COG treatment protocol they are offered the opportunity to participate in a study protocol. The hospital currently has 45 “open protocols,” which means cutting-edge experimental plans to treat cancer. If a patient fits the profile for the protocol, they may be enrolled in the study.

Dr. Mark Mogul, medical director of Pediatric Hematology/Oncology at St. Joseph’s Children’s Hospital, explains that there are many benefits to a patient to be enrolled in an open COG protocol. “Your child is going to get the best known therapy this is available. It also gives us the ability to immediately collaborate with people all over the country, including experts in each specific disease type.”

Frightened parents can testify that meeting Dr. Mogul is perhaps the first calming interaction since their diagnosis. “I tell parents: When [their kids] are here, they become my kids,” says Dr. Mogul. “I tell new patients, ‘You’re in the right place. This is all we do. We guarantee state-of-the-art care by being full members in the COG.’ I inform families that there is every reason for optimism because nationally we cure over 80 percent of all kids with cancer as a result of COG protocols.”

Not only does being enrolled in an experimental treatment beneficial because patients are getting access to revolutionary techniques or medications, but sometimes it guarantees access to novel agents that are not yet FDA-approved and that patients can’t have unless they’re in a study. Participating in an open protocol also helps because it obligates insurance companies to pay for care and tests that they may otherwise be able to avoid.

”COG protocols are so successful that they are becoming more and more available to young adults as well,” explains Sierra-Rivera.

“As pediatric caregivers, we have a curative, not a palliative, mindset,” explains Dr. Mogul. “We go for the cure.”

This mindset has led to the development of a new segment of cancer patients between kids and adults (ages 13-30) called the Adolescent and Youth Adult (AYA) group. “Pediatric protocols are not only for small kids,” says Sierra-Rivera. “We [have started] enrolling young adults in pediatric protocols as well.”

Young adults treated on pediatric protocols often have higher cure rates because their treatments are more aggressive and are given with curative intent. With some protocols, such as for bone and muscle cancers, Dr. Mogul treats patients up to age 50.

“Another benefit of being a member in the COG is as new treatments come out, they are rolled out here,” Dr. Mogul says. Some of these include treatments such as antibodies directed at tumor cells that stimulate the patient’s own immune system to fight cancer, which is therapy that typically has much less side effects than conventional chemotherapy drugs.

As well as team meetings once a week—during which time the question of opening up any protocols always comes up— Dr. Mogul also attends national COG meetings twice a year to stay up to date. And the results speak for themselves, with rising cure rates for cancers which would have seemed a hopeless death sentence 25 years ago when Dr. Mogul started practice, he says. The most dramatic results he sees are in leukemia, which he says has become very curable.

While some large hospitals such as St Jude’s Hospital for Children and Memorial Sloan Kettering do what Sierra-Rivera explains are Phase 1 studies that are more experimental, the protocols that are open at St. Joseph’s Children’s Hospital are usually Phase 2 or 3. These usually involve treatments that are known to have worked already and involve some tweaking (such as perhaps adding an extra drug). Currently, she has 11 patients on trials. Not only does she make all of the latest and best treatments available to them, she also collects data from these patients and puts it back into the COG pool of information, adding to the body of knowledge from which treatments are developed.

“It’s a whole new world but a lot of stuff is starting to make sense,” she says. “It’s interesting to sit and watch all these institutions from around the world get together and share. You start seeing results, patterns and trends. It’s exciting to know that the care you provided your patient is the best possible care available. It’s emotionally and mentally draining but so rewarding too.”

With pediatric cancer being so underfunded compared to adult cancer, something like COG membership is even more crucial to finding treatments and cures quickly, she explains. “That’s why COG membership is such a big deal. It’s a large world but it’s a small world when you look at the big picture.”