Five simple ways to get your kid to eat healthy 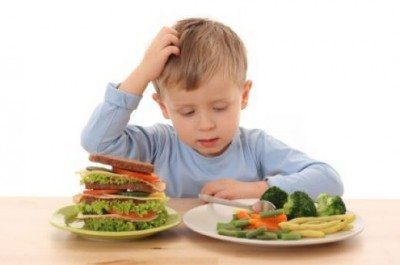 It’s no secret that kids love anything loaded with sugar and salt; but sometimes it’s hard to say no when they want something that’s unhealthy and they start to give you those puppy dog eyes. This leaves you stuck between a rock and a hard place because you don’t want to be restrictive (can set off eating disorders), yet you don’t want your kids to develop health problems, such as diabetes, if you let them eat whatever they want all the time. Food is definitely a tricky one when it comes to kids, but there are a few loopholes. Here are five simple ways to get your kid to eat healthy (without them even realizing it).

Smoothies aren’t just for adults. They’re a great way to get fruits and vegetables into your body, and they taste good too! There are lots of kid-friendly smoothie recipes out there; it just depends on what kind of fruits your kid likes to eat. Since standard blenders can sometimes be too big or inconvenient to clean, I would invest in a NutriBullet or a Magic Bullet. I would start out by just using fruits in their smoothie, and then later incorporating the vegetables. Here is a simple fruit smoothie recipe you can make with your kid any time of the day.

Kids love dipping things; not only is it fun, but it’s an easier way to introduce your kid to healthy foods. Dunkaroos and mozzarella sticks are okay to eat once and awhile, but you should get your kid in the habit of eating dippable snacks that are healthier. Some yummy options include carrots and ranch dip, apples and peanut butter (if allergy free), and pretzel sticks with hummus. For a healthier dessert option, swap out a bowl of ice cream for fruit and chocolate (or caramel) dip.

When you label certain foods as “good” or “bad”, there are a lot of problems that go along with that. Your kid could feel guilty about eating foods that are unhealthy, which could lead to restricting, which in turn could lead to an eating disorder. Also, kids tend to rebel against their parents and don’t like to do what they’re told, so they might eat food that is labeled as “bad” just in spite of you. Instead of labeling those as “bad”, label them as “sometimes” food and focus on helping your kids to develop a healthy relationship with food by introducing them to a well-balanced diet.

Don’t use food as a reward

Whether it’s ice cream after scoring a goal or cupcakes after getting an A on a spelling test, many parents are guilty of rewarding their children with food. The problem with using food as a reward is that it creates an unhealthy relationship between your kid and the food there are being rewarded. This could create weight problems later in life. Instead, reward your kids with a fun activity that gives them exercise, such as rock climbing or ice skating.

Making a schedule for when your kids eat is very useful and a way of making sure that they are eating enough. According to Parents.com, children need to eat every three to four hours with: three meals, to snacks, and lots of fluids (especially water) throughout the day. That way, your kid won’t ever be starving, which means they won’t be cranky, as well. Some healthy snacks to include in their schedule include carrots, pretzels, yogurt, and string cheese.

Looking for a fun and easy way to make a schedule with your kid? Click here:

Read more about how to get your kids to eat healthy here:

Additional Ingredients For Children Who Need To Gain Weight