Boo-Boos and Band-Aids: When to Call the Doctor 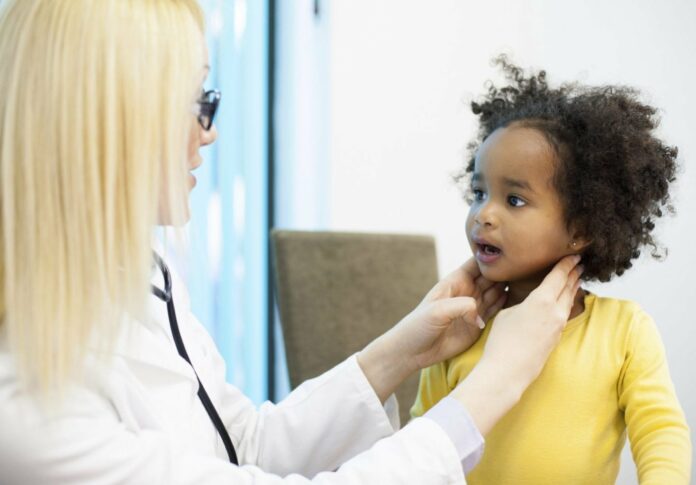 This article was sponsored by Florida Hospital Centra Care.

Cuts, sprains and itchy bug bites are par for the course when it comes to raising little ones. But we’ve all read those frightening headlines about the innocuous cut that turned into a raging infection that led to limb amputation, or the crazy virus that caused an overnight personality change. When’s a problem a real problem, and when are we just overreacting?

We asked the experts, namely, Dr. Timothy Hendrix, M.D., medical director of Florida Hopital Centra Care. Centra Care is a network of more than 30 urgent care facilities in the Orlando and Tampa Bay areas where physicians treat a plethora of minor illnesses and emergencies.

Hendrix, who’s reassured and cured panicked parents and bawling patients for more than 20 years, demystifies some of our biggest worries.

Hendrix advises parents to get a good thermometer and not rely on the old hand-on-forehead reading; just because a child looks flushed doesn’t mean he is running a temperature. If temps rises above the average of 98.6 degrees, keep him comfortable, give him lots of fluids and Tylenol or Motrin. Cooling down is good, but skip the tepid bath; this can actually cause a chill. Head to the doctor if:

The biggest risk is dehydration. Don’t use anti-diarrheals or emetics for kids. Use a rehydration solution such as Pedialyte. The cause is generally viral, in which case the symptoms will pass in a day or two, says Hendrix. See a doctor if:

Ever forgotten a curling iron on the bathroom counter and heard a howl a few minutes later? A child sustaining a burn is almost more painful for the parents, but these too can be worse than they seem.  Wash the burn with soap and water, apply cool compresses (not an ice pack) or place the burned area under cool running water. Then apply a burn ointment and wrap the wound in sterile bandages. Keep it clean and dry and this will greatly reduce scarring. See a doctor or visit urgent care if:

See a dentist immediately. Contrary to popular opinion that a baby tooth can be sacrificed, the tooth still needs to be stabilized to protect the adult tooth. Placing the broken tooth in milk or saliva until the dentist visit is a good idea.

When babies and toddlers fall and bang their heads on hard surfaces, it’s easy to panic. Hendrix says that immediate cry is actually a good thing and a normal reaction. Put ice on the banged area and keep an eye on the baby. Signs that a trip to the doctor might be warranted include irritability, excessive crying, vomiting and sleepiness. If there’s a loss of consciousness, call 911.

When kids play in direct sunlight, not only are they getting warmed up by the sun, their metabolism causes more heat to build up in their body. When the increase in body temperature hits 103 degrees, the child is a dangerous step closer to heat stroke. If you notice your child getting flushed, red and sweaty and complaining of light headedness or nausea, take them into shade or air conditioning and give them water or a sports drink.

Seeing your little one covered in blood can make the strongest parent feel faint. Sometimes, a Band Aid and kiss will do the trick, but the depth and severity of a wound are tough for the untrained eye to gauge. If the wound is wide, jagged, deep or gaping, on the face or won’t stop bleeding, see your doctor.

Differentiating between sprains, twisted ankles and broken bones is best left to the experts. “If you can move it, that does NOT mean it’s not broken,” says Hendrix. Urgent care facilities such as Centra Care have onsite facilities to X-ray, diagnose, splint and stabilize fractures.

Most insect bites from mosquitoes and other such bugs can be fixed with an ice pack or Benadryl or topical hydrocortisone to control the itching. Stung by a jellyfish? Submerge the bite in 110-degree water for 30 minutes. Hendrix explains that this is not hot enough to burn you, but warm enough to deactivate the venom in any sting from ocean life. However, some children can suffer a life-threatening anaphylactic reaction if stung by a bee or a fire ant. Watch for swelling or difficulty breathing, and immediately call 911 if these symptoms occur.

Ah, that sinking feeling you feel when you find your toddler with a hand in the change jar and a guilty look on her face. Some little ones will put anything in their mouth—candy, paper clips, coins, medicines—and some of these things can do real harm. Don’t wait for it to come out on the other side; take them to a doctor for an X-ray. Also, keep medicines locked up and away from little hands. If you suspect they’ve swallowed grandma’s pills, call poison control at 800-222-1222.

Despite all the new technology out there, Hendrix says the first line of defense is the oldest: water. Wash off blood, submerge burns, flush eyes, irrigate to remove debris and chemicals, and wash lacerations. Plain tap water and soap will do at least the first part of any first aid job just fine. But the following will help also.