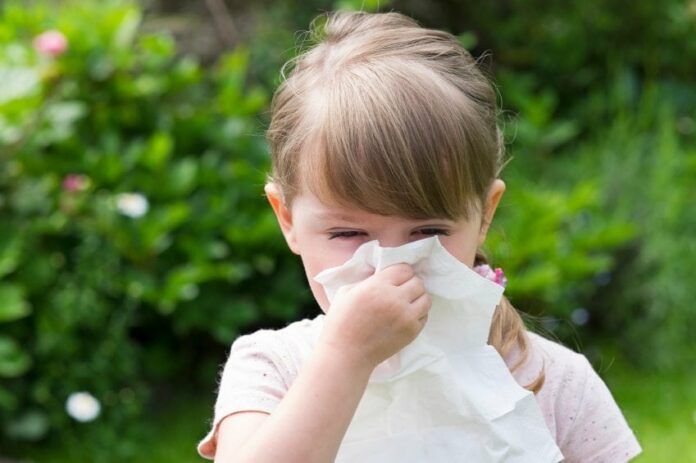 The holidays are almost here, which means that flu season is just getting started. As we hug our family members and spend time celebrating together, the flu can easily run rampant, but it doesn’t have to. Dr. Marcy Solomon Baker, MD, a board certified pediatrician from St. Joseph’s Children’s Hospital took some time to answer our burning questions about the influenza, or the flu.

What are the symptoms of the flu in kids and how do they differ from symptoms of a common cold?

One of the biggest symptoms is fever, although you can get fever from a regular cold it is less likely. With the flu you have fever almost 100 percent of the time. Another thing that we see a lot with the flu but not necessarily a cold is the achiness. The kids are really achy and just don’t feel well. It is often described as felling like you got hit by a truck or something. They just feel achy all over and they just look sicker than a regular cold. Both can have runny nose, they both can have coughing, but the two things that are the biggest difference is really the fever and the achiness and just feeling bad all over.

How can you protect your kids from the flu? Is it safe for them to get the flu shot or nose mist?

They can get either [flu shot or nose mist], there isn’t a recommendation on one over the other. I have seen recently, especially on social media, parents going around and round on one being better than the other but really it isn’t like that. They are both good. It is the parents or kids choice. There are some restrictions on the mist, for example kids under two cannot get it and kids with asthma and other illnesses like immune deficiencies can’t get the mist, and often if your nose is very stuffed up at the time then it is better to get the shot than the mist. But other than that they are both fine and they are both recommended. Either is fine, but you don’t need both.

If the kids don’t feel fine right after getting a flu shot, is it the flu that they are sick with? Meaning, can you get the flu from a flu shot?

No, that is a common myth. People often say “Oh I don’t want to get my flu shot because I am going to get the flu from it”, but you can’t get the flu from the flu shot. Now, any immunization you may not feel 100 percent the next day, but most people do perfectly fine with the flu shot and the flu mist. You can have some soreness or redness in your arm, you can have (after the mist) a runny nose, you can have a low-grade fever, but usually these things last at most two days and then you’re better, but the flu can last for a week. True influenza can last for a week. It doesn’t always last for a week but it can last for up to a week and you are much sicker than the reactions you get from the immunization.

If a child does have the flu, is it ok to give them cough medicines or medications?

It really depends on their age because now cough medicine really isn’t recommended in kids under six. If they’re older you can consider giving them some cold medicine like Tylenol or Motrin. But if they really truly have influenza they should be seen by their doctor because there are medicines that, if given within the first 48 hours of the illness starting, can decrease the length and severity of the illness. So often those are indicated but are prescription medications.

Is there anything to the old wive’s tales of trying to burn out a fever or freeze out a cold?

Don’t put your kid in an ice bath. People are often aggressive about treating fever, probably moreso than they really need to be. Fever does serve some purpose. Usually what I tell parents is that you don’t have to have your child 100 percent fever free all the time when they’re sick. Especially if you are just giving them Tylenol or Motrin around the clock. But if they’re acting or feeling miserable and the Tylenol or Motrin is going to make them feel better than it is okay to give it to them. But if they have a 101 temp and they are happy as a clam, don’t bother giving them medicine.

How does the flu virus spread?

It is spread through droplets which means that if I cough right in your face I can give it to you. If we drank out of the same cup, I could give it to you. If I am trying to be good and I cough into my hand—which is why we teach people to cough into their elbows now—and then touch a doorknob and then you come behind me and touch that doorknob and then touch your face, you can get it.

Is there anything as far as a child’s diet that can help them not get sick with the flu? Should they eat a lot more Vitamin C than normal?

No, its fine for them to eat that stuff and we really want kids to eat their fruits and vegetables, but it won’t necessarily stop them from getting sick.

Is there anything else you would like to add?