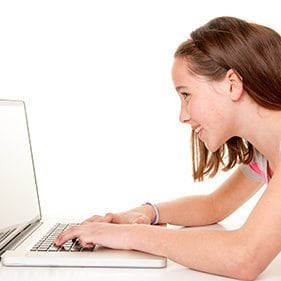 Does your son procrastinate and turn his school work in at the last minute? Did your daughter suddenly develop an interest in computers right around the time she turned 16? If so, their future may lie in computer science.

Code School, an Orlando-based company, has studied how to identify future coders. A study released last September reveals the traits, tendencies and behaviors in children and teens that correlate to a future in a computer science profession.

The study, commissioned by Code School and conducted in July 2015, surveyed more than 2,200 coders and developers and asked them to recount personal traits, tendencies and preferences from their younger years. The results report that most coders and software developers form hobbies and interests in computers before the age of 16, and their interest carries into their college and professional years, leading to a computer science profession. The study also looked at coders’ hobbies, work ethic and academic achievement during their formative years.

“We conducted this survey to shine a light on what future coders and developers look like at a young age so we can identify budding computer scientists and cultivate their interests and talents early on,” says Gregg Pollack, founder and CEO of Code School. “Understanding and identifying these traits and tendencies is important in helping parents, teachers and professionals prepare kids for potential future careers in the rapidly growing computer science and technology fields.”

The survey was taken online and polled 2,200 coders and developers from Code School’s national network of more than 1.2 million computer science professtionals. It was a random sampling from that larger population, and there was no incentive given to respond. Taken together, the study’s results create a picture of what budding coders look like during their formative years. The survey also revealed gender-specific traits that may predict a future in coding. Key findings include:

• More than half of men got into computers at age 15 or younger, while two-thirds of women became interested in computer science at age 16 or later.
• More than 83 percent of men had computers as the top hobby growing up, with sports (61 percent) and music (59 percent) next in line. For women, music was preferred over computers (63 percent vs. 52 percent).
• Women were less likely to procrastinate and more likely to turn in work on time with the best quality, while 41 percent of men admitted to waiting until the last minute to do school assignments.
• Women were less likely to drop out of college than men (7 percent versus 14 percent). The majority of women (51 percent) received bachelor’s degrees and 30 percent completed graduate degrees while only 42 percent of men received a bachelor’s degree and 27 percent a graduate degree.
• Women are more likely to have steady middle-class incomes with 32 percent making between $50,000 and $99,999 per year, and are less likely than men (17 percent) to make more than $100,000 annually. Men tend to live at both extremes of the annual income scale, with 1 in 4 making $100,000 and 1 in 5 making less than $25,000.

“Current trends suggest that jobs in the industry will continue to grow at a faster-than-average rate through at least 2022,” said Pollack. “Parents, teachers and community leaders should look for these traits and tendencies in youth and nurture them. The world has never provided more opportunities for kids to get more involved in computers through coding boot camps, online tutorials and gamified training, and now we’re learning more about what kinds of behaviors predict a potential future in these important careers.”

If your kids want to code, it can be tough to know where to start. One great way to get your kids into coding is through your local Coder Dojo. Not only will it give your kids an exciting place to explore what they can do with coding, but it can give them a place to connect with other kids that enjoy the same things that they do. You can find your local Coder Dojo at www.coderdojo.com.

Kids can also learn how to be a coder at Sylvan Learning Centers after school. For shorter coding workshops, MOSI offers coder learning opportunities in their school break camps and special weekend events.

When kids spend most of their day on screens, learning to code can be a way for them to do something productive that will help them learn without having to worry that they are playing video games that you might not approve of.

Coding is something that your kids can do today to help them have a brighter tomorrow.