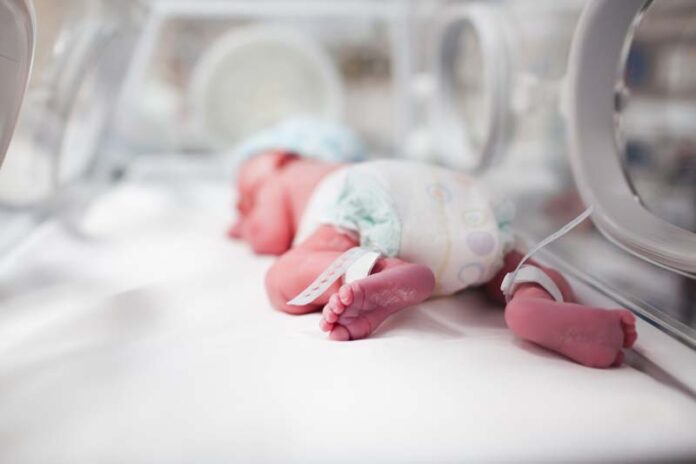 In the Day Hospital Unit at St. Joseph’s Children’s Hospital, a small team of health professionals gathers for what appears to be a routine procedure. An infant is brought in by family members. A nurse cleans a spot on the infant’s skin and places a line for an IV. For the next 60 minutes, the contents of an IV bag flow silently into the baby’s body.

At first glance, it’s a mundane scenario, one being replicated in countless hospitals and clinics around the world at any given time. But what’s happening in St. Joseph’s Children’s Hospital is nothing short of a miracle: The fluid coursing through the baby’s veins is a shot at a normal life for a child with Spinal Muscular Atrophy (SMA).

Until three years ago, a baby born with SMA would have faced a lifetime in a wheelchair or attached to a ventilator—if they were able to survive past toddlerhood. But thanks to a recently approved gene therapy named Zolgensma, the outlook has suddenly brightened.

“It’s a miracle drug,” says Blake Shay, PharmD, MS, BCPS, pharmacy manager at St. Joseph’s Children’s Hospital/St. Joseph’s Women’s Hospital. “Once the dose is complete, that baby has a better chance at a normal life to look forward to.”

According to the National Institute of Neurological Disorders and Stroke, SMA is a group of hereditary diseases that progressively destroys motor neurons. Motor neurons are nerve cells in the brain stem and spinal cord that control activity such as speaking, walking, breathing and swallowing. When these motor neurons are destroyed, most patients with severe forms of SMA end up requiring invasive ventilation or unable to walk. In many cases, this is a fatal condition.

Until recently, the prognosis was universally grim. However, in May 2019, the Federal Drug Administration (FDA) approved Zolgensma, developed by Novartis Gene Therapies Inc., to be used on children less than 2 years old.

Shay explains that all newborns are screened for SMA at birth. About one child in every 11,000 is born with some version of this condition. Tests are done on the newborn and sent to an area academic center—in our case, University of South Florida—and from there to a pediatric neurologist, who refers families to St. Joseph’s Children’s Hospital, which is the only hospital in southwest Florida that currently offers Zolgensma treatment.

Early treatment is critical. Once motor neuron function is lost, it usually cannot be regained, says Shay. If patients are treated before the deterioration has begun, it is possible to arrest the progress of the disease. At a national list price of $2.125 million for one dose of Zolgensma, the drug is carefully regulated and administered. But just one dose can mean the difference between life and death, or a life with severe limitations compared to an almost typical one. Fortunately it is covered by most insurance companies.

“It’s kind of a race against time,” says Shay. “As soon as they’re born, once the labs confirm the diagnosis, within weeks of birth to one month, we get them in for treatment.”

SMA is caused by a mutation in the survival motor neuron gene 1 (SMN1). This gene produces the protein that maintains the health of motor neurons. When a patient receives an infusion of Zolgensma, they receive a copy of the gene encoding the human SMN protein. This gene is attached to a viral vector (think of this as a delivery truck), which goes to the spot where the gene is missing and replaces the mutation in the chromosome with the new, working gene.

At St. Joseph’s Children’s Hospital, nine babies have received the infusion so far. Although it is too soon to see the results with those specific patients, studies going back six years show marked improvement in patients meeting milestones, says Shay. “Babies who would never have walked are walking; even those with severe cases are not wheelchair-bound, not on invasive ventilation,” he says. “They are living a more normal life, which is incredible.”

“This is the future of pediatric medicine,” says Shay. “To be able to help people in such a way … it is really exciting.” 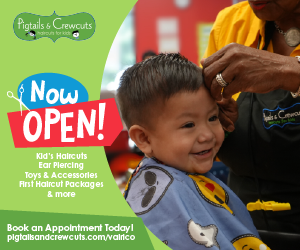