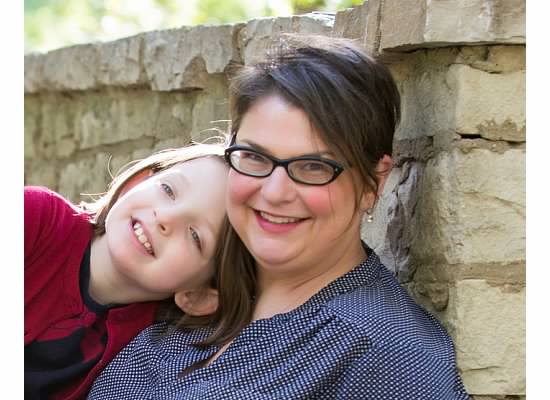 It’s International Women’s Month and that gives us the opportunity to shine an even brighter light on equity, particularly around what girls dream about becoming in their future. For decades, I’ve been lucky enough to work with girls of our next generation, providing them a door into the amazing world of science, technology, engineering and math. As a scientist myself, with a lot of math in my background, it’s disheartening to see an imbalance in the women-to-men ratio in careers like engineering and astrophysics. That said, I have seen promising changes during the last 25 years for women in science. As a society, our emphasis on STEM is encouraging.  A college at Yale was just named for Grace Hopper (one of the nation’s first women computer programmers) and the fabulous “Hidden Figures” film showed us a portrait of strong African American women pioneers in math.

But the literature I’m reading also tells a story that we haven’t told before, that very, very young girls (in kindergarten) for instance, are feeling biases around their abilities in math, even though they are below the surface.  Parents can reinforce STEM confidence at home as early in life as possible.  Here’s a few tips from my house to your house.

1. Rethink Praise.  Let’s face it.  STEM subjects can be absolutely difficult, no matter what your gender. So, when a girl gets a great grade or wins a science fair, don’t make that the “end-all, be-all” achievement. Rather, praise her hard work. By focusing on effort and not outcome, you build internal brain circuits for resilience, not just pride in a number or letter.

2. Go Big. Go Small. Girls respond to STEM topics more acutely if they are relevant to their lives.  So, first, focus on the things that she cares about in her own world – whether that be pets or water quality. Plug that into science. Then, if you can, combine it with a larger altruistic goal that has a worldly bent. When she’s ready, you might say: “I love that you care that everyone has access to clean water. Maybe you can use that passion to rethink how, say, families in Africa engineer a well. There’s a great organization called Engineers without Borders.  Let’s look it up together.”

3. Make space. I have had more contraptions built around my house that STAY than I care to admit. For this Christmas, a microphone stand created the basis for a pulley system for our mistletoe to go up and down over unsuspecting couples (aka Mom and Dad).  Whether you order a Tinker Crate to your house, or just go outside and create a collection of shells, make space for science in your home. The idea is this: You’re giving permission for science to go on at any time for your daughter.  And STEM applied anytime, anywhere, is the resulting mindset.

At the Glazer Children’s Museum, we’ll be making announcements soon about new commitments we’re making to advance a statewide coalition around girls and STEM.  In addition, we’re pairing with NSF and the National Girls Collaborative Project to create afterschool programs for girls. We’re fully engaged in the ongoing push of the Tampa Bay STEM Network to align private industry, academia and our local non-profits in an energetic and cooperative movement to provide STEM pathways for all of Tampa Bay. Follow Glazer Children’s Museum on Facebook or Twitter and look to our website glazermuseum.org to continue to find out more about how we’re leveling the playing field for girls in STEM – not just in March, but year-round.