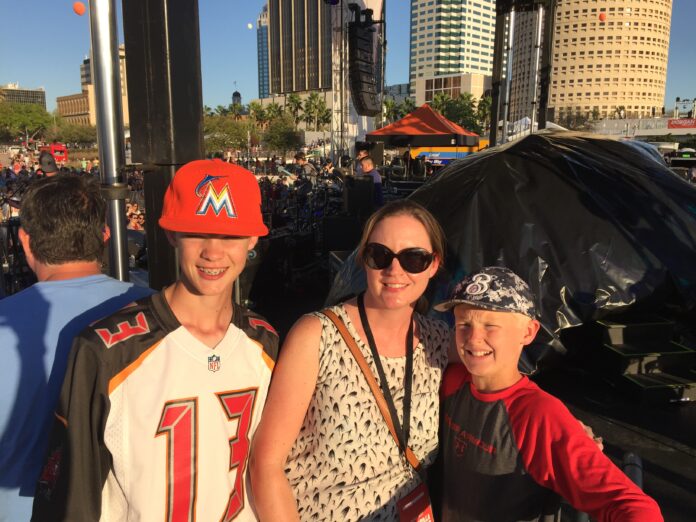 Dorothy Nolte penned the poem “Children Learn What They Live.” Let them live lives filled with music, then, I sing (though I’m much more dancer than vocalist).

Related: Fire up those dancing feet: An Inside Look at GMF 2020

Since 2012, Tampa Bay has enjoyed living out its music festival dreams with the Gasparilla Music Festival (March 7 and 8 across multiple stages in Curtis Hixon Park). The Gasparilla Music Foundation’s founding members, the Ring of Fire, share a vision of sustainable arts and culture for the city.

“Where do you need help?” That was Melanie Hodge Rouse’s question to her Ring of Fire friends before the first GMF. A concert enthusiast, Rouse started volunteering with GMF in various roles and presently serves as GMF’s Kids Fest captain and Board of Directors’ secretary.

As son Holden (6) grows, so does Rouse’s passion for GMF. Also blossoming is Holden’s love of music.

“During his first GMF, he seemed sensitive to noise,” she says. “Now, he looks forward to music class at school and is excited to see some of his favorite bands.”

The first-grader has a newfound passion for Portugal. The Man—one of GMF’s 2020 headliners.

“He asked me to keep them on repeat so that he could learn their lyrics,” Rouse says.

Though he initially shied away from music festival noise, Holden now wants to go with the beat of the band and is also excited for photo ops with band members.

The music-loving mom is thrilled her son’s GMF experience has evolved:

“It’s not just something that takes mommy away.” Rouse hopes that like Holden, Bay Area kids will love getting their hands into the tie-dye station, interactive elements, Kuumba drums, kids rock and all the musical elements GMF’s Kids Fest has on its setlist. In Portugal. The Man’s words, “Can’t keep my hands to myself.” 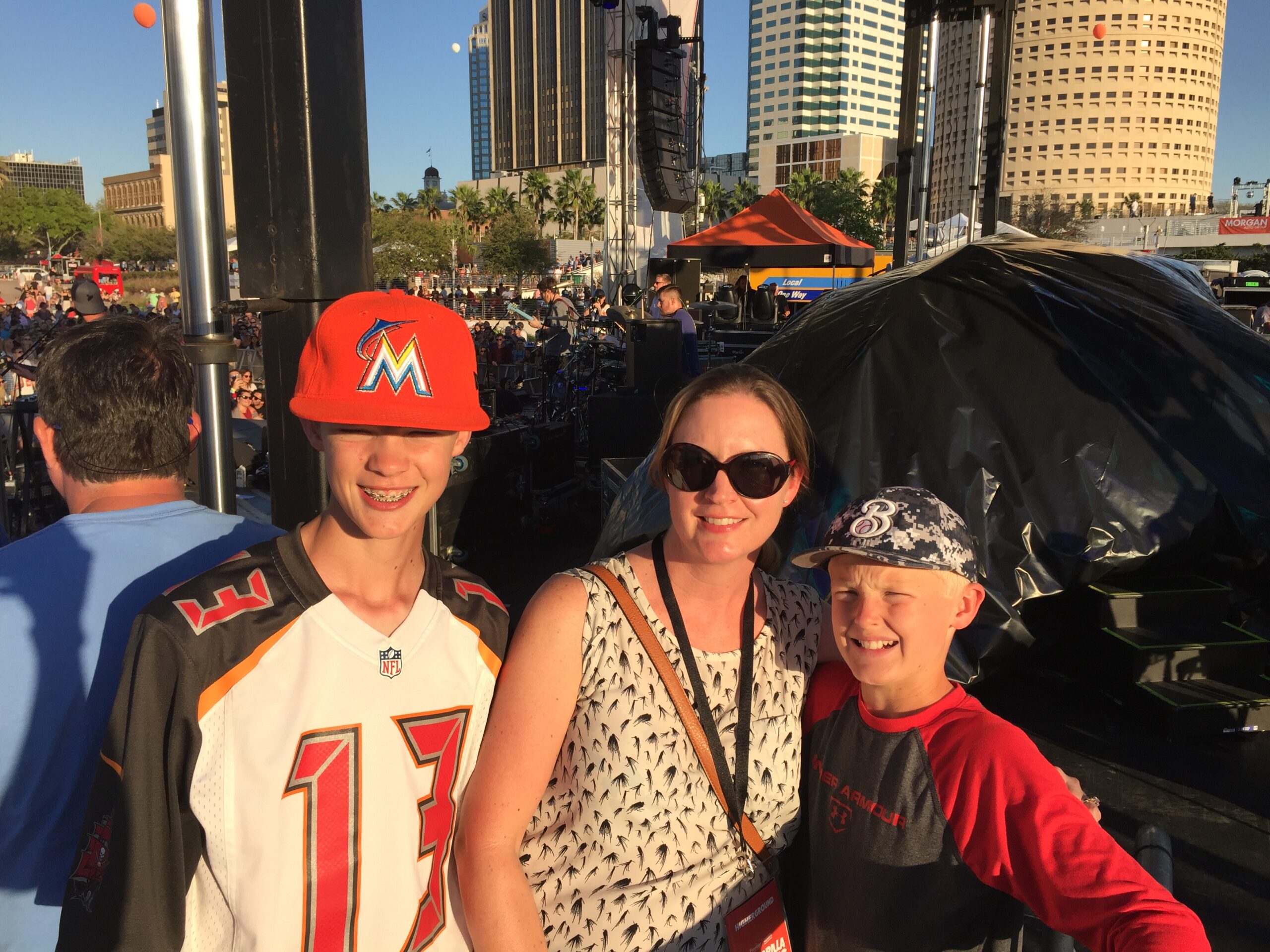 Jeff and Jenn Hunt have had their hands on GMF since 2010, when their two boys were 6 and 3 years old.

Given their parent roles, it was key for Ring of Fire members the event be family-friendly.

“We’re proud we’ve maintained that identity and Kids Fest has been integral in that,” says Jeff, who believes national acts now taking GMF’s Kids Fest stages are testament to its growth.

Though not musicians, Jeff and Jenn are live music aficionados whose kids have grown up in the local music scene.

Now 15 and 13, Drew and Max are following their parents’ footsteps and volunteering at GMF.

Festival weekend, Drew will be busy working GMF volunteer shifts, and he’s brought in friends who also want to volunteer .

And there’s the full drum circle: younger generations getting involved with GMF.

When the Hunts and their friends got started, the group of young professionals wanted to create something that attracted talent to Tampa. Studies show that events like GMF help cities flourish.

Tampa-based band, Visit Neptune, playing GMF 2020, is proof of kids who’ve grown up around GMF and are now budding musicians themselves.

The Hunts are proud that GMF’s support of music education is getting more kids get acclimated to music, especially in underserved areas.

Children learn what they live. Let them live music. Feel It Still.

There are so many amazing hotels and resorts along the beaches in Tampa Bay, but there is one that is quite literally the perfect...
Read more