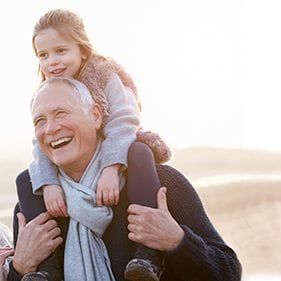 When it comes to serving as a support system, grandparents can assist with many things such as childcare, homework, childrearing, disciplining and more. If you are in a family unit where grandparents are serving this support role, here are some things to keep in mind:

Respect boundaries. Remember that when serving as a support system a grandparent is supposed to support the parent. In other words it’s important to remember who the parent is. Be mindful of how the parent wants the child raised and disciplined. If you don’t agree on subjects such as these you need to:

Communicate. Families should work together to communicate their values and wishes for raising the child/ children. For example, if grandma thinks sweets before dinner is perfectly fine but mom always tells Timmy that he can not have sweets until after dinner you are sending a very confusing message to the child. The last thing you want is Timmy saying something like “But grandma said it’s okay!” because this can potentially damage the relationship between the parent and the child.

Take a break. It’s well known that parents sometimes need a break, but when grandparents are frequently caring for children they might need a break too. Be careful not to take advantage of the grandparents’ willingness to help out. Grandparents should also speak up if they feel they need to cut back on the amount of time they spend with your child/ children.

Fight fair. Should tensions rise talk it out and settle it fairly as soon as the issue occurs. Don’t let it build up because family drama can strain relationships among all family members.

Acknowledge and thank them. Parents should make sure that grandparents know they are appreciated. You could do something special to celebrate National Grandparents Day, which falls on September 13 this year, or you could take them out for lunch/dinner every once in a while to express your appreciation.

Utilize grandparent support groups. There are various groups in the community geared towards the needs of grandparents as caregivers that teach tips for integrating the grandparent role into the family unit and increasing a positive outlet.

Above all, focus on family stability. Remember that the safety and well-being of the child is the top priority. That’s what matters most at the end of the day- taking care of the kids!