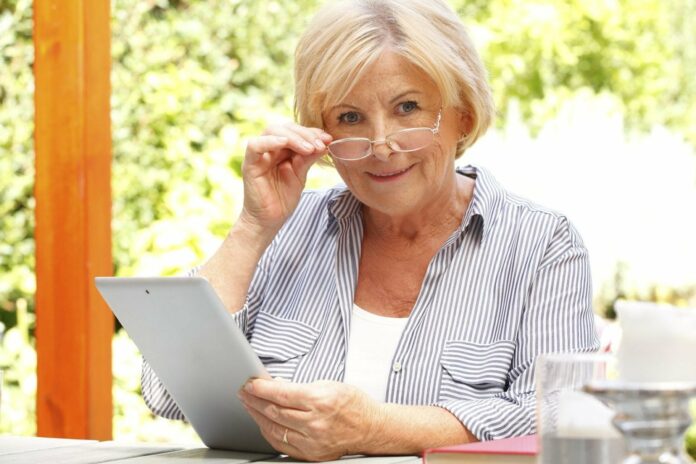 The Internet may be fun, but when forced to choose between family and Facebook, Americans aren’t addicted enough to neglect their loved ones, according to a recent study by highspeedinternet.com.

The survey, conducted via Google Consumer Surveys, polled 1,000 Americans of different ages, sexes and income brackets across the United States to ask one simple question: “Which would you rather give up for six months? The Internet or seeing family?” The response? Across every demographic, the majority of polled Americans —83.7 percent—said they would rather give up Internet use to see their families.

Social media and the Internet both have an undeniable presence in most Americans’ lives. A recent study found that social media interaction utilizes the same part of the brain used for in-person socialization, while another study found that frequent use of certain Internet communication platforms can actually decrease stress. But this trend isn’t without its detractors. A vast amount of research shows the negative, addictive effects of social media and Internet use. A primary claim of these studies is that technological socialization — social media and texting — reduces focus and communication during in-person interactions.

However, HighSpeedInternet.com also found that 80 percent of polled Americans would give up coffee over Internet use. Compared to the nearly 84 percent willing to give up Internet in favor of family, these results indicate that Americans likely still see the Internet as a consumer product. And while many people might be willing to sacrifice one product for another — coffee for Internet, in the above example — very few would go so far as to sacrifice personal relationships for a product.

This seems to suggest that, contrary to what many online articles might imply, direct interaction with family is still more important than social media. And while the Internet can offer benefits like enhanced brain function and easy socialization, it may not form as unbreakable a habit as formerly assumed.

Interestingly, the initial survey responses were not identical across all demographics. While each polled group did show an overall majority in favor of seeing family over using the Internet, there was some variation in the exact numbers.

When analyzed by age, for example, the survey indicates that millennials are a bit more resistant to giving up their Internet access than older Americans. Statistics show that 88 percent of participants aged 45–54 picked giving up the Internet, while only 73.9 percent of those aged 18–24 made the same choice. While it’s undeniable that younger generations have a greater affinity for the Internet than older generations, that margin is relatively small. This, too, implies that millennials may not be quite as addicted to the Internet as previously thought.

A breakdown of survey responses by gender confirms the value of family time. When asked to choose between family and the Internet, men and women actually scored fairly close together. The survey shows that 85.5 percent of women chose family over the Internet, while 81.8 percent of men did the same. Given that men spend 19 hours per week online outside of work, whereas women spend only 14, those figures are slightly surprising. They indicate that both groups place a similar value on family, despite the fact that men spend about 35.7 percent more time on the Internet than women.

An analysis of survey responses across the geographic regions of the United States also shows consistent results — Americans scored almost evenly nationwide in placing family above Internet. The widest variation falls between the South, where 84.7 percent of those polled chose family over Internet, and the Midwest, where 81.5 percent made the same decision. Such a small difference across the country proves that, at least in this sampling, family values are still a high priority.

Responses from varying income levels showed a slightly higher disparity. According to the survey, Americans of an income between $100,000 and $150,000 chose seeing family over Internet use more often than those of an income of $0 to $24,000. However, even across such a wide range of incomes and lifestyles, the majority still consistently chose family over the Internet — scores held above 70 percent across all income brackets.

Despite these slight demographic variations, the overall survey results show that Americans value family time more than Internet use. So while there may be some enjoyable short-term benefits from Internet use — social media sites can and do reward users for interacting with the site — those perks aren’t enough to convince most Americans to forfeit family relationships.