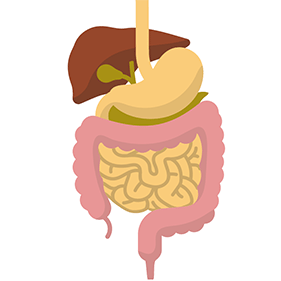 Sometimes, the best clues to your health might not be the most polite of subjects. A hundred euphemisms exist to discuss gas, bloating and bowel movements, but—especially with March being colorectal cancer awareness month—it is all the more important to pay attention to what the lower end of your torso is up to.

“Even though people don’t like to look at their poop, it’s important for people to be stool gazers,” says Dr. Donna Powell, a gastroenterologist with BayCare Medical Group.

She isn’t joking. The state of your bowels are an excellent indication of many health issues that could be occurring in your body. Here are a few typical symptoms that you may be experiencing that Powell cautions could indicate bigger problems.

Constipation
“The most important thing is paying attention to your bowel habits,” Dr. Powell says. “Typically, if you’re going three days without a bowel movement or your stools are hard requiring straining, it’s considered constipation.”

Habits are important, Powell says. If you’re a person who has his morning coffee and immediately afterwards heads to the bathroom—and then one day there’s a change, it’s important to pay attention to that change. Anytime there’s straining, if stools are either harder or watery, or if there are more than usual, this could be a sign of something serious. One potential culprit: colorectal cancer. A common indicator for this disease is a sudden change in the shape of stools. If they are shaped like a pencil, this could be a sign of narrowing or a stricture in the colon or rectum, Powell says. Especially if this is combined with rectal bleeding, it could indicate an obstruction as a result of cancer, colitis or the presence of a large polyp.

Acid Reflux/Heartburn
Powell describes this as a burning sensation up the middle of the chest, often accompanied by a sour, metallic taste. This occurs when the sphincter between the esophagus and the stomach relaxes when it shouldn’t, allowing the acid to go up in the wrong direction. Other symptoms include pain at the top of the abdomen where it meets the chest; a chronic cough or cough after eating; waking in the middle of the night with a burning sensation or choking; clearing of the throat several times a day; and hoarseness that can be caused by inflammation of the vocal cords. “Go and seek medical attention” if any of these symptoms have been recurring for a few days, Powell advises.

Heartburn (or GERD as it is sometimes referred to), can be alleviated by lifestyle modifications. Doctors will usually suggest avoiding consuming caffeine, chocolate, tomato or red sauces, citrus, peppermint and spicy food. Adds Powell: “Elevate the head of your bed and wait two to three hours after eating to lie down.”

Bloating
The vague and unpleasant symptom of “bloating” is one that many patients often come to Powell complaining of, especially women. The problem with bloating as a symptom is that it can indicate so many things.

One culprit? Irritable Bowel Syndrome. IBS is common in people with high stress lifestyles, and is often linked with anxiety, depression and even abuse. In addition to bloating, which can occur not just after a meal but throughout the day, IBS sufferers often complain of abdominal pain or alternating bouts of constipation and diarrhea.

However, bloating can indicate problems other than IBS, Powell says. Gallbladder disease is one such problem: chronic inflammation of the gallbladder or biliary dyskinesia, in which the gallbladder is malfunctioning. Gastroparesis—or delayed emptying of the stomach—can also cause bloating, as can bacterial overgrowth in the small intestine. While a regular and comprehensive workup is required to pinpoint the culprit, Powell says some relief can be obtained through home remedies such as peppermint oils or the avoidance of gas-producing foods such as cauliflower, broccoli, cabbage and beans.

Fecal Incontinence
“People are pretty distraught when they have this,” Powell admits.

Fecal incontinence can be very unpleasant to manage, and is more common in women, especially those who have had multiple children or episiotomies. It’s caused by a pelvic floor dysfunction, when the muscles of the pelvic floor do not contract as they should to propel a normal bowel movement. Ironically, this condition can be caused by underlying constipation, when a backup of fecal matter can overflow and leak out of the rectum. Treatment for pelvic floor dysfunction is biofeedback therapy. If the cause is overflow incontinence, Powell says she puts her patients on a bowel regimen that includes Metamucil or Benefiber to help bulk up the stool.

As more Americans become obese—Powell says 60 percent is the latest count—such problems only continue to grow. People with abdominal obesity have a higher chance of suffering from GERD or acid reflux. Up to 20 percent of those suffering from fatty liver disease, which is caused by fat deposits in the liver, go on to develop cirrhosis of the liver. Obese people are also at a higher risk of developing GI cancer.

Prevention
The lack of fiber in a typical American diet is another culprit to finger for a variety of conditions, including diverticulosis, which is caused by pockets forming in the colon and can lead to inflammation, pain and bleeding.

Other than eating healthy and exercising, Powell recommends that everyone take a daily probiotic and/or fiber supplement. Cardiac exercise four to five times a week also helps to keep the bowels regular. “Anyone who is 50 should be having an initial colonoscopy, unless they are African American, in which case they should start at 45,” she says. If you have someone in your family who has been diagnosed with colorectal cancer, then you should have that initial colonoscopy at an age 10 years prior to when that relative was diagnosed. Remember to:

Digestive Advantage Daily Probiotic
Is a probiotics supplement that targets your specific digestive health needs, helps lessen minor abdominal discomfort, bloating and occasional diarrhea and with continued use, and supports your long term digestive health. It contains BC30, a natural probiotic that survives 10 times better than yogurt to deliver good bacteria where you need them.

Digestive Enzymes
Every bite of food you eat requires a certain enzyme to digest that particular type of food in such a way that the nutrients can be absorbed by the body. AIM’s PrepZymes ™ contain digestive enzymes for every type of food that we eat.

Neuner’s Organic Baby Stomach Ease Tea
This tea is a traditional mixture of organic herbs known for its pleasant and calming effect to baby stomachs. For 125 years, mothers have trusted Neuner’s herbal tea to help calm an upset stomach. This tea may help to relieve colic and wind. Aniseed, fennel, chamomile, caraway have been used throughout the world for colic for generations.Thyme is antiseptic and helpful with colic but is also beneficial for coughs and colds.

Natural Calm Plus Calcium Original
Athletes put their bodies under intense stress. Strenuous exercising and sweating (due to exertion and high temperatures) can cause the body to lose magnesium. Many athletes are deficient in both calcium and magnesium.