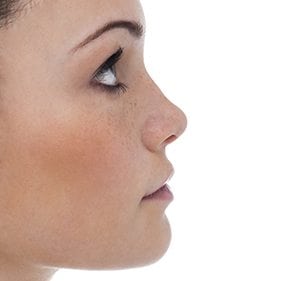 Sophia, 13, came to my all-girls summer camp having been through two years of hell. At the start of sixth grade, her group of “best friends” ditched her, and worse, turned the rest of the girls against her. Every day she was harassed by not only the girls but the boys as well. As a result, she became withdrawn and depressed.

For some reason, the “queen bee” allowed her into the popular clique at the beginning of seventh grade, and Sophia went all in. She totally changed herself to be just like those girls, in dress, language, attitude and behaviors. She started being mean to other girls outside the group, and she also started drinking alcohol and engaging in sexual behavior with guys at parties. Sophia ended up having a boyfriend with whom she sexted, and her grades began to suffer. Despite being in the popular group and getting tons of attention, she was more miserable than ever.

Girls like Sophia struggle every day to keep their heads above water as they undergo the many changes of adolescence. There are a number of factors that make this stage of their lives a challenge.

One factor is that girls are unaware of the important transformation they are undergoing – what I refer to as the Heroine’s Journey. In this evolution, girls transform from a girl into a woman, and it requires many levels of support and tools.

Unfortunately, we have lost sight of this process in our whirlwind culture. One place to look for help in understand this stage is traditional fairy tales about girls, like Cinderella, Snow White and Sleeping Beauty. I’m not talking about the Disney versions of these tales; however, I’m referring to the original versions written as folk tales by authors like the Grimm Brothers and Charles Perrault back in the late 1600s. These stories had a completely different message than Disney’s.

The original tales were about the so-called heroine’s journey. In these versions, the girl herself was the agent of change not the man. Disney made these stories into a hero’s journey, with the prince swooping in to rescue the poor princess.

In the traditional tale, Cinderella worked alone for years, experiencing great sacrifice and harassment from her stepsisters. Cinderella used her years of servitude to learn how to be independent, self-reliant, work hard, endure suffering and loss and gain self-efficacy. When the prince’s ball happens, she is ready to meet the world on her terms. She is confident and powerful, and this energy is what radiates outward from her and attracts the prince. She has connected with the princess within her.

Sleeping Beauty and Snow White spend their adolescence sleeping, a metaphor for going inward. All girls need time in their adolescent years to withdraw from the world to gather the strength, courage and wisdom to be able to overcome the challenges they will face as adult women. That is the heroine’s journey.

This evolution involves going inward, requiring solitude, reflection and soul-searching. It also entails overcoming challenges, some suffering and hardship, and pursuing their passions in order to find themselves and their purpose.

One crucial skill all girls need to develop is the ability to slow down, get quiet and go inward to know what they are feeling, what they need and what’s right for them. When I asked Sophia how she felt about the relationship aggressions she had experienced, her response was typical of girls today: “I don’t know.” Girls need alone time to gather themselves and to process through their emotions and issues.

When I used to ask classrooms of high school girls how many of them spent time alone and quiet, I used to get at least a fourth of them to say they did. In the past 5-10 years, I often get no affirmatives, and the most common reason girls give as to why they don’t is, “There’s no time. We’re too busy!” We must teach girls to value this down time – to unplug from technology and their friends and be with themselves.

Girls also need a lot of help in learning how to deal with their conflicts directly and effectively. When 12-year-old Lane had a problem with something she heard Katherine had said about her, instead of confronting her, she gossiped to her other friends, calling Katherine a jerk. Katherine’s friends heard about the gossip and got angry with Lane. Thus the drama unfolded. Girls are so afraid to handle things directly because they are so afraid of losing friends and being alone. This fear drives them to put up with abuse and to let problems fester. These unexpressed feelings and unresolved issues are one of the major contributors to mean girl behaviors.

You can give girls lots of practice dealing with conflicts more effectively at home when issues arise with their siblings and parents. Schools need to provide the time regularly for girls to talk to each other, hold each other accountable to their agreements, handle conflicts and boos their social-emotional intelligence. Girls love sitting on the floor in circles sharing their stories and learning from each other, and this social-emotional learning is important.

When you create safe spaces, it gives girls like Sophia a chance to get their needs met and resolve conflicts so that everyone feels heard and moves on.

The first evening of the camp Sophia attended, we had a spa night to get the girls to drop their guards. They did up each other’s hair with shaving cream, lathered on oatmeal for their facials, and slid through a 50-foot slide covered in mud that dropped them into a pool of thick, muddy water. The results were incredible. Everyone had a blast and for the rest of the week no longer cared about how they looked. They even committed to wearing no makeup all week!

Sophia and the rest of the campers shared their stories and, sometimes through tears, learned they were not alone and relaxed into this safe, nurturing environment. Safe, sacred spaces like this are a must for girls because they so need to have places where they can let their hair down and get real. Having mentors, or as Margaret Mahler used to call them, safe bases, to learn from also is vital. Our camp counselors became mentors girls could trust to love them no matter what and be there for them when needed. Make sure your daughters have people like this they can rely on.

By the end of the week these adolescent girls were more relaxed and happy than they had been in a long time. Experts have been telling us for the past 50 years that all girls lose their self-esteem in middle school and don’t recover it for years, if ever. I don’t buy it. What girls have demonstrated to me over and over again is that, when you can get them into an environment where they feel safe, not judged, accepted for who they are, nurtured and loved, they break out of their protective shells and their true, authentic selves come out to play.

The problem is that they are too often in toxic environments where they feel unsafe, judged and surrounded by relationship aggression and drama. Who wouldn’t feel insecure and unsafe there? The hallways at school are probably the toughest places for girls to stay true to themselves. It’s no different than an adult in a toxic work environment. It feels terrible, and your best self is nowhere to be seen. So let’s start focusing more on cleaning up these environments than on the symptoms girls exhibit because of them.

Sophia rediscovered her true self, and she committed to being herself when she went back to school this fall. She will need to continue to journal, check in with herself and ask for what she needs. I want all girls to have the awareness, information, skills and guidance to successfully traverse this crucial transformative stage of adolescence. When we provide girls with this understanding and tools, then, and only then, will they be able to live happily ever after.

Tim Jordan, MD, is a developmental/behavioral pediatrician and author of Sleeping Beauties, Awakened Women: Guiding the Transformation of Adolescent Girls.