Infertility Isn’t Only a Woman’s Issue 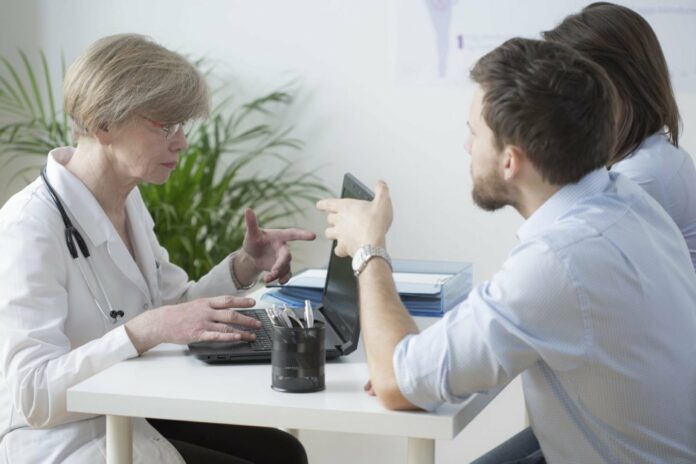 Although many people still think of infertility as a “woman’s problem” the fact is that difficulty conceiving is associated with male problems as often as it is with female issues.  Infertility, defined as the inability to conceive after one year of unprotected sex, affects one in six couples of childbearing age in the United States.  In 40 percent of cases, the problem resides with the man.   And while “Women are from Mars and Men are from Venus,” the pain of infertility can cut just as deep for a man,

“I’ve seen men in my office in tears,” said Dr. Howard Heidenberg, a board-certified Tampa urologist who treats men for infertility.  “Having a family really means a lot to them.  They have the perfect spouse and family is a big piece of the dream for them.  They can get emotional, which is perfectly normal.”

On the flip side, infertility can be a tough topic to handle for some men because of existing attitudes of shame and denial.

“Some men emotionally shut down and refuse to be involved in treatments or talk about it,” adds Heidenberg.  “Basically they just choose to opt out.  People are very different.”

According to Resolve, The National Infertility Association, men are not as willing as their female partners to talk about their infertility, explaining “perhaps this is because we traditionally think of children as a woman’s province, or because over the ages, conception has been thought of as the woman’s responsibility.”

Heidenberg agrees.  “When infertility is involved and both partners want a child, it’s certainly emotionally difficult for both men and women.  However, men seem to be less devastated because many define themselves and their identity through their work and physical activities.  For many women, having children and being a mom is an essential part of being a woman.  Also, it may be easier for a man to put it out of his mind because he’s not getting his menses every month and he’s not looking at his friends who are pregnant and saying “Why can’t it be me who’s having a baby?”

Heidenberg says men must realize infertility has nothing to do with virility.

“There is still, even in our modern society, a somewhat macho mindset.  The first thing I tell my patients is this has nothing to do with their sexuality.  The most virile guy around may have problems with his sperm.  Chances are, they know somebody who is in the same boat, but in general, men avoid talking about it….we just do a lot of grunting.”

In fact it is easy to find thousands of women openly sharing their infertility struggles on the internet, social media and blogs.  Celebrities like Nicole Kidman and Sarah Jessica Parker have made no secret of their infertility.  However, it is far less common to find a man stepping into the spotlight to discuss his infertility.   Celebrity Chef Gordon Ramsey did broach the subject when he revealed that he had a low sperm count possibly as a result of working in hot kitchen environments.

But one thing is certain, like women, it’s crucial men get tested for fertility.  While some men may initially feel embarrassed, the earlier a problem is detected, the sooner a couple can realize their dream of conceiving.

Male infertility can affect men of any age and nationality for a number of reasons.  Low sperm count, poor sperm motility or quality can make conception more difficult, says Dr.  Heidenberg.  Causes for abnormalities in the sperm include genetic defects, hormonal imbalances, illness, exposure to certain drugs, steroid use and trauma.

Female infertility is a board-certified subspecialty, but male infertility has no equivalent although some urologists have more expertise in treating male infertility than others, says Heidenberg who received his specialized training at Walter Reed Army Medical Center.

About 70 percent of male infertility is treatable, says Dr. Heidenberg.  In some cases, lifestyle changes can help.

If you have questions about Male Infertility, please contact The Reproductive Medicine Group at (813) 914-7304.  Also join our community on Facebook at www.facebook.com/ReproductiveMedicineGroup.