Inspiring Youth to Engage in Government: Starting with the ABC’s 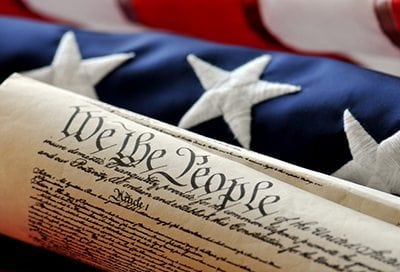 As young people are coming of age in today’s world, one of the most important things they can learn is the importance of government engagement and involvement. Just as the first step in any process of education or engagement is to learn the ABCs, it’s helpful to start with the ABCs of government.

A is for America, and how we differ from other nations. America is unique in the world in that it was created by and for its people. The people of each of the original colonies pledged their lives and their fortunes to support and defend the new nation. America has never had a king or a dictator. America has never been a colonial power. We have been defenders of freedom around the world. We have given aid to our allies, to those we have defeated in conflicts and to developing countries all over the world. America is not perfect, but we should learn and value our history and our unique contributions to freedom, world peace and prosperity.

B is for the Bill of Rights, which has the sole purpose of defending the rights of the people from excesses by government. Although the tradition of protecting individual rights was well developed in England at the time of our founding, The Bill of Rights set a new standard for the rule of law that has become the model for fledgling democracies worldwide. We should all understand the Bill of Rights and appreciate the security it provides for every American.

C is for the Constitution that provides for our governance structure. The Constitution was a grand compromise that protected the interests of all our people. It established clear divisions of power between executive, legislative and judicial branches, and between federal and state governments and the people.  The wisdom of that division of power has been demonstrated throughout our history by keeping our country flexible to adapt to new challenges, fostering competition among the states and protecting the integrity of the Constitution.

These ABCs of government start to tell the story that our involvement is a valuable and honorable responsibility, both for what it can do for our people and for what it must allow people to do for themselves. The next step for any young person is to ask, “What can I do to get involved, or what do I want to influence government to do?”

The daunting challenge faced by governments today is that regulations, tax structures and bureaucracies have become overly complex and self-contradictory. We have promised more than we can or should have governments control or do for our people. Including all of our pension and medical insurance promises, loan guarantees and bonded debt, our federal government has commitments outstanding of over $300,000 per man woman and child in the United States. Many states and cities have similarly outsized commitments.

We now face a choice. It is the same choice that has challenged many families and businesses. We must examine all our expenditures at home and abroad, set priorities, make difficult choices and reset on a responsible and prudent course, a course that will reduce this debt burden and renew private investment in creativity and productivity. The alternative is stagnation and bankruptcy. Bankruptcy for the nation includes losing perhaps our greatest asset, our dollar’s position as the world’s reserve currency. This asset is already beginning to erode and its loss will mean our inability to fund debt. If the world loses confidence in our ability to pay, they will no longer buy our bonds.  When they no longer buy our bonds, promises to our own citizens will be broken.

We hear many complaints about partisanship in government, and we do have acrid debates and intellectual logjams. Instead of being intimidating, this debate should be inspiring and motivating to the younger generation. The current battles in our government are being fought for and must be won by a new generation. The older generations, those who have been running Washington for the last 60 years, have had too much faith in the power of government and too little respect for the judgment and industry of individual citizens. The new generation can accept this path, or they can be their own heroes. They have the opportunity to right the ship of state and to renew our founders’ compact with citizens, honoring existing commitments yet refocusing individuals and local governments on their responsibility to chart and steer their own lives.

The next generation should not underestimate the difficulty of this assignment.  Nor should they back away from the challenge, for it is their freedom and prosperity that is at stake.

Michael Moffitt is the author of Granddad’s Dictionary: Reflections on Life in America. In addition to being an author and grandfather, Michael Moffitt has been an inventor, entrepreneur and community leader. He received a bachelor’s degree from Northwestern University and an M.B.A. from the University of Chicago. Moffitt resides in New Orleans with his wife.