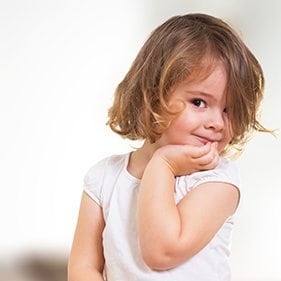 She was only 2 when the doctors gave up hope.

The same small head that Moriah Barnhart had planted hundreds of kisses on would soon undergo surgery, creating a crown of scars. The same tiny arms that Barnhart had marveled at and rubbed with sweet-smelling baby lotions would be poked and prodded and would wear IV’s like puppet strings. The soft round belly that Barnhart had blown raspberries on to hear a chorus of giggles would soon shrink in hunger and pain.

Dalia Barnhart was only 2 when she was diagnosed with an aggressive form of brain cancer, and she had little hope for full recovery. Her mother, Moriah Barnhart, did as the doctors instructed, bringing her in for chemotherapy in doses that could kill a fully grown man.

Weeks went by and her condition deteriorated. Barnhart was faced with seeing her child suffer, not eating or drinking. Her once energetic child became a shell of her former self.

But, Barnhart believed what doctors didn’t: that her daughter could get better, even if it was just better enough to feel less pain.

“It breaks your heart to see your child suffering like that. I knew that I would do whatever was humanly possible to help my child,” says Barnhart.

Barnhart began researching supplements to try to find something to help her daughter through the chemotherapy. She took her daughter to St. Jude Research Hospital for treatment, but sought answers from alternative sources.

After meeting with experts, including top medical professionals, Barnhart decided that there was only one option to which she could turn: medical marijuana.

She packed her and her daughter’s bags and moved to Colorado for six months, where she was able to obtain CBD oil.

CBD oil stands for cannabidiol, which is an extract of the marijuana plant that contains little to no THC. THC is the chemical in marijuana that creates the “high” that traditionally comes to mind when thinking of the plant.

CBD is non-psychoactive, and can actually counteract many of the properties of THC. Using specific breeding techniques, marijuana can be grown with little to no THC and higher levels of CBD.

Currently, Florida law allows the production and use of CBD oil, however those who produce it must pay a $5 million bond to the state of Florida. This makes it increasingly difficult to obtain the oil without leaving the state.

Within the first days of giving her daughter the oil as a supplement to her chemotherapy and radiation, Dalia began to eat and sleep again. Barnhart started to see signs of her daughter coming back to life right before her eyes.

Not only did the CBD oil bring Dalia’s appetite and sleep back, but it actually helped the chemotherapy work more effectively, says Barnhart. It also helped to stop the seizures that she was having as a result of her cancer.

Dalia’s doctor was amazed at the changes he began seeing. Tumors were shrinking rapidly and there was finally hope that Dalia would live, says Barnhart.

“He [the doctor] told me that once you have seen it with your own eyes, you can’t go back,” says Barnhart.

Today, Dalia has a smile that lights up the room. She giggles and wiggles and asks her mother for sweets. She is now 4 years old, her smile lighting up every room she enters, and she is no longer on chemotherapy.

Dalia’s journey caused Barnhart to look around and see the lack of education and awareness of medical marijuana, so she decided to form a group called CannaMoms. Along with several other mothers with similar circumstances, CannaMoms focuses on creating a community that can educate others about the benefits of medical marijuana.

While the road to helping Dalia was a difficult one, it is one that many families are forced to take. Parents, like Barnhart, are frustrated that there is a natural way to help their children but instead are told to give their children addictive medications like morphine and Oxycontin.

Last year, Floridians voted on amendment 2, which would have legalized medical marijuana. It required a 60 percent vote to qualify as a majority and to pass, but reached only 57.62 percent.

Groups like CannaMoms and United For Care are not taking the defeat lightly however, and are fighting to have medical marijuana added back to the ballot as early as next year.

“The goal of United for Care is to pass a sensible comprehensive medical marijuana law in the state of Florida,” says Ben Pollara, spokesperson for United For Care. “Last year the biggest roadblock for us was that $7 million in out-of-state money was spent opposing medical marijuana.”

United For Care is currently petitioning to get medical marijuana on the ballot. The petition needs 683,149 signatures, and is almost to the halfway mark at 400,000. However, to account for potential voter registration issues, 1 million signatures is a more realistic number that is actually needed. As of Aug. 31, enough petitions have been signed to trigger a Florida Supreme Court review of the petition.

“There are hundreds of thousands of people in Florida who are sick or suffering and medical marijuana is something that could possibly help them,” says Pollara.

Because of CBD oil being allowed in Florida, many groups, like Informed Families, feel that legalizing medical marijuana is unneccessary.

“The public, as a whole, also does not know that there is a law in Florida that allows for “medical necessity” defense,” says Peggy Sapp, president and CEO of Informed Families. “So, if a person truly is seriously ill and all viable medical treatments have failed, they can apply for an exemption to the law that could protect them from criminal prosecution for possessing small amounts of marijuana for “medical” purposes.”

However, the fight for medical marijuana goes beyond CBD oil.

Every day in America, an estimated 44 people die from an overdose of prescription pain killers, according to the Centers for Disease Control and Prevention. Even more than the number of people who die from drug overdoses every day is the number of people who become addicted. Every day, almost 7,000 people are treated in emergency departments for abusing prescription drugs, according to the CDC.

“The war on drugs has caused more deaths than actual drugs have,” says Barnhart. “We don’t have a drug problem in this country; we have an addiction problem.”
While medical marijuana has been pushed aside, addictive drugs have been approved for kids as young as 11. On August 14, the FDA approved the use of OxyContin for kids ages 11-14. While this can be helpful for children going through surgery or another traumatic injury, the drug is highly addictive and frequently abused, and it is estimated that the drug earns big pharmaceutical companies upwards of $3.1 billion a year, according to Purdue Pharma.

“I think it [OxyContin] is something people take a look at and say, ‘Oh that’s so outrageous,’ but we in Florida have gone through this horrible pill mill crisis already and now we are expanding usage of these dangerous narcotics to children,” says Pollara. “So my belief is that to the extent that we can use anything in replacement of dangerous narcotics like OxyContin than that is a good thing.”

Morphine is another drug commonly used to treat pain that is also a highly addictive (and costly) substance used for kids who have chronic pain.

“Morphine is from an opiate and only treats the symptoms and pain, but it doesn’t actually treat the problem. Wouldn’t it be amazing if we had something that not only treated the pain, but also solved the problem?” says Barnhart.

While marijuana seems to be a miracle drug, groups like StopRXDrugAbuse.org and No2Pot.org are skeptical of the benefits.

“The public is being bombarded with propaganda that marijuana is a miracle drug that cures illnesses from headaches to glaucoma to cancer,” says Teresa Miller, an antidrug advocate from No2Pot.org and StopRXDrugAbuse.org. “People should ask themselves …if marijuana were truly a miracle drug, why aren’t the pharmaceutical companies promoting the already legal prescription cannabis-based medicines the way these companies have marketed narcotics? The answer is simple: It isn’t the best available drug AND the risks far outweigh any benefits perceived or actual.”

While medical marijuana continues to be a public debate, groups like Informed Families and No2Pot.org are pushing for scientific research to put an end to the debate.

“Medicine should be determined through science, not popular vote,” says Sapp. “Policies involving medical issues should be rooted in scientific research, not just anecdotal stories. It’s important for the public to understand that this issue is not about someone who is on their deathbed looking for any form of relief. It is about opening the floodgates for investors to come into Florida and create a Big Marijuana business, where for the right price anyone can get a so-called medical marijuana card to obtain a joint, a spiked brownie or a tincture that is labeled ‘medicine.’”

To families on the fence about voting or signing the petition for medical marijuana, Barnhart urges you to think of your own kids.

“We have been through this, so we know, but unfortunately this is one of those situations that, until you’re in it, you might not understand. So consider your kids and your family,” says Barnhart. “You want these options to be available if your child is ever hurting like mine was.”

To sign the petition, volunteer, or donate, visit UnitedForCare.org. To connect with other parents and to read more about the benefits of medical marijuana, visit Cannamoms.com.