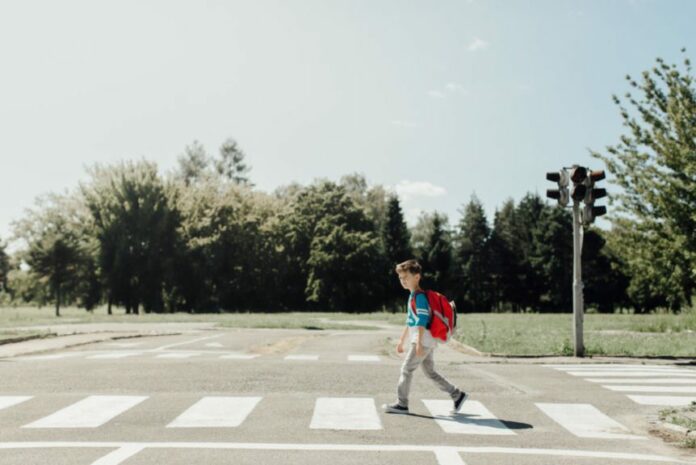 Author Lenore Skenazy was dubbed “the world’s worst mom” when her book, “Free-Range Kids,” made the case for raising independent children who are given the freedom to do things like walk to the bus stop alone at a young age. Twelve years later, her mantra is a movement, bolstered by case studies, statistics and legions of supporters. And Skenazy remains as passionate as ever—launching a school initiative and releasing an updated, second edition of her book in hopes of convincing still-hesitant parents and educators to “let go and let grow.”

What is a free-range kid?

It’s a kid who is given some lessons in how to make their way in the world and allowed to prove themselves ready to do that.

Why do you think so many of us parents have a hard time raising kids that way these days?

It is being alive in America in a culture that has become obsessed with seeing almost the downside of everything, but in particular, any far-fetched danger that they can conjure up in almost any situation, especially when it comes to kids. You’re almost considered abnormal if you don’t go to the very darkest place first. I call it ‘worst first thinking;’ coming up with the worst-case scenario first and then proceeding as if it’s likely to happen. And that is a cultural tick that, if you read any book or any movie from 100 years ago, you would not see that happen. It’s recent and it feels normal, but it’s not normal.

I think we do it because we feel we’ve evolved. We think we’re protecting our kids more now.

We are protecting our children more now, but we’re protecting them from events that were extremely unlikely to happen. If you drive your kid to the bus stop every day, you can say, ‘see, my child was never kidnapped’. And you might think it’s because you drove your child to the bus stop every day and waited with the kid in the car in the air conditioning, on their iPad, not talking to the other children, not dealing with a gnat or a dog or a bee and they’ve been safe. And there’s no way for me to say, ”Yeah, but 99.999 percent chance they would’ve been safe if they had walked there.” And they might have met a neighbor who goes a little earlier; they might have developed a real fondness for the local squirrel and started feeding him nuts; they might have become interested in trees.

Each title of your book is sort of an instruction for parents, a how-to. Chapter one is “Know when to worry”. How do you do that?

One of the things that helps is if you actually list the things. Ok, if you’re terrified that your 10-year-old is at an ice cream parlor with another 10-year-old in a safe place, in a safe neighborhood, with all these other people around, tell me what you’re worried about. Are you worried that she will eat the wrong food and therefore get fat? Are you worried that she’s going to go to the bathroom and going to get raped? Are you worried that she’s going to suddenly decide to run out into the street and get run over by a truck? Are you worried that someone is going to make an inappropriate remark and she’s going to be so shocked and traumatized that she’ll never emotionally recover? Once you start writing these things down, I hope they seem vanishingly rare, to the point of almost silly to worry about. And if you have been a free-range parent, teaching your kid: If somebody bothers you, ignore them. If something bad happens to you, run, kick and scream. Or if you’re going out to the street, look both ways. If you’ve given them just the basics of how to be in the world versus just how to be in your house and your car, then they’re going to be ok.

But that requires all of us parents, as you say in chapter 10, to “get braver.”

To ger braver requires two things. It requires a little bit of skepticism about all the fear that has been shoved down our throats, but more than that, it requires action—letting  your kid walk to the bus stop or eat at the Friendly’s or climb a tree, and it is only by actually seeing your kid do that successfully or unsuccessfully and still be ok… once you see your kid do that independently, it is so thrilling. It’s mind- blowing. It’s fireworks.

So that’s what it does for the parent, but what does it do for the kid?

[Comparing kids to birds leaving the nest to fly on their own for the first time]:

They have to go to the edge and jump, and they do it. They’re in the air and they have a split second and their wings go up and they flap, flap, flap. That’s a thrilling moment for a bird to realize, “I’m not goings be stuck in this nest all the time with mom feeding me chewed-up worms. The world is mine!”

*Originally published in our September 2021 Issue

Thanksgiving Family Fun in Tampa Bay | Things to Do, Camps and More!