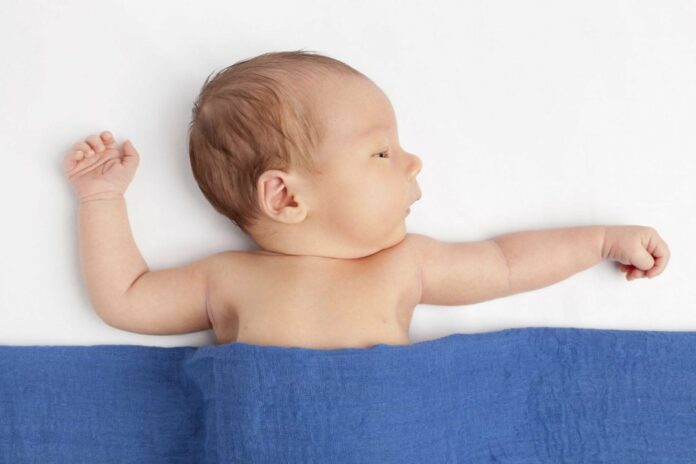 Hearing a health provider say “It’s a boy!” during an ultrasound can be one of the most exciting moments that expecting parents experience as they embark on their pregnancy journey, eagerly anticipating the birth of a healthy child. It’s a journey that will be filled with many exhilarating milestones, but for many expectant parents, it may include having to consider the child’s risk of having a genetic disease that affects primarily males, such as Duchenne muscular dystrophy (DMD).

Although DMD is considered the most common fatal inherited disorder that is diagnosed in childhood, many parents know little or nothing about this disease.[i] A progressive form of muscular dystrophy, Duchenne occurs primarily in boys and is caused by an alteration (mutation) in the DMD gene. DMD is an X-linked condition; this is why males are predominately affected. While many women are asymptomatic carriers, some also have some health effects. DMD frequently occurs in people whose families have no known family history of the disease.[ii] Although symptoms may start earlier, the average age at the time of diagnosis is four to six years of age, when families may already have, or are planning, more children. For this reason, parents are often unaware that they may be at high risk of having another child who could inherit this genetic disorder.

Genetic disorders such as DMD are not as rare as you might think. According to the Centers for Disease Control and Prevention (CDC), birth defects caused primarily by genetic disorders affect one in every 33, or about three percent of, births in the U.S. (three percent) each year and are the leading cause of infant death. In fact, DMD has a similar incidence rate as cystic fibrosis (CF) in males and is actually more common than CF in certain ethnic groups; however, unlike cystic fibrosis, DMD is not a widely screened-for condition, which leaves many families unaware that they might be at-risk for passing this gene down to their children.

Fortunately, expectant parents can now easily find out if they are carriers of any of hundreds of genetic disorders—including DMD—through a simple blood test. Even before a couple becomes pregnant, new screening tests, including Natera’s Horizon Carrier Screening, can help determine if one or both parents carry a changed gene for up to 274 genetic conditions, with results generally provided within 14 days. The Horizon test is also the only genetic-carrier-screening test available that detects more than 90% of inherited DMD gene mutations.

“Like most women, I had no idea I was a carrier for Duchenne until my sons were diagnosed on the same day at ages four and six,” said Pat Furlong, a founding president and CEO of Parent Project Muscular Dystrophy, a non-profit organization dedicated to ending Duchenne. “It’s encouraging to know that moms who are considering a pregnancy can now take a simple test to learn about their risks for Duchenne and other genetic diseases.”

Here are some important facts about DMD.

How common is DMD?

Each year, between 400 and 600 boys in the United States are born with DMD or Becker muscular dystrophy (BMD), a related genetic disorder.[iii] This means DMD occurs in about 1 in every 3,500 male births, which is about the same incidence as cystic fibrosis in males.

What happens when the DMD gene is altered?

The DMD gene codes for a protein called dystrophin, which is crucial for muscles to work properly. Without dystrophin, muscle fibers degenerate and are gradually replaced by fat and connective tissue until voluntary movement becomes impossible.[iv]

Both DMD and BMD are associated with a heart condition called cardiomyopathy, in which cardiac muscle is weakened by a lack of dystrophin, preventing the heart from pumping blood efficiently. Heart failure due to Duchenne cardiomyopathy typically begins in adolescence, progressively worsens, and results in death (usually before age 30).

What are the symptoms of DMD?

The most common symptoms are delayed motor skills, such as not sitting, standing, or walking, as well as speech delay. Muscle weakness tends to appear in early childhood and worsens progressively, usually resulting in wheelchair dependence by adolescence.[v]

Is it true that only mothers can pass on the mutated DMD gene?

Yes. This is because DMD is an X-linked condition, and a characteristic of X-linked inheritance is that fathers cannot pass X-linked traits to their sons. Approximately two-thirds of males with DMD have inherited the disease from their mothers; the other one-third developed mutations in the womb that were not inherited. [vi]

If a woman is a DMD carrier, what is the likelihood of her children being affected?

Do female carriers have symptoms?

Although many carriers are asymptomatic and the majority do not experience the same disease severity as boys with DMD, some may experience symptoms such as some degree of muscle weakness or cardiomyopathy. If a woman tests positive for DMD or BMD, she should be referred to a cardiologist and will need to be carefully monitored during a pregnancy and throughout the rest of her life.[vii]

Why should I be tested for DMD and BMD?

Genetic-carrier screening gives women and their partners valuable information to help them make the reproductive choices that are right for them and their families. Genetic screening can also help ensure earlier intervention at birth, which can improve the overall quality of life of a child with DMD. The American College of Medical Genetics and Genomics (ACMG) has noted that “carrier screening for inherited genetic disorders is an important part of preconception and prenatal care for the nearly 4 million women who give birth in the U.S. annually.”

What are my options if I am a carrier?

If you are at risk of passing on DMD or any genetic disease, you could consider:

For more information on pre-pregnancy and prenatal genetic tests, please go to horizonscreen.com/duchenne.

Dr. Hechtman is an OB/GYN and the medical director of Tampa Obstetrics, the leading women’s medical center in Tampa, Florida.