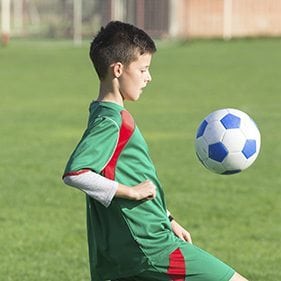 They’re called student-athletes, but many youth advocates—including psychiatrist Gary Malone—are concerned that the emphasis is on “athlete.”

“Anyone who follows sports knows that college-level and professional recruiters are looking at recruits – children – at increasingly younger ages, and it’s not because they want to ensure these athletic students get a well-rounded education,” says Malone, a distinguished fellow in the American Psychiatric Association, and coauthor of “What’s Wrong with My Family?”

“In my home state, Texas, a new high school football stadium is opening that cost $60 million dollars and seats 18,000,” says Malone, associate Clinical Professor of Psychiatry at the University of Texas Southwestern and a teaching analyst at the Dallas Psychoanalytic Institute. “That’s all funded at public expense. We constantly read of districts across the country cutting academic and arts programs and teachers’ salaries due to budget shortfalls. How can this make sense?”

As a high-performing student-athlete throughout his own high school and college years, Malone says he appreciates the benefits of extracurricular programs. However, he is concerned with how the imbalance favoring athletic pursuits can damage student-athletes and the family unit.

“The NCAA’s own 2011 survey found that, by a wide margin, men’s basketball and football players are much more concerned about their performance on the field than in the classroom,” he says.

Here’s how stressing the athlete over the student hurts the child:

• Life beyond sports: Only 3 percent of high school athletes will go on to compete in college; less than 1 percent of college athletes turn pro, where the average career is three years with risk of permanent injury, including brain damage, for football players. Even if they’re among the successful elite, wealth management is likely to be a major problem. Some studies show that up to 78 percent of NFL players go broke after three years of retirement. For the vast number who don’t get scholarships or go pro, this intense focus on high-school sports leaves their studies behind. How are we preparing these kids for their futures? College will now be a challenge, if indeed, even doable. And psychologically, the wounds of failure will follow them as well.

• Misplaced parental priorities: A parent’s obsession with a child’s success in sports can be extremely damaging to a child, to the extent of bordering on abuse. Parents who look to their children to provide them with validation, status or other unfulfilled needs don’t have their child’s best interests at heart. Parents who tend to be domineering can be especially dangerous in the face of an athletic success obsession. The parents’ main job is to prepare their children to leave the nest, to be autonomous and succeed out in the big water of life—not to fulfill the parents’ dreams. Parenting is tricky and difficult, and with one or both parents’ unfulfilled dreams hefted onto the back of a child, (athletically gifted or not) that child is set up for a big fall.

• Siblings left behind: When the family values one child’s athletic prowess over the talents and gifts displayed by his or her siblings, the latter children risk growing up without a sense of personal identity, which leads to co-dependency problems in adulthood. Sibling rivalry is a real malaise. Parents should ensure that every child is attended to equally in the manner he or she needs it. When some kids get pushed aside for the needs of one, other kids have displayed substance abuse, falling grades, running with the wrong crowd, and similar issues. These are very real problems, and often the parents are so focused on the athlete that they aren’t even aware of the other children’s problems until something terrible occurs.

• Pressured to play: Especially in the South, but throughout the entire United States, football is huge. Basketball dominates inner cities and regions like Indiana. Wrestling is big in the Midwest and parts of the Northeast, and hockey might be the focus for children throughout Northeast and upper Midwest. Children, especially boys, may feel obliged or pressured to play a particular sport even if they have no talent or interest in it to the detriment of other talents that might have been developed. Football may be seen as “cool” while playing the trumpet or winning the science fair is discounted. Often, athletes are given what amounts to a pass in classes, even to the point of grades being changed to show that they did the work when they did not. So the pressure is coming from not only peers, not only parents, but teachers as well.

“Athletics can be extremely beneficial to a young person’s life. It was huge in my own, and helped me to develop the discipline that I used to succeed in academics, from high school through medical school,” says Malone. “This is the true point of athletics. It also fosters a sense of camaraderie and teamwork (when the coaches and parents involved have their priorities straight). We always work better together, whether in team sports or effective corporate relationships. But we have our priorities backwards. Imagine how much better off our country might be if, instead of football, we were obsessed with our children’s performance in science and math.”

Award-winning writer and editor Susan Mary Malone is the author of the novel, “By the Book,” and three nonfiction books, including “Five Keys for Understanding Men: A Women’s Guide.”