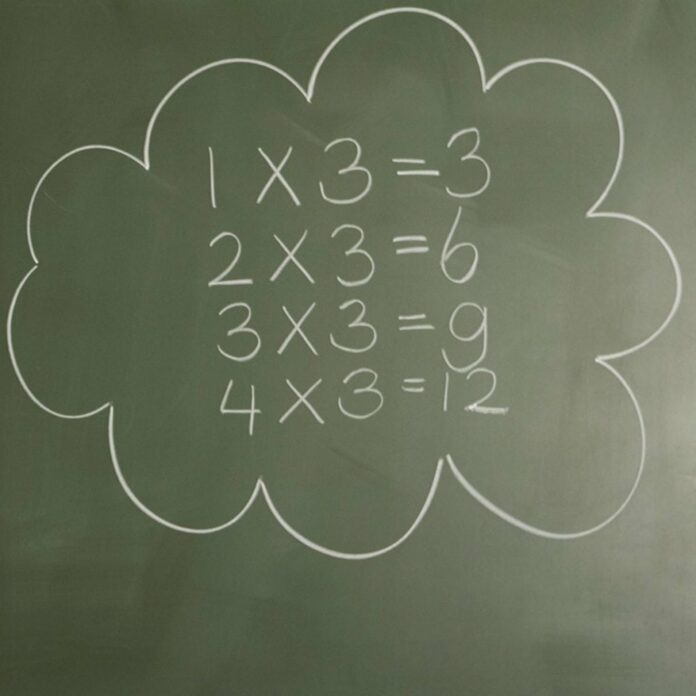 We often see in the media how American children aren’t keeping up with the rest of the world in mathematics achievement. The most recent Nation’s Report Card, the annual study of national progress in education, indicates that only about four in 10 U.S. fourth graders and a third of eighth graders are proficient in math. On international mathematics assessments, our 15 year olds rank 25 out of 34 countries.

We can’t just blame our kids for not doing well. The fault, as Shakespeare said, lies not in our stars but in ourselves. Consider how many adults in this country are afraid of math. National surveys from the group Change the Equation indicate that nearly a third of Americans would rather clean the bathroom than solve a math problem. More than a third say they can’t do math. A fifth can’t handle the household budget, figure out store discounts, or calculate the tip at a restaurant. Other surveys have shown that about a third of all parents feel they can’t help their children with their math homework.

Math phobia, brain scans show, registers in the fear center of the brain. It’s the same kind of fear we have when we see snakes and crawling insects. It begins early and can be passed from parents and teachers to children.

At home, children are encouraged to focus on gaining early reading skills before they enter school, but parents typically don’t reinforce numeracy skills. ABC books for young children are bestsellers, but few books that teach kids their numbers rise to the top of the charts.

When children enter school, they are often turned off by math. They are taught to memorize formulas and facts not to experience math through discovery or find any relevant or meaningful connections to math in everyday life.

Most teachers have minimal training in mathematics and about 40 percent say they are math-phobic. Consequently, kids don’t have a lot of exposure to math in school. Forty-seven percent of fourth-grade educators say they spend 10 hours more per week on language arts than on math instruction. No educators report spending equal time on mathematics as other subjects and only 29 percent report spending seven hours or more per week on math.

Yet math is so crucial to our lives and mastering mathematic concepts and principles plays an important role in success in school and future earnings. Seventy-five percent of new jobs require significant levels of math and science skills most students don’t have, and these fields are among the most lucrative careers. How can we help our children learn to love math?

We all know that learning begins in the home, but too often parents still feel the same math anxiety they had when they were kids. Research on the nation’s top-performing math and science students shows the profound role parents and families play in nurturing their interests and encouraging their success.

So what can parents — even math-phobic parents — do to help their kids learn to love math?

Kids love to play, and mathematical concepts can be naturally folded into their activities with many of their favorite toys, making learning math painless and invisible. Counting dice and moving pieces so many spaces in board games; sports that involve scoring, speed, and distance; and even picture books featuring number concepts as simple as counting demonstrate that math can be fun.

There are many tools that can turn kids on to math but are little-known and underused.

If we can instill basic numeracy skills before children go to school, they will be more likely to embrace mathematics as familiar territory—and maybe even overcome the dry worksheets and rote learning that often plagues math class. This positive start makes an especially big difference because math learning is cumulative: early understanding of numbers has been shown to be powerful predictors for later learning. Then when children encounter math in school, they’ll embrace it with enthusiasm instead of dread.

Math surrounds our children and if we open their eyes — and our own — we can raise them to love numbers and become competent adults who embrace math rather than fear it.

Laura Overdeck is the founder of Bedtime Math, a nonprofit advocating for discovering math in everyday life and incorporating math as part of a child’s daily routine. She has a degree in astrophysics from Princeton and an MBA from the Wharton School at the University of Pennsylvania.