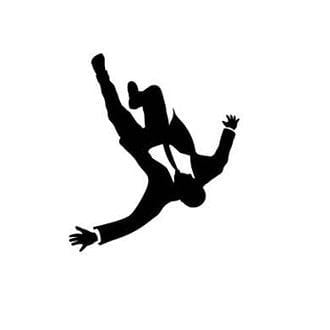 “I feel for you,” said the elderly employee at Kinko’s as he held the door for me so I could manage carrying my son, a diaper bag and my briefcase. “My wife passed away shortly after our baby was born and I had to raise him on my own.”

Huh, I thought, unsure of why he was confiding such a personal fact to me.

“When did your wife pass?” he asked.

“My wife is not dead,” I replied, even more confused.

“Oh,” he said. Well, I still know how tough it is to be a single father. Seems to happen more now — women leaving the men and not taking the kids.”

I had not yet caught on to why we were having the conversation, so I replied, “Single? No. We’re still together.”

He opened his mouth to reply but nothing came out. It was his turn to be confused — very confused.

But while he said nothing, his eyes told me everything. He was staring at my briefcase.

I have visited that Kinko’s at least once, sometimes twice, a week for the past few years. The elderly employee almost always seems to be there during my visits so he knows I have a job. That is why he was so confused. Every time he has seen me since my youngest son was born, I have had him in tow. If I have a wife and a job, why am I always with my son, he obviously wondered?  Why? Because Norman Rockwell is dead.

That stereotypical family of a father who works 9 to 5 while the mother stays home and raises the kids is as outdated as phone booths, cassette tapes and dinners out without two tons of electronics in tow. In some families both parents work while a grandparent raises the children. Other families hire a nanny to rear their kids. And in families like mine, the mother brings home the bacon and the father cooks it. OK, my wife cooks it too, but I do stay home with the youngest.

My wife owns The Buzz Coffeehouse on Harbour Island. I am a freelance writer. So when our youngest was born, the decision of who would stay home was easy.  To be honest, it was hard on my ego early on. And apparently, I am not alone.

“I get a lot of looks, especially throughout day when grocery shopping and running other errands,” says Jeremy Garret, a stay-at-home father of three. Garret’s situation is similar to mine. He is pastor of Peninsular Christian Church and a night waiter at The Colonnade Restaurant while his wife is a magnet school teacher. Their schedule dictated that he should stay at home. “People seem to think there is something wrong with my family. The wife is supposed to be home and the husband at work they think. And, yeah, it bothered me at first.”

My wife has had to constantly defend me. When men would see her at work and learn I was home, they would ask her, “Why are you with him?” as though I am not worthy.

Some try to demean me to my face. Many of the people I see on a regular basis call me mom. Some say it jokingly, but some hope to get a rise out of me, using the name to insinuate I am less of a man.

While I embraced the role from the start and considered myself lucky to be able watch my baby boy grow up,  teaching him to crawl and talk; while I got goose bumps when my crying baby buried his head in my chest for comfort; and while I laughed at the fact that I was the one to lecture others on how to hold him, how hot to make his bottle or how to properly burp him, when people first started calling me mom, jokingly or not, I sometimes found it demeaning. Whenever people realized that I was the stay-at-home-dad, I felt the need to somehow slip into the conversation that I had a job and that I worked from home. I felt that people must have thought that I was unemployed and that emasculated me in a way. I was actually embarrassed to leave the house, only doing so to run errands that told people I had a job (trips to the bank to cash paychecks or Kinko’s to copy work-related documents).

“I understand that,” says Garret when I explained my past issues with being a stay-at-home dad. “Besides staying at home fitting our schedule better, my wife makes more than me. So, yeah, at first I felt like a bit of a failure. But then I realized there is nothing wrong with me and I got over it all.”

So did I. one day I woke up and said, “This is ridiculous. Why I am so afraid of who I am? Why am I embarrassed to raise my son?”

“I went through the same thing,” says Drew Emmert, who besides being a stay-at-home working father is also a single father. People should have been patting him on the back for raising a child on his own; instead, some tried to make him feel like he was less of a man. “Then I realized who the people were who were judging me – strangers and ignorant people. They didn’t know I was single and, even if I wasn’t a single dad, who cares? I realized I am luckier than most fathers. I get to see my son grow up.”

“I am the luckiest man in the world,” Garret says. “This has been the best time of my life. I love being a stay-at-home dad.”

Norman Rockwell is dead. Families have to do what works best for them not society’s stereotypes. In our family, mom and dad are names not roles. Our household just has two parents who love the kids. That is the new American family.

To learn more about what Paul Guzzo does not know about parenting, visit him at https://www.facebook.com/TheOverNightFamilyMan.