May Guest Editor Jennifer Stancil: How Motherhood Defined My Career and Life 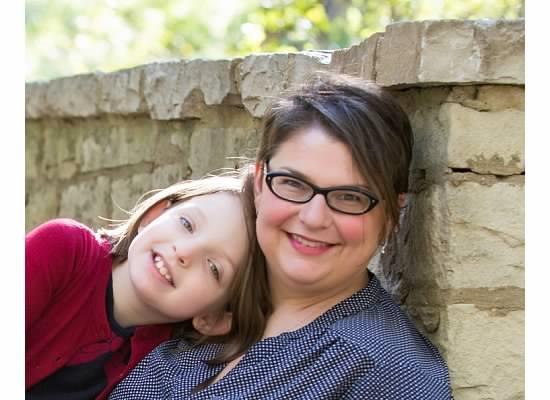 It’s possible to say that mothers and motherhood have been a defining—potentially one of the most defining–themes of my life.

My grandparents took care of me before I ever went to kindergarten. Even though my grandmother couldn’t drive, everyone knew she was in the driver’s seat. My mom struggled through corporate America in male-dominated fields while being a single parent to two girls. As for me, at a pivotal time in my life, I had a choice between a Ph.D. and a life in academia as a scientist and mathematician, or an innovative path through museum education, a creative endeavor that has impacted millions so far. So at 26, I said I didn’t want to live by the “publish or perish” mantra. I wanted to be a mom and have a career and not put that off until later in life.

I opened my first museum in downtown Birmingham, and again in downtown Raleigh before the age of 30. I created a juggernaut award-winning website for girls and science that I launched from maternity leave, and beat out 6,000 international competitors for a MacArthur Digital Media Award for the “spy school” for girls I wrote while in Pittsburgh. I even testified at the UN in Brussels specifically about how women in the U.S. were finding success as scientists and mothers. All before I was 40. I won an Emmy ® and became CEO of the Glazer Children’s Museum in the same week, days before I turned 45. These were all important moments, but none rivaled the birth of my own daughter, Avery Grace, when I was 37.

Motherhood for me is a full contact sport. Minds-on, hands-on. I’m at conferences, scheduling summer camps, finding resources, and eking out every moment as a learning opportunity. I’m in charge. Just like my Mom. Just like my Grandmother.

I’m totally in charge…until I’m not.

A month before her intended arrival, both she and I were in life-threatening peril. After 34 hours of labor, an emergency C-section saved both our lives. I have an image of her, intubated and fragile, embedded in my mind, and I keep it there for an important reminder.

That night, December 2nd, I was not in charge. I simply prayed that my daughter would make it through the night though I couldn’t hold her, cuddle, cradle or console her. My husband assured me, strong as a rock. The doctors and nurses assured me. But I wasn’t in charge.

Avery not only survived, she’s thriving. And she’s taught me how to be a better mother by trusting that she’s strong enough on her own, even when I have to step back. Someday, Avery will struggle and figure out how to have her own career, how to find her best life partner and her best self. And whenever it happens, she’ll be a mom too, refining and defining how motherhood inevitably will impact her life.

Have a wonderful Mother’s Day,

We hope everyone is having a great new school year! With the weeks being filled back up with schoolwork, we know that the weekends...
Read more
Elementary School Years

Tampa Bay's pro sports teams gave us the glimmer of hope we needed in 2020 and 2021 and they're back at it again this...
Read more
Health & Wellness