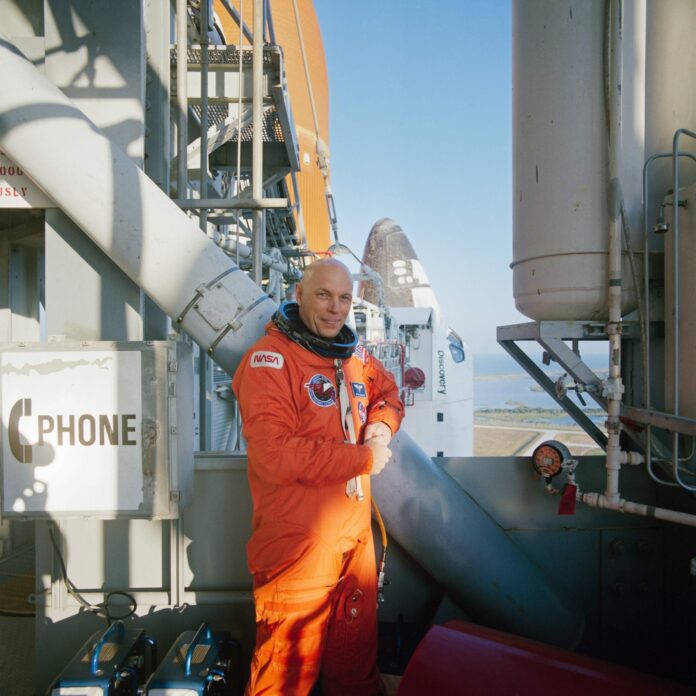 Get up close with Story Musgrave, who repaired the Hubble Space Telescope and became the only astronaut to fly on all five space shuttles, during An Afternoon with an Astronaut at the Museum of Science & Industry on October 8, 2016.

Musgrave will answer questions and share tales from his 53 days in space – including 27 hours working outside the space shuttle on spacewalks – before special showings of the award-winning film Hubble on the five-story screen of MOSI’s Florida Hospital IMAX® DOME Theatre.

During An Afternoon with An Astronaut on Oct. 8, guests will have two opportunities to hear Musgrave, at 12 pm or 3 pm. Musgrave will give a talk about saving the Hubble Space Telescope and take questions from the audience, followed by a showing of the IMAX® film Hubble. Tickets for this two-hour event are $15, or $10 for MOSI members.

An Add-On Astronaut Experience option is also available. Enjoy light snacks and drinks in an intimate meet-and-greet, where you can talk one-on-one and take home a keepsake photo with Story Musgrave for the ultimate astronaut experience! Add this meet-and-greet experience to your Afternoon with an Astronaut ticket for $15.

“There’s always something new and exciting happening at MOSI, and we’ll be celebrating World Space Week with one of the most celebrated astronauts in American history,” said MOSI President & CEO Molly Demeulenaere. “When Story Musgrave tells a tale, it’s so captivating because he has seen and done more than most of us can imagine. And he loves answering people’s questions about living and working in space.”

Seating for An Afternoon with an Astronaut is limited; tickets are available now at mosi.org. World Space Week is a global celebration of space exploration, commemorated each year from October 4 – 10.

Story Musgrave is the only astronaut to have flown on all five space shuttles and, with six different college degrees, he is the most formally educated astronaut in American history.

Known especially for his work repairing and saving the Hubble Space Telescope, Musgrave has logged more than 53 days in space and has spent a total of more than 27 hours outside the space shuttle on spacewalks.

Beyond his out-of-this-world work as an astronaut, Musgrave has served as a U.S. Marine; worked as a professional mathematician; and become an accomplished pilot, flight instructor, and expert parachutist who used freefalls to study the workings of the human body.

As a medical doctor and surgeon, Musgrave has written or co-authored 25 scientific papers on aerospace medicine, surgery techniques, and other topics.

Many of the vital tools used by astronauts in orbit over the past 35 years were developed with guidance from Musgrave, including spacesuits, airlocks, and other key equipment. Musgrave performed the first spacewalk in the history of the space shuttle program to test the devices he had helped design.

Musgrave came from an abusive family that was devastated by alcoholism, and Musgrave left high school without his diploma. But during his time in the Marine Corps, Musgrave earned his GED, and he went on after his military career to earn two bachelor’s degrees, three master’s degrees, and become a medical doctor.

Speaking about his work to repair the Hubble Space Telescope, one of the greatest tools in the history of science, Musgrave said, “When you’re looking that far out, you’re giving people their place in the universe, it touches people. Science is often visual, so it doesn’t need translation. It’s like poetry, it touches you.”

Download images and video of Story Musgrave for media use (Source: NASA):http://bit.ly/2bwprci

Reserve your ticket for An Afternoon with an Astronaut: http://bit.ly/2bCTmuc