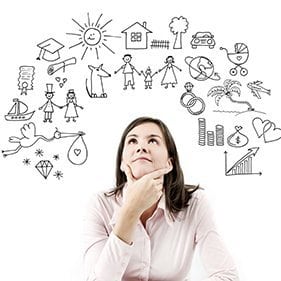 Raising children can give a woman “mommy brain,” but that doesn’t have to be a bad thing. Research at Longwood University in Virginia is showing what most mothers probably already know: Moms may be smarter than non-moms.

New mothers tend to be naturally protective of their fragile children and feel a deep desire to provide food for them. But understanding more subtle changes—moms’ abilities to plan better, solve problems more efficiently and better cope with stress and anxiety—takes brain scientists.

Dr. Adam Franssen, a neurobiologist at Longwood University in Virginia, is working with other scientists at the University of Richmond and Randolph-Macon College to tease out what happens inside mothers’ brains to give them all these superpowers.

“The old stereotype is that mothers lose brainpower when they have children,” Franssen says. “That’s just not true. You may still have to watch cartoons instead of something intellectually stimulating, but your brain has been enhanced in other fundamental ways.”

Some changes in new mothers are apparent. “It is almost unsurprising that pregnancy and childbirth lead to dramatic behavioral and neurologic changes in mothers,” Franssen says. “Women are converted from carefree individuals to loving mothers with threat-sensitivity levels that put Homeland Security to shame.”

Franssen and his students are probing for neurological evidence of prospective memory—the ability to plan or do a task in the future. Behavioral studies have shown that mother rats are much better at using this form of future thinking than males. The question is, what goes on in the brain to give females the advantage?

“Prospective memory is a key feature in raising and caring for the young,” Franssen says. “It allows a mother to anticipate future conditions and plan accordingly. All mothers do this, whether it’s packing a sweater for her son because she knows it’s going to be cold outside or going to the store to buy groceries for dinner the next night so her kids will be fed. Of course, fathers engage in these activities, too, but mothers’ brains have enhanced capabilities.”

In Franssen’s recent study, rodent mothers who knew there would be little food and water later would gather and store extra for their pups to ensure they would be well tended. The rat mothers would also risk danger—something human parents also do—to provide for their young. Franssen says this is evidence they understand and are planning for future situations.

Previously, prospective memory was thought to be a trait exhibited only by humans and other advanced primates. In rodents, pregnancy seems to unlock the ability to anticipate future events and conditions that give mothers the edge they need to protect their children from harm.

“This study is unique in that it shows rats – previously thought to be incapable of prospective memory – actually exhibiting the ability after pregnancy,” Franssen says. “That’s significant evidence that this trait may be hidden inside many more species, and that pregnancy is an event that unlocks it.”

The specific neurologic changes that happen during pregnancy are under investigation. “It could be that certain hormones are released when a female becomes pregnant that effectively rewire the brain to give it certain advantages it needs to care for its young, or it could be that certain switches get turned on during childbirth, unlocking these dormant traits and behaviors,” he says.

Researchers are probing brain tissue for neuron activity that will tell them how the rodents use prospective memory skills.

A key to finding those neurologic changes might be in adoptive parents. Numerous studies have shown that women who adopt children take on many of the behaviors that women who have just given birth do as a natural part of caring for the child.

“We see many of the same ‘mommy’ behaviors showing up in females who have not given birth,” Franssen says. “It could be the smells, the sounds, and/or the hormones that are given off by the pups themselves that drives neurological changes. That’s what’s fascinating about this research: There are a thousand roads to go down, including discovering if ‘adoptive’ rats also demonstrate prospective memory.”

Although the quest for neurological evidence continues, the result may already be obvious to many kids for whom mom is already a superhero.