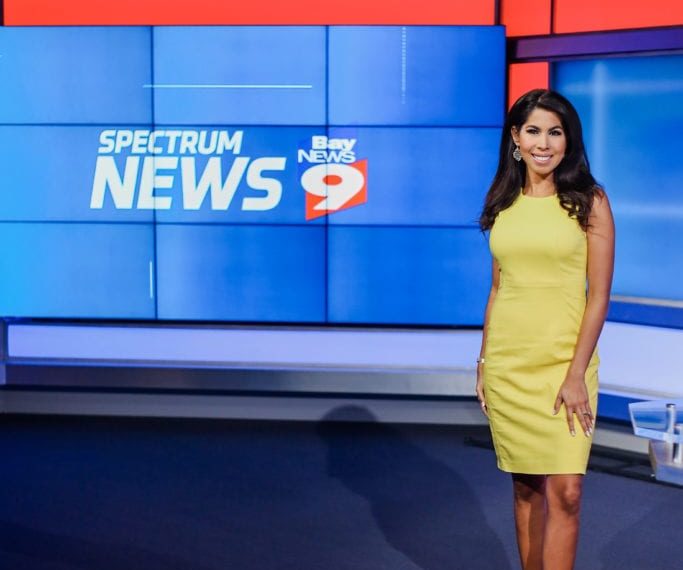 In motherhood, most of us would admit to missing details, never getting the full story or even being totally unaware of what day of the week it is.

But for this mom who appears in front of an extensive Tampa Bay audience with the latest happenings and best parenting practices, being in the know  is all part of a day’s work!

From breaking news and traffic reports to connecting with local leaders that influence education, recreation and community involvement for our children, this media mama shows up for every one of us over multiple counties just as much as she does for her own family.

While she is one of the most approachable, most generous and authentic women you’ll meet, her professional role at a local news outlet is sophisticated and captivating. Behind a recognizable name like Bay News 9, her stories are front-page worthy as an inspiring mother to KNOW!

Veronica Cintron spends her mornings chasing after her little girl and in the evenings, she delivers the weekday news on Spectrum News Bay News 9.

A proud University of South Florida alumnus, she cultivated her love for journalism as a young girl growing up in Puerto Rico.

From a very young age, Cintron’s mother and grandmother instilled in her the importance of being informed and the power that lies in knowledge. Since 2010, she has served as the evening anchor on Bay News 9 where viewers have gotten to know her as a friend who brings warmth and authenticity to the nightly news.

Cintron has won numerous awards during her career, including the Suncoast Regional Emmy for Best Anchor.

Julie Tingleyhttps://weemacree.com/
Julie Tingley introduced the KNOW Women community to Tampa Bay, and founded Wee Macree, a purpose-driven brand for kids. She is a 10-year Tampa transplant who has found her way through many professional and parenting transitions by maintaining focus on her vision of a better future for, and daily inspiration, her daughters Ella and Kate.