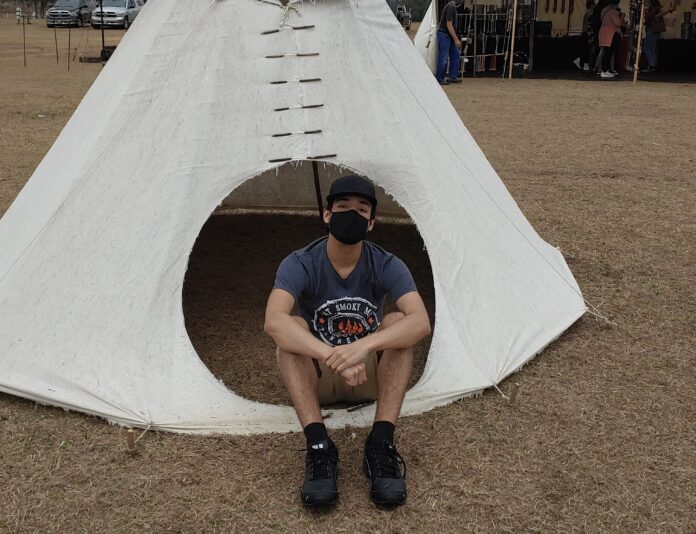 On February 6, 2021, my family and I went to the Brooksville Native American Festival. At the festival, we saw several Native American, South American, and Polynesian tribes. There was traditional dancing, music, handmade art, jewelry, primitive demonstrators, and most of all, Native food.

This Native American Festival is a family-friendly activity to enjoy. While attending, wearing masks was enforced and hand sanitizers were placed all over the park. Everyone practiced social distancing and even though there were large crowds, they were spread out. As someone with Autism Spectrum Disorder (ASD), I found the music and dancing were not overly loud. I would recommend bringing headphones if someone has sensitive ears. All events were organized and structured making for easy transitions.

My favorite part of this entire festival was when the Native American shot the musket. He demonstrated how it was held and the sound it emits. The musket is a rifle with a barrel that is really long, it has a wooden stock and uses actual gun powder! It was very impressive. An interesting fact that I learned is that there are many kinds of Tipis depending on the tribe that made them. For example, a tipi made by the Sioux and Cheyenne would have 3 poles, and tipis made by the Black foot and the Crow sometimes have more. The Native American Dwellings were not only tipis but included yurts and geodesic domes depending on the tribe. The word tipi originates from the Lakota language and the word “this” is often translated to mean “they dwell.” Today, you may see it spelled as tipi, tepee, or teepee, but each is referring to the same type of structure.

If you are interested in events such as this in Florida, there are many Pow Wows around the state. They can be found by visiting this website: www.calendar.powwows.com/events/categories/pow-wow-in-florida

ABOUT THE AUTHOR: My name is Axell M. Rodriguez, I was born in Bayamon, Puerto Rico. I currently live in Land O’ Lakes, Florida with my family, including my two siblings, for the last 15 years. I have a disability called Autism Spectrum Disorder (ASD). I am a student at the Learning Academy Program at the University of South Florida, where they teach and train students on ways to obtain a job/career. After I graduate, I would like to become a writer.  I like video games, wrestling, basketball, anime, and fanfiction, which are the reasons why I became interested in writing in the first place.