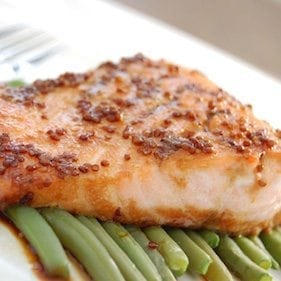 New seafood consumption guidelines announced today by the federal Food and Drug Administration could put at risk the health of young children and pregnant and nursing women, according to Environmental Working Group senior analyst Sonya Lunder.

FDA recommended today that pregnant women and children eat two to three servings of fish and shellfish per week to obtain the beneficial fats and nutrients found primarily in seafood.  For adults this would amount to 8 to 12 ounces of seafood each week.

This recommendation is a departure from the agency’s previous guidelines, issued in 2004, which said that pregnant women should eat a maximum of 12 ounces of fish each week but did not recommend that women seek out seafood.

But EWG research has determined that neither the old FDA guidelines nor those issued today are adequate to ensure American women receive the benefits of omega-3 fatty acids in seafood and avoid ingesting too much mercury or other contaminants.

EWG has concluded people who eat 8 to 12 ounces of the most popular varieties of seafood would not get enough beneficial omega-3 fatty acids. In some cases, people striving to boost their omega-3 intake could consume dangerous amounts of mercury, a potent neurotoxin.

Last January, an EWG report that analyzed fish contaminant and nutrient data concluded that 10 of 35 seafood varieties sold commercially in the U.S. would face an unacceptable mercury risk to a pregnant woman of average weight if she ate eight ounces weekly, as the FDA now recommends.  Since safe mercury levels are based on body weight, lighter women are at even greater risk from mercury in seafood.

Today’s announcement is the culmination of the FDA’s multi-year effort to improve its consumer advice about seafood safety. Yet FDA’s guidance is remarkably similar to its 2004 advisory. The only notable difference is a recommendation that pregnant women and children eat more fish and shellfish. These foods are the primary source of healthy omega-3 fatty acids, shown to boost infant brain development. But consumers are not likely to benefit as much as they could, because the agency’s guidance issued today does not inform people of the healthiest species of seafood.  An EWG analysis has found that eight of the 10 most popular types of seafood, including the lower mercury species FDA recommends — shrimp, tilapia, and catfish — have very low concentrations of healthy omega-3 fats.

EWG’s January report listed several species that offer the greatest health benefit and lowest mercury risk. Some of the best seafood choices are salmon, sardines, farmed trout, anchovies, shad, herring and mussels. All of these can provide ample omega-3s while posing little mercury risk when eaten once or twice weekly.

The FDA’s new guidance on seafood brings the agency into agreement with the federal Dietary Guidelines for Americans, released in January 2011. This document, drafted by an interagency panel, set the scientific and policy basis for all government nutrition programs. They contended that the benefits of eating fish outweighed the risks of mercury toxicity, even during pregnancy.  However, several recent studies of American families found that children born to women with slightly elevated mercury levels suffered measurable brain and nervous system deficits, or were more likely to be diagnosed with attention deficit-hyperactivity disorder.