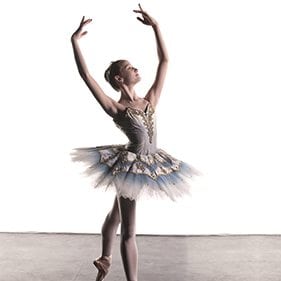 One of the best things you can do for your children is to provide avenues for them to pursue their passions. By choosing a specialty camp or extracurricular activity that your child enjoys, the end result often is valuable knowledge and an unforgettable experience that may lead to a lifelong career.

Susie Stanford and her family relocated to Tampa for her daughter Hannah to train at the Patel Conservatory. “It has been wonderful. It has kept her busy after school and has taught her the love of the arts,” Stanford gushes. “She has learned to love music and appreciate so many other aspects that go with the dancing.”

Hannah started dancing when she could walk so we knew that she loved it very early,” Stanford says.

Dana Pena’s children love animals so Zoo School at Tampa’s Lowry Park Zoo was an obvious camp choice. “The whole education program there is so amazing,” Pena says. “You get to be close and watch them do training with elephants, paint the tortoises or train the rats to run through a maze.

Pena exposed her kids to the zoo at an early age. “When they were little I would take them in their strollers, and we would walk to see the animals and play in the fountains,” she says. “Once they entered the camp side, it was like a whole new world opened up. “They had animals brought to their classrooms, got to touch them and learn so much about them like their names, stories and where they came from. It gave them a whole different level of connection to the animals even though it was just five days a week during the summer.”

In contrast to the zoo, the Patel Conservatory does a lot to open the world of the arts to children. Students “hear cellos down the hall and opera singers practicing,” Stanford says.

Like Pena, Stanford recommends tapping into your child’s interests to find a good extracurricular activity.

“We saw that Hannah had the love of dance because we had a digital piano where you could hit a button and it would switch from genre to genre, and she would switch her dancing style” with the genre, Stanford says. Hannah has since reached her first goal, getting into the Royal Ballet School. “Her dream company I believe is American Ballet Theater in New York,” Stanford says.

If your child does not have an interest that stands out as much as Hannah’s or Pena’s children, they may just be waiting to discover it. Plus, there are benefits to extracurricular activities.

“It keeps children busy, safe, off the streets and enriches their lives,” Stanford says.

Zoo School offers “certified teachers from Pinellas, Pasco and Hillsborough so you are not having your child watched by kids and they are really getting quality educational interaction,” Pena says.

Each week at Zoo School is a different theme. “One [week] might be about orangutans or insects so you choose whichever is most interesting for your child. You can do one week or the whole summer, which is nice because if you have a vacation planned you can pick and choose what works for you,” Pena says.

For Zoo School, Pena advises sending a lot of water and making sure your children’s clothes and shoes are comfortable because “Zoo School is an active environment.”

Aside from the fun and the learning, camp experiences offer social benefits as well. “My children have made friendships with kids in Tampa and from other places,” Pena says.

But extracurricular pursuits are not always fun and games.

“It has had its highs and lows and is a hard journey that can sometimes have injuries and tears involved,” Stanford says of her daughter’s love of ballet. “Parents need to be a shoulder to cry on and they have to teach their child how to handle competition. Parents need to be a grounding force and give their child all the encouragement they can.”

There also are financial considerations. “Point shoes are not cheap, and we used to go through a pair every week,” Stanford adds.

Regardless of the camp, both moms think every child should experience it at least once.

“I believe that a child that has a hobby will not only develop more academically, whether they love the arts or sports, but they learn how to be a team player and have a level of maturity that sometimes a kid who is not involved in extracurricular activities does not get,” Stanford says.

Pena says, “It is nice to have the encounters and learn about the environment, species survival and the important role the zoo plays in helping to promote animal awareness,” Pena says.

While Pena’s children, who are in fourth and seventh grade, are eager to be interns at Zoo School one day, she is already living their dream. She is now a zoo employee.

You never know just how your child’s fantastic camp experience might positively impact you as well.

The Summer Camp Lunch Box with the @lunchboxmafia

Are you so excited to pack your final school lunch only to find out summer camp requires a packed lunch? No worries, friend! I'm...
Read more
HIllsborough County Summer Camps

Putting together a summer camp schedule can feel like a giant game of “would you rather.” Would you rather play sports or write a...
Read more