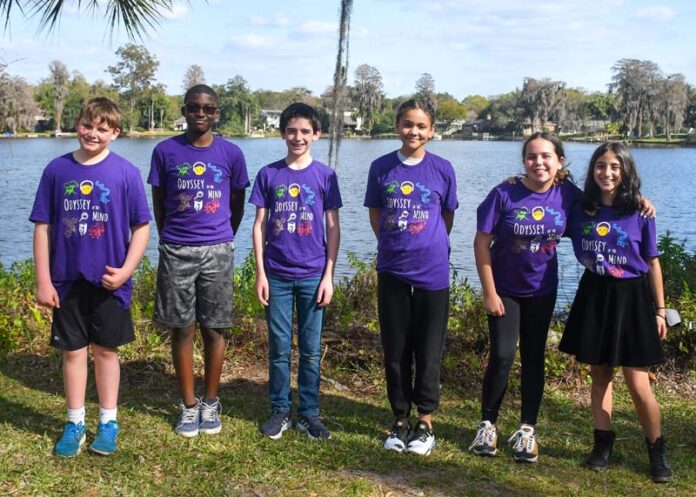 Can you tell the story of a historical figure as a musical featuring an optical illusion? Invent a circus unlike any other? Build a vehicle to escape an unusual room? Write a performance about an environmental threat with music, animal characters and … baking soda?

Your adult imagination may struggle to keep up with these wild scenarios, but if your child loves out-of-the-box thinking, you could have a future Odyssey of the Mind member in your house.

Each year, the international program – nicknamed OM – presents students with a series of open-ended problems. Students work in small teams to tackle one of these challenges, using their creativity and their strengths as individuals and teammates to offer solutions to present before judges. During competitions, teams also apply their quick thinking to solve a spontaneous problem.

Part performance, part construction and all problem-solving, Odyssey of the Mind is thriving in the Tampa Bay area. The four-county regional tournament that Corbett Prep hosted in the spring attracted more than 500 people. At the state tournament in Orlando, 17 teams from Hillsborough, Pasco and Pinellas scored high enough in their divisions at the state competition that they became eligible for the World Finals in Ames, Iowa, in May.

All four of Corbett Prep’s competing teams placed in the top five in their divisions, with the private school’s two middle school teams ranking high enough to qualify for the World Finals.

Corbett Prep’s seventh-grade classics team – which created a biographical musical about a historical figure – placed second in its division, and the sixth-grade Odyssey ReOMvention team placed third with its performance offering a creative solution to solving an environmental threat. The seventh-grade team will now head to World Finals 2022 from May 25-29, where hundreds of teams from around the world will gather to learn from each other, trade pins and T-shirts, host a creativity festival and showcase their original solutions.

Corbett Prep has a young program, just four years old, and this was its best season yet, said Suzanne Meiners-Levy, the school’s program coordinator. But while competitions teach students about handling pressure and thinking on their feet, the months spent preparing are the “odyssey” of the problem-solving process and the true essence of the OM experience. 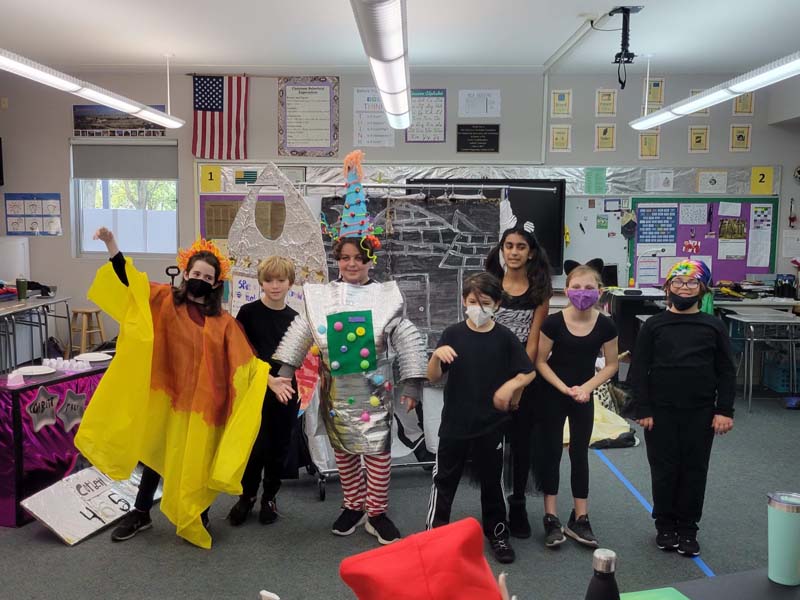 Why try Odyssey of the Mind?

For success in OM, Meiners-Levy said students have to develop social-emotional skills to practice kindness and act as supportive teammates. They learn to take an open-minded approach to problem solving. They have to work within a budget and time constraints.

They also must think independently, make decisions as a team and follow through on their plans. Parent coaches are present to supervise, but the ideas, decision-making and execution all comes from the kids. If the team needs a set, the students must figure out how to build a set and what to use. If they need costumes, team members sew or construct them. An adult can show students how to use construction tools, but the students have to independently design, build and revise their vehicles and structures.

The student-driven approach provides a great opportunity for team members to tap into their own talents, whether they are technical wizards, engineering geniuses or star actors. Corbett Prep’s seventh grade team even wrote and sang original compositions for their historical musical. It’s a true STEAM experience with solutions often touching on each area of the educational approach – Science, Technology, Engineering, Arts and Mathematics.

Because the students take leadership roles in every aspect, they feel ownership over and take pride in the finished product. They come out of the process with solutions that are unique, an ability to communicate ideas effectively and creatively and increased confidence in their abilities to handle complicated problems and surprise roadblocks.

These types of skills serve students well in all aspects of their education and likely into their future careers as well. Even if they never encounter a strange circus or save the world with baking soda, students benefit from this creative problem-solving journey.

Growing the Head and the Heart: International Baccalaureate in Elementary School

The International Baccalaureate (IB) Program is one of the most illustrious and popular of the magnet programs in Hillsborough County Public Schools—partly because our...
Read more
Education

In 1893, the Jesuit Fathers at Sacred Heart Church bought a piece of property on Morgan Street in Tampa. Their intention was to establish...
Read more
Education