Before the Mouse: Old Florida Attractions You Can Still Visit Today in Tampa Bay 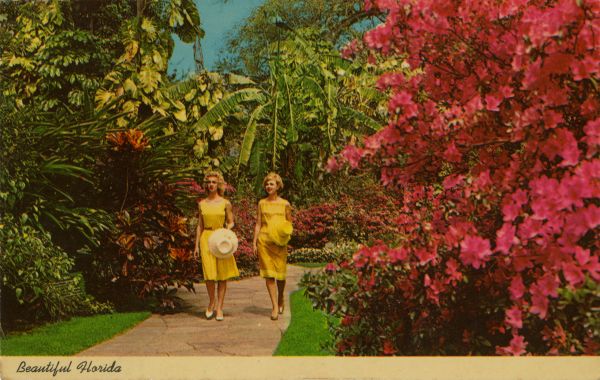 While there’s no doubt the arrival of Walt Disney World in Central Florida changed the landscape of tourism in Florida, the state’s beaches, natural springs, parks and weather have long attracted tourists here.

Before there were theme parks as we know them today, there were roadside attractions that families flocked to, and you can still visit many of these attractions today with your kids! Here are some of our favorite spots:

The mermaids of Weeki Wachee Springs have been entertaining families for generations since 1947 when founder Perry Newton opened the park, introducing the choreographed underwater ballet that proved to be an instant hit. Here’s a fun fact—the mermaids didn’t actually get their ‘tails’ until the 1960’s! Today, you can still watch the mermaids perform in the underwater theater. weekiwachee.com

Not too far from Weeki Wachee Springs State Park is Homosassa Springs State Park. Once known as “Nature’s Own Attraction,” it was home to various exotic animals, including the Ivan Tors Animal Actors. Today, you can visit one of those actors, Lu, a hippopotamus. The park is now owned and operated by the state as part of the Florida State Park system. floridastateparks.org

As one of the last remaining roadside attractions, the 100-year-old Sunken Gardens still inspires and leaves visitors in awe today. It was built in a drained ancient lakebed in 1911 by a plumber, George Turner, Sr. The rich soil allowed the hundreds of tropical plants and flowers to grow and thrive. It was such a sight to see that Turner began charging a nickel for tours in the 1930s. If you go today, you can still walk the garden paths, see the flock of flamingos and even visit Great Explorations Children’s Museum next door. sunkengardens.org

Established in 1929, Bok Tower Gardens is a place to seek peace, tranquility and soak in the beauty of the gardens and wildlife. Originally known as Mountain Lake Sanctuary and Singing Tower, founder Edward W. Bok built it as a bird sanctuary near one of the highest points in Florida (295 feet above sea level). You can still enjoy the music from the carillon’s 60 bells today. A modern addition, the Hammock Hollow Children’s Garden, is a must-visit with the kids. It’s not too far from LEGOLAND Florida and worth adding to your itinerary. boktowergardens.org

Speaking of LEGOLAND Florida, you’ll need a theme park ticket to visit Cypress Gardens, a  botanical garden that was opened in 1939 by Dick Pope, Sr. and his wife Julia. It’s a nice respite from the hustle and bustle of the theme park. You can still walk some of the same pathways and bridges tourists walked many generations ago, but the park is best known for the waterski show that was introduced in the 1940s. You can still catch the thrills today in the current LEGO-themed Brickbeard’s Watersport Stunt Show. One of our favorite spots in the garden is the banyan tree, planted from a seedling in 1939! Legoland.com/florida

Let’s head a little further south to Sarasota where we’ll visit yet another garden—are you noticing a trend here? Botanical gardens were quite the rage back in the day. Sarasota Jungle Gardens was built in the 1930s with thousands of plants and flowers from around the world. The bird shows were introduced in the 1970s. It is still a family owned and operated attraction today and is home to more than 200 animals. sarasotajunglegardens.com

Known as the “Alligator Capital of the World,” Gatorland has been attracting families since 1949, when it was built off Highway 17/92, then the state’s second most traveled highway. This was a chance for tourists to get up close to gators and reptiles. Today, the park has vastly expanded with a zip-line adventure over the alligator pit, a petting zoo, restaurants, splash pads and playgrounds, and more. gatorland.com

You don't have to be a penny pincher to want to take advantage of a free or cheap deal every now and then. We don't...
Read more
Disney + Central Florida Fun

Popular tourist spots may not always be so appealing to us locals. But, once in a while, it can be fun to visit the...
Read more