One Thing You Absolutely Need This Christmas 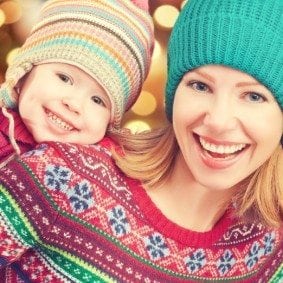 Breaking news: Christmas is on December 25 this year. Can you believe it?

I know, I know, it’s on the same day every year. But if you look at the way a lot of parents plan for Christmas, it almost seems like they forget it’s coming until December 1.

Then suddenly they go into panic mode and throw a bunch of Legos, Star Wars figurines, and video games on the credit card. The fun lasts for about three days, until their kids get bored with the toys and move on to something else.

But the debt sure isn’t going away, and parents often regret all that December spending when the January bills start rolling in.

The holidays are supposed to be fun, memory-filled times for families, but how can you enjoy those special times when you don’t even have the cash to pay for them?

As a parent, how can you put an end to this awful cycle of debt?

You start with a plan. That plan is called a budget, and you need to put one down on paper or in an Excel spreadsheet today.

Check out mychristmasbudget.com for a Christmas-specific budget form that will help you get started. Write down the total amount of money you want to budget for Christmas and how much you want to spend on each person.

Then, stick to that budget! If you need to spend $5 more on Aunt Sally, that’s fine. But you’ll need to pull that $5 from somewhere else in the budget.

After you get the budget in place, the trick is to make sure you’re disciplined. Your 4-year-old’s Christmas list may be a page long, but if you’ve only allotted $100 for toys for him, then don’t guilt yourself into spending $150.

One of the best principles you can teach your kids from an early age is contentment.

No amount of stuff will make you (or your kids) happy for any significant amount of time. Help your kids appreciate what they have been blessed with, whether it’s family, your home, or the toys they already have.

When you are content, your behavior begins to change—and that’s the true way to change how you view money. That’s what will make creating a budget second nature.

And when you make a habit out of budgeting, you’ll begin to really understand exactly where your money is going during the Christmas season and throughout the year.

If you’re struggling to make ends meet, a budget will help put you and your family back on track. But you may have to make some temporary sacrifices in order to win in the long run.

If Christmas this year means no gifts for your spouse and minimal stuff for your kids, that’s okay! Remember, this is only temporary.

Put a budget in place this Christmas, and build some solid money habits that will help you all through 2015. I promise you won’t regret it!

Rachel Cruze is a seasoned communicator and presenter, helping Americans learn the proper ways to handle money and stay out of debt. Her new book Smart Money Smart Kids, co-authored by her dad Dave Ramsey, released April 2014 and debuted at #1 on the New York Times best-sellers list. You can follow Rachel on Twitter at @RachelCruze, online at rachelcruze.com, or at facebook.com/rachelramseycruze.

Tampa is once again going BIG this Fourth of July celebration with the return of Boom by the Bay, featuring several amazing fireworks displays...
Read more
Food + Drink