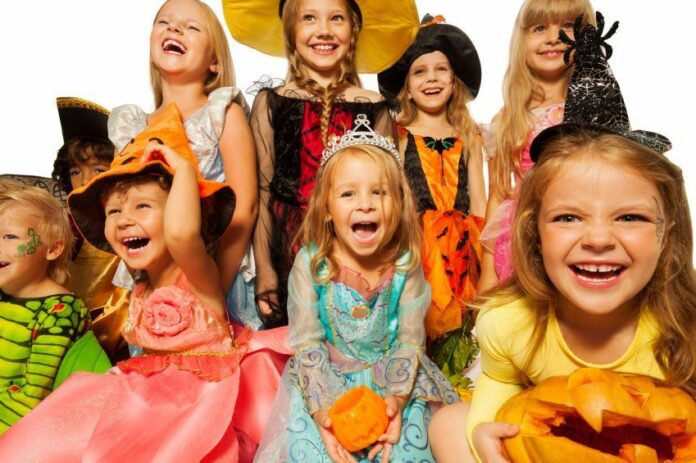 Yet again, Party City is under fire from moms across the nation of selling over-sexualized costumes for girls. The Internet’s opinions are mixed: demanding that Party City changes their products or chiding mothers for making a huge deal about nothing. So, I decided to browse Party City’s website for myself.

I started with the Toddler Section, which has received the most uproar. Miss Mad Hatter, Hello Kitty, Rainbow Dash from My Little Pony… at first glance, the colorfulness and frills of the outfits brought envy. But what upset me the most was the how the occupational costumes were depicted between young boys and girls.

First off, there are a lot less career-based costumes that a girl can choose from than a boy. Although, I do figure their 2015 launch of merchandise had a lot to do with demand; but, for a company that brags about having such a large selection of costumes, adding the same occupational costumes for girls only grants them the ultimate title. If losing money is an issue, produce less costumes in general. The importance lies within the option because the notion that a girl cannot grow up to be “anything she wants to be” starts when a parent must tell their child that the costume she wants is not available for girls.

Second, the girl-version of the occupational costumes are not at all realistic. Male and female police officers wear identical costumes. The same goes with cowboys and cowgirls because everyone knows to wear jeans while horseback riding or working at a ranch. These young girls are set to think that their costumes are pure make believe rather than a representation of their aspirations.

When it comes to naming and writing a description for the costumes, I get it. Any company wants to do a play on words. It’s all marketing. I cannot be too upset because children often don’t really take into consideration the text on the packaging. They see the picture and their imagination goes flying.

The problem does not lie in over-sexualized costumes because to be honest, I could not comprehend what it meant to be “sexy” at that age. As a child, I would only see a dress or skirt as another outfit my mother picked out for me, along with my t-shirt and jeans or overalls. I did not notice how “revealing” an outfit was, but if it was a hot summer day, minimal coverage seemed darn good. Getting dressed was the way it should be: if you like it, wear it. Fight the stigma!

In conclusion, my real concern is how these costumes instill gender roles, especially to children. Although small, they are more perceptive to their surroundings than we think.

Oh, how we've longed for this weekend to come--Memorial Day weekend, the "unofficial start of the summer season" is finally upon us and it's...
Read more
Food + Drink

Dining out can be fun but can add up quickly! Fortunately, several places around Tampa are offer deals where kids eat free with the...
Read more