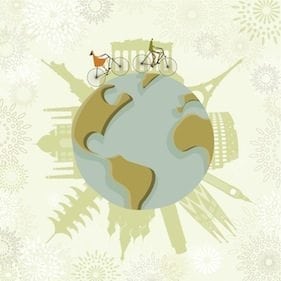 When children misbehave, act in a juvenile manner instead of responsibly, talk disrespectfully to us, yell at us or pitch a fit, it can be utterly frustrating for parents.

If a child’s behavior deteriorates further into failing classes, going behind our back, lying or heaven forbid stealing, the connection we inherently have with them can quickly morph into anger, perhaps even rage.

As a child’s behavior spirals downhill, the child we so love can become our worst nightmare.

Whether our reaction to such behavior is that of anger, guilt-tripping, grounding or loss of privileges, the discipline we administer is rarely the last word on the issue. The child’s response isn’t usually, “You make a really good point. I want to change what I’m doing.” Instead, the problem generally intensifies, taking one of three forms.

Some children become compliant because they want to keep us happy or please us. Often only in midlife do such children wake up to the realization they are merely going through the motions of a life that was pushed on them. Children with this temperament may become a battered wife, an abused husband or experience a midlife crisis because they sense the life they built isn’t at all true to who they really are.

Other children can’t be made to fit in quite so easily. In their case, the behavior we are trying to fix may go underground. They become sneaky, untrustworthy, deceptive and, perhaps mean. Whereas we thought we were teaching them generosity and kindness, we find them backhandedly grabbing a cookie off their friend’s plate or saying the nastiest things to their sibling. Thinking we raised such a great kid, we find our angel has been lying to us about their homework and hasn’t turned in an assignment all semester.

The third way children react to many of the usual forms of discipline is to rebel, especially as they enter their teens. Drinking, doing drugs, engaging in sex, and cutting up or cutting out at school become the norm, and we’re left wondering how a child from such a good home turned out this way.

In the worst case scenario, a child may begin to self-harm. This can take a variety of forms, including binging, anorexia, cutting and suicide.

Parenting has tended to revolve around either requiring children to toe the line or allowing them to be a free spirit. The evidence that neither polarity works is all around us in the confusion, depression, dysfunction and hostility that mars the lives of so many children.

As a clinical child psychologist, I’ve had the opportunity to witness how disciplining our children doesn’t work any more than a laissez faire approach.

From my experience with my daughter, I saw that none of the popular methods of raising children — the tricks and tips of the countless books on bookstore shelves — are truly effective. Which is what led me to “conscious parenting.”

What all of us desire for our children is someone who grows up to be aware. By aware, I mean knowing their own mind and being able to connect from the heart.

We want your children to become young adults who both hear their inner voice and can express it. You want them to learn about themselves — what makes them tick, what’s unique about them and what they truly enjoy. For only when a person values themselves, believes in themselves, and loves doing whatever they may be doing are they truly happy. Plus, only to the degree that we love ourselves and our life are we going to be able to love others and want to make their lives better.

For a child to find fulfillment, it’s crucial they discover the difference between their heartfelt feelings and the tendency we all have, until we learn to train ourselves otherwise, to react to situations with untamed emotion.

In other words, a child who grows up to true to themselves, contributing to the family and the broader society in their special way, is a child who engages in self-discovery coupled with emotional containment and self-regulation.

With a self-disciplined child, no one has to be on their case. They don’t require shaming or guilt-tripping to get them to do things. There’s never a need for instilling fear in them, being angry with them, grounding them, or inflicting any form of punishment.

Conscious parenting doesn’t resort to discipline. Rather, it’s built on the two pillars of consequences and connection.

Many of us tend to think in terms of how we need to figure out a consequence for what our child may have done. But when we as parents step in to devise what we call a consequence, we aren’t allowing consequences to do their vital work. In fact, we’re doing the very opposite. We’ve resorted to punishment — and punishment always builds resentment, which doesn’t bode well for a child’s chances of growing up to be self-regulating.

Consequences are never imposed. Rather, they are the natural outcome of a person’s behavior. When consequences are allowed to do their important work, a child learns from the simple correlation of cause and effect.

The big challenge we have as parents is not to intervene to rescue a child from the consequences of their behavior—unless life or limb is threatened.

To illustrate, a child who doesn’t complete their homework assignment doesn’t learn to be self-regulating when we nag them, impose restrictions on them and in other ways cajole them. We have made completing homework the goal at the expense of the more important life lesson of natural consequences, which is terribly shortsighted.

Neither do children learn to be organized if, whenever they are so disorganized as to run late, we repeatedly bail them out by driving them to school or some other event because they missed their ride.

If a child speaks to us in an ugly fashion, where’s the connection between taking away their computer or cellphone?

Parents have a hard time with disrespect. But a child’s disrespect for us is no different from the way we often speak to one another as adults. Do we take each other’s cellphones? Of course not.

Like a lack of academic motivation or a lack of organization, disrespect is something to be discussed — just as we discuss these issues with a spouse, a friend or an employee. Questions need to be asked such as what’s triggering the disrespect, so that we get to the underlying issue. Are we perhaps in some way imposing our agenda, causing our child to feel invalidated? This is often what leads to disrespect, disconnection and friction between couples, for instance.

Honoring a child as a unique person, with a right to pursue their unique path in life instead of having to bend to ours, requires that we know our boundaries as parents. We don’t walk all over our children, either verbally or by forcing them to go contrary to their nature.

Neither do we allow our children to walk all over us. If their manner and tone dishonor our personhood, we don’t take it lying down. We address the issue, allowing any consequences to flow naturally from the situation itself. But, for instance in the case of a curfew, we don’t get into it that night. Instead, we express our happiness that our child is home safe and had a good time, then talk about the curfew at a calm moment the next day or the next time an event requires a time limit.

Emotional containment is crucial in such situations. If we hit back when a child is rude or disrespectful, we descend to a primitive level and teach nothing about being adult.

If our child is yelling at us, perhaps even cursing, we don’t try to control them. To one-up them at such a time by telling them, “Don’t talk to me in that tone of voice, I’m your mother,” only escalates the problem into a fight, while ignoring what’s really driving the disrespect.

Instead, the key is to model a mature response by containing and restraining our impulse to react. Rather than venting our emotion on our child or alternatively stuffing it, we let it be known calmly that we aren’t their punching bag. In this way we become an example of setting appropriate boundaries.

To make it clear, a child who is deprived of attending a friend’s birthday party because they spoke to us disrespectfully learns nothing about respect, only to resent us all the more. This is because there’s simply no connection between being told, “You can’t go to Mary’s party this weekend,” and being spoken to disrespectfully over an issue having to do with, for example, turning the television off because it’s bedtime.

When they are little, we may overpower our children in this way, showing them “who’s the boss.” But this approach comes at the cost of building resentment. When they get into their teens and we can no longer so easily overpower them, they will likely show us.

A natural consequence of a child talking to us disrespectfully would be to withdraw from the situation. A parent might state calmly, “I don’t like to be spoken to in this way. I will be in my room. If you would like to discuss this matter, you are welcome to join me and explain your point of view whenever you feel ready to do so.”

The key is to engage our children on a moment-by-moment basis. We don’t drag up what happened yesterday. Neither do we inject our fears over what might happen in the future into the situation. Rather, we seek to understand, and be understood, as we increasingly negotiate with our children in an age-appropriate manner. We must never forget that we are the parent, but we must simultaneously remember that neither are we our child’s overlord.

To be able to negotiate is one of the primary skills a person needs for success in business, romantic relationships, social situations, and just about any arena of life. To invite our children to talk with us, truly hearing them, and explaining ourselves to them instead of resorting to power plays such as “because I said so,” is how negotiation is learned. There is a back-and-forth, until a win-win solution emerges.

It comes down to the fact that connection, not correction, is paramount in any relationship. As adults, we don’t enjoy being called on the carpet and often resent it. No less is this true of our children.

Parents have a huge ability to influence their children. But this influence needs to be along the lines of encouraging them to engage in self-discovery, asking questions, developing their initiative and experimenting with their natural tendency to be creative.

As we learn to honor our children as real people who are our equals, guiding them in an age-appropriate way, we will discover all the ways in which we grew up to dishonor ourselves. In this way, both our children and we ourselves learn what it means to be whole people.

Dr. Shefali Tsabary is a clinical psychologist, author, speaker and founder of Global Inner Disarmament (Global ID). She has a private practice in New York City.