Be a Part of History: Ringling Bros. Circus in Tampa This Week 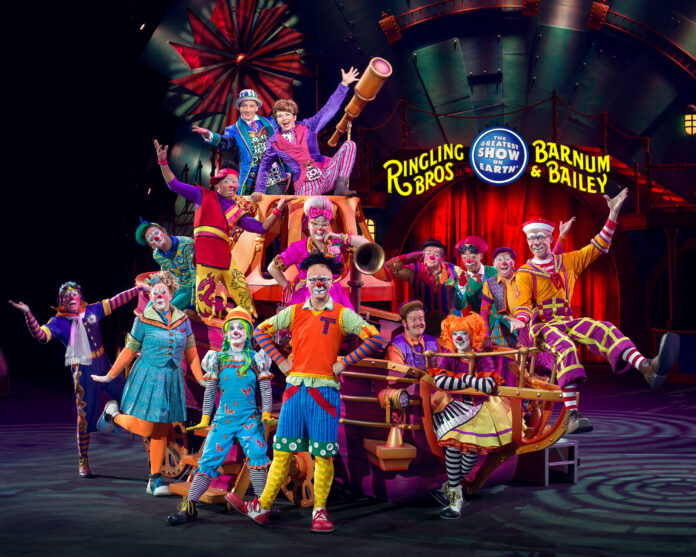 Your chance to be a part of history is heading to Tampa Bay Wednesday, January 25-Sunday, January 29 as the world famous Ringling Bros. Barnum and Bailey Circus makes one of its final performances at Amalie Arena. The world famous circus has been thrilling children of all ages for 146 years. Feld Entertainment, the company which owns and operates the circus, recently announced the decision to fold the circus tent for good in May.

“Ringling Bros. ticket sales have been declining, but following the transition of the elephants off the road, we saw an even more dramatic drop. This, coupled with high operating costs, made the circus an unsustainable business for the company,” said Kenneth Feld, chairman and CEO of Feld Entertainment in statement on the company’s website.

Read more about the decision on Forbes.com.

The Ringling Bros. Barnum and Bailey Circus Xtreme will dazzle and stun audiences for five days at Amalie Area. You can purchase tickets here. Don’t miss out on this chance for your children to experience The Greatest Show on Earth, just as children from around the world have for more than a century.

Kayaking on the Weeki Wachee River is a magical experience every kid and family should experience at least once in their lifetime. As your kayak floats...
Read more
Ask the Doc

The COVID vaccine is now available to the youngest age group of children, ages 6 months old and older. This means, all children ages 6...
Read more
Things to Do

You don't have to be a penny pincher to want to take advantage of a free or cheap deal every now and then. We don't...
Read more