At Center Stage: Benefits of the Performing Arts in Education 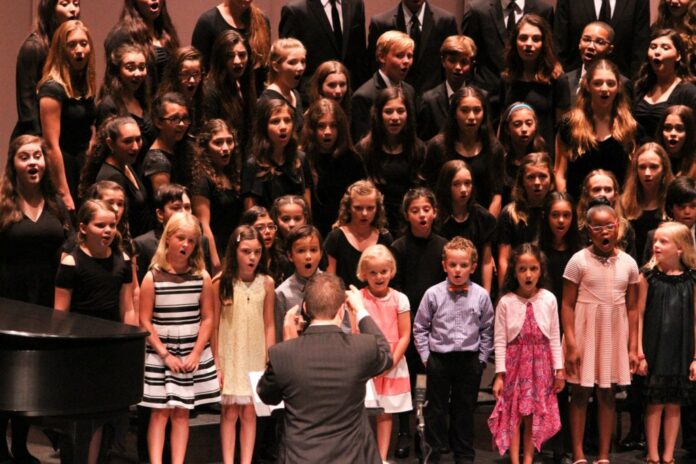 Research has only scratched the surface in identifying how exposure to and study of the arts affects the whole person.

Gleaning from 16-plus years of arts education experience, I’ve observed that students develop specific skills beyond higher test scores through involvement in the arts. Motivation, persistence, sense of identity and the ability to think creatively are just a few examples of attributes students acquire through first hand involvement in music, dance, theater and musical theater.

When my elder daughter decided to join the school marching band in seventh grade, I was concerned the added commitment to an extracurricular activity might affect her grades.

The results were quite the opposite. Instead, participating in band provided her with the motivation to pick up her clarinet daily to rehearse so she was prepared each day.

An added benefit was what emerged as part of her routine: She became more consistent in completing the very academic assignments I was concerned about. She tied goals to her involvement in band, and though young, the possibility of someday vying for drum major or receiving a solo became a motivator for her to practice and improve as a musician.

As a parent, I began to see her make daily choices in how she spent her time that made her involvement in band a priority.

The arts serve as a profoundly effective self-motivator for students, and what parent doesn’t relish in a self-motivated child?

Helping our children to persevere takes up a good part of the task of parenting. Reaching for higher goals, resilience, persistence and pushing through adversity are desires we all have for our children.

As parents, we know that if our kids have these qualities, they can become all they are meant to be. I once heard a parent say, “There are just some things you can only learn through the discipline and routine of sitting at a piano and practicing for 30 minutes a day.”

Whether it’s leaping higher, playing a piece with increased precision or memorizing lines for a difficult role, performing artists spend hours in the studio, in the practice room and on the stage honing their skills.

The ultimate test of confidence in your area of skill is to display your work for an audience. Students in the arts do so in a culminating recital, concert or performance. Some performances are near perfect and all the performer desired them to be, while others contained obvious or not so obvious errors.

Performers have the task and challenge of returning to rehearsal and the goal of the next performance opportunity.

At the Patel Conservatory, we are continually reminded by parents that their child has “found their place.”

Whether it be a dancer who finds her identity as a ballerina and the self-worth that establishes; the musician who plays with a chamber group, orchestra or sings with a choir; or a shy child who realizes he blossoms onstage, the sense of place the arts establish for a student keeps them coming back.

The structure and discipline of arts study occupies children and keeps them “busy” in constructive, positive ways that parents hope for.

In education, teachers are familiar with Bloom’s taxonomy that defines “creating” at the highest level of understanding. With the current focus on the STEM benchmarks of celebrating innovation, critical thinking and problem solving, many people don’t realize that these skills are automatically learned in arts education.

Students in the arts innovate by creating works, mood, character, beauty, memories, moments and friendships that endure beyond the final bow. Arts students develop a critical eye for their work and the work of others. Problems solved onstage include long-term processes such as making the most of limited resource and improvising solutions in high pressure situations.

After all, if a prop drops accidentally during a show, actors have to figure out how to remove it and make it seem natural. That skill comes in handy throughout life, when we get many metaphorically dropped props. You simply cannot succeed in the core areas of STEM without what the arts bring to it because engineers and techies can’t do their work unless they create—and the arts are the academic areas that best encourage creating.

Beyond any research study, in time, I believe we will look back see with 20/20 hindsight how lack of arts training and exposure has affected our society and culture.