Razorblades In Candy – Should You Still Be Nervous This Halloween? 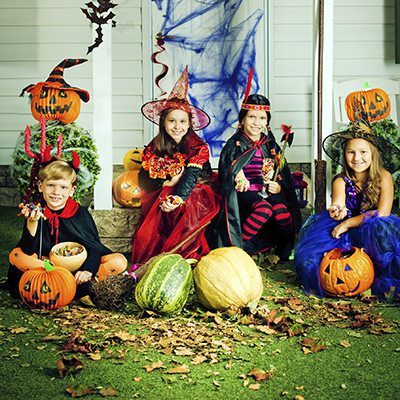 All it took was a few counties in New Jersey in 1967 to have reported cases of razor blades in apples passed out at Halloween to start a national scare; however, each case had no injury to the child which concluded that it was a trending prank that children pulled on their parents, according to snopes.com. Nonetheless, the media picked it up and rumors emerged across America of candy having sharp objects in them or even deadly poisons.

In 1982, fuel was added to the fire when seven people died from poisonous injections in food and medicines. Although every case was non-candy or non-Halloween related, parents began to worry and inspected their child’s goodies that Halloween.

In 2015, a Facebook user by the name of Thomas Chizzo Bagwell shared a photo of Ecstasy’s new form that looks a lot like candy. Again, the public concluded that lethal drugs might be passed out during Halloween and is a dangerous way for children desiring a sugar high to actually face a serious overdose. This exact same concern circulated in the decade of 1970 when parents believed neighbors might serve their child strawberry meth. However, exposing children to drugs in this fashion has never been profitable. According to snopes.com, “the small collection of pills depicted here represents a street value of hundreds of dollars, so the notion that a neighbor would be distributing them to trick-or-treaters for no ostensible reason is rather implausible (especially given how many drug users tend to carefully guard their stashes and often won’t readily share them with friends, much less randomly-selected small children.)”

So, do you have to worry about candies passed out on Halloween being filled with blades, poisons, or drugs? Not really since we have no prior evidence. But should you still check out your child’s basket? Of course, because you never know if 2015 is going to be the year that changes Halloween, sadly.

Oh, how we've longed for this weekend to come--Memorial Day weekend, the "unofficial start of the summer season" is finally upon us and it's...
Read more
Food + Drink

Dining out can be fun but can add up quickly! Fortunately, several places around Tampa are offer deals where kids eat free with the...
Read more