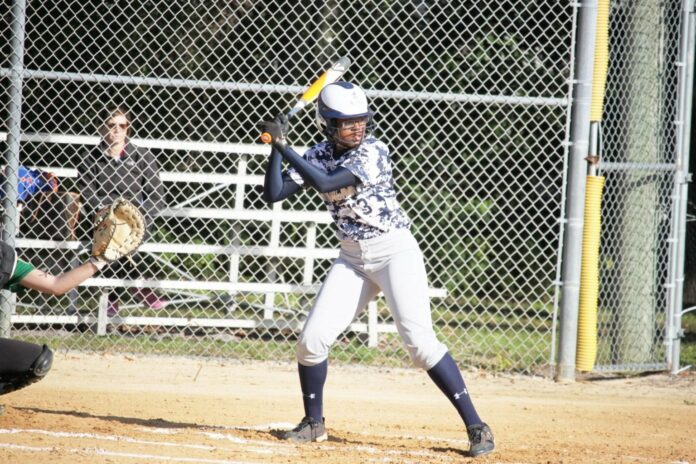 Maiya Fudge is a standout softball player at Admiral Farragut Academy in St. Petersburg, but it was while playing one of her school’s volleyball games last fall that she suffered a sports injury she couldn’t shake off. During the game, she suffered two hits to the head. First, the volleyball hit her in the back of head during a play, but she decided she felt ok to get back in the game. A few plays later, Maiya went after the ball but ended up running into another player and fell to the court.

“The first time I got hit it wasn’t as noticeable; I just got a slight headache,” says Maiya, 17. “Then the second time when my head hit the floor, I kind of blacked out for a couple seconds and only remember certain bits and pieces.”

Maiya’s mom, physician Marilyn Fudge, M.D., watched her daughter play that night and everything seemed fine—there were no immediate signs of a concussion. However, the next day Fudge got a phone call saying that Maiya had a severe headache and needed to be picked up from school.

“I went to school and I knew I felt funny, and felt like I was off,” said Maiya. “I had a quiz and couldn’t remember anything.”

“As parents we have to take it seriously, because it’s very easy to say ‘shake it off and keep moving’ but it really is very serious and the precautions have to be taken,” her mother adds.

Because a concussion is an injury to the brain that doesn’t show on an MRI or a CT scan, it can sometimes be hard to diagnose. However, before participating in sports, many Florida high schools provide ImPACT testing – a computer-based neurocognitive assessment that helps identify difficulties with memory, processing and reaction time, ultimately helping experts to determine if an athlete likely suffered a concussion. Soon after being sent home from school that day, Maiya was evaluated at the All Children’s Hospital’s Sports Medicine Clinic and her symptoms, exam and ImPACT test results pointed to concussion.

Not only did Maiya have to avoid sports for several weeks, but Patrick Mularoni, M.D., Medical Director of Pediatric Sports Medicine and emergency center physician at All Children’s Hospital Johns Hopkins Medicine, started her on a physical and cognitive rest plan to help her brain recover from the  symptoms.

“Maiya is into high achievement so she was worried about falling behind, keeping up and still doing well – and I told her not to tax herself,” her mother recalls.

“I didn’t realize how much school I was going to miss,” says Maiya. “But then after the first couple of days they told me to go back half a day and I realized I couldn’t even make it half of the half day. I started to realize more that I actually have to take time to rest.”

“When a student athlete is having active symptoms and having headaches each day or dizziness, we often keep them away from school and have them return to school in a gradual way,” says Mularoni. “Most students will start with a half day to re-acclimate to school and the stresses associated with their studies. We’re not only asking these athletes to refrain from playing on the field, but when they’re at home we’re asking them to avoid television,  working or playing on the computer and even stop texting because any of those cognitive loads can cause symptoms to worsen.”

While the Florida High School Athletic Association has return-to-play protocols that say concussed student athletes cannot return to the field, most schools do not have policies on when a student can return the classroom after a concussion. Mularoni and the sports medicine team at All Children’s Hospital treated more than 500 student–athletes with concussion last year, and he continues to work with school leaders in the Tampa Bay area to establish a return to learning document that provides communication between the healthcare provider and the student’s teacher. This form creates a prescription for successful return to school and lists symptoms that the student is currently showing so teachers can be aware of what to look for and provide accommodations to help the student slowly return back to learning.

“Every student athlete reacts to a concussion differently and it can sometimes be difficult to know whether a student athlete is suffering from a concussion,” adds Mularoni. “Teachers are very important members of the care team because they may be able to identify if a student is suddenly not performing at their typical level or having difficulties focusing on their classwork. Because quick and proper return to the classroom is so important, return to learning policies should be established by local school districts so we can continue to provide the best environment for recovery and return to the student-athlete role after a concussion has occurred. ”

Maiya says when she first started to return to school it took her a few times to read through lessons and other work. Gradually, she was able to comprehend the material and jump back into her school work as normal after a few weeks. Maiya knew that until she was 100 percent back in the classroom, she wouldn’t be able focus on sports, so she took her recovery seriously and now encourages other student athletes to do the same.

Her mother agrees and says parents need to be just as involved in cheering their child on in school as they are in sports. “Parents have to pay attention to their kids and also make sure to be an advocate for their child if there are having learning issues, to make sure instructors give them extra time and also say ‘no my child isn’t ready to play.’”

For more information on concussions and returning to learning post-concussion visit www.allkids.org/concussion

CONCUSSIONS: What to Look For