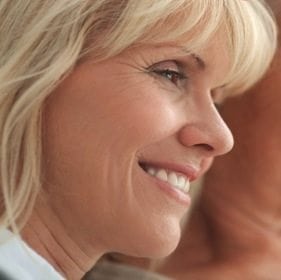 Every October, during Breast Cancer Awareness Month, women are reminded of the importance of early detection and annual mammograms. But how many of us are actually following through on this advice? How many times do we say “I’ll get my mammogram done next year”?

The numbers for breast cancer survival are encouraging. With early detection aided by advances in imaging, women are surviving breast cancer in increasing numbers and moving forward with their lives.

Recently, screening mammograms have improved with the introduction of 3D mammography. Approved by the FDA in 2011, this revolutionary technology is changing the future of breast screening.

3D mammography is a revolutionary new screening and diagnostic tool designed for early breast cancer detection that can be done in conjunction with a traditional 2D digital mammogram.

During the 3D part of the exam, the X-ray arm sweeps in a slight arc over the breast, taking multiple images. Then a computer produces a 3D image of breast tissue in one millimeter slices, providing greater visibility for radiologists, who can then scroll through images of the entire breast like pages of a book.

With digital mammography, the radiologist views all of the complexities of your breast tissue in one flat image. Sometimes overlap of normal tissue can create the appearance of a cancer. The additional 3D images make it possible for the radiologist to recognize that there is not a significant mass so the patient does not have to return for additional imaging.

By looking at the breast tissue in one millimeter slices, the radiologist can provide a more confident assessment. Current findings show that 3D mammography can reduce recall rates by up to 37%, meaning that women are less likely to have to return for additional testing because something unusual appeared on their mammogram. This means fewer women have to undergo the anxiety and distress associated with a call back. 3D mammography has also been shown to improve cancer detection by as much as 30%.

So this October do something for yourself. Take the time to schedule your mammogram. Don’t wait!

Dr. Katherine Reed specializes in Diagnostic Radiology and Nuclear Medicine and serves as the Medical Director of the Breast Care Center at Florida Hospital Tampa. To learn more about Florida Hospital Tampa and how our physicians are providing comprehensive care for women, including 3D mammography, visit www.fhtampa.org. To schedule a mammogram, call 813-615-7120.